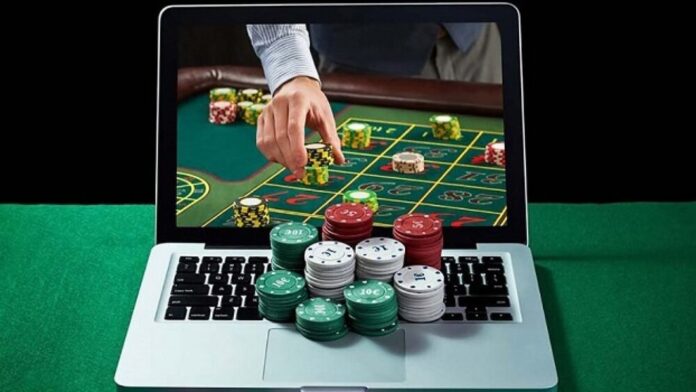 Canada is one of the few nations in the world with a unique blend of urban modernity and beauty. From the beautiful skyscrapers in Toronto to the frozen tundra of Nunavut, Canada has a lot to brag about. Canadians have applied their national pride to the gambling industry. And the gambling laws and casino offers that ensure that everything runs perfectly.

While other nations swing from one extreme to the other when it comes to gambling, the lawmakers and citizens of Canada have managed to take a balanced approach despite the ease to make money easily. Most of the Canadian gambling laws are flexible. The lawmakers always keep the welfare of the public in mind when creating new laws or making amends.

Today, we are going to provide you with a clear overview of the gambling laws in Canada and the opportunities that you’ll have if you apply them while playing. Like everything else, laws in any nation do change after some time. Therefore, if you are unsure about anything, it’s best to consult your attorney or a government agency before risking too much as a Canadian gambler.

A few years ago, illegal gambling was one of the main domains of organized crime in Canada. And since most gambling forms were outlawed in the country before 1970, these canning individuals had lots of opportunities to trade and make huge profits.

That started to change gradually after 1970 when a couple of illegal gaming activities could be easily accessed by the average citizen. Another major change took place in 1985 where provinces and territories were allowed to oversee gambling activities such as charitable gaming, slots, and lotteries.

As organized crime entities relied on illegal gambling as their main source of revenue, the practice was also adopted by a few tech savvy crooks. These individuals would rig customers and sporting events and avoid paying the taxes. This soon became a huge burden for the city and law enforcement agencies.

While other serious offenses in Canada carry a maximum of a five-year prison term, gambling-related issues are limited to two years of imprisonment. Other offenses such as keeping a common betting house are limited to six months at most in jail plus a $5000 fine.

Compared to its neighbors, Canada has lenient gambling laws. This is mainly because the leaders and citizens desire a more progressive and reserved nation. Unlike land-based gambling, online gambling in Canada falls into a gray or vague area.

Canadian laws do not prohibit betting through the internet. However, it requires the service to be licensed or managed by the provincial government to be considered legal. This has not prevented thousands of unlicensed offshore sites from offering their services to Canadians.

Has any online gambling site ever been prosecuted in Canada? According to casinosapproved.info’s website, law enforcement authorities in Ontario conducted raids, charged nineteen people, and seized at least two million in cash from Platinum Sports Book users. Despite such cases, there are plenty of licensed Canadian online gambling sites that players can access without any worries.

The nation of Canada is made up of ten provinces which include Ontario, Manitoba, Nova Scotia, Prince Edward Island, Alberta, British Colombia, Quebec, New Brunswick, Saskatchewan, Newfoundland, and Labrador.

All the provinces are self-governing entities with powers granted to lieutenant governors by the federal government. Any change in this relationship requires amendments in the constitution. Let’s examine the gambling laws in Canada provinces and how they relate to the citizens.

Ontario is the most populated province in Canada. With this fact in mind, you shouldn’t be surprised by a 2011 poll that found that 82.9 percent of the adults in the province had admitted to accessing real money casino at least once during the year.

If you are interested in joining the party, online gamblers can wager and access their favorite games through the internet. While you can choose from a wide range of betting options, you should ensure that the platform you are using is licensed and regulated by the gambling authorities.

Since the 1970’s Quebec has been offering legal games to its citizens. The accepted options have gradually grown over the years. If you live in this French-speaking province, some of the accepted gambling options include horse racing, lottery, sports betting, online gambling, charitable gaming, and video lottery terminals.

Nova Scotia is the second-smallest province in Canada and it’s known for fishing and agriculture. 87 percent of the adults gamble at least once per year.

Some of the legal gaming options available include casinos, sports betting, horse racing, video lottery terminals, and online gambling. As for online gambling, the province has no gaming sites of its own. Therefore, residents can access licensed offshore online casino in Canada without any fear.

Although the population of the province is less than a million, residents have several legal gambling activities to choose from. They include horse racing, sports betting, casinos, charitable gaming, and online gambling for real money. Online gamblers can choose from a wide range of offshore casinos. A few years back, New Brunswick openly reported of its idea to launch its casino website.

Gambling is allowed in this province and these activities are regulated by the Liquor and Gaming Authority which was established back in 2014. Visitors and residents can enjoy gambling online on the government-owned website.

While you’ll find thousands of unlicensed offshore casinos in this province, it’s best to avoid them. Other forms of gambling allowed include horse racing, lottery, charitable gaming, sports betting and casinos

Bri
tish Colombia has been offering its residents gambling opportunities for more than three decades now. As for real money online casino, the only regulated site in British Colombia is Play Now which owned by the Lottery Corporation.

The site contains a wide variety of gambling games which include poker, baccarat, blackjack, and sports betting to name a few.

Canada is a great country with diverse racial, cultural, and religious backgrounds. The same applies to the gambling sector where you’ll find a wide range of options available throughout the provinces. Before playing, always ensure that you’re adhering to the canadian gambling laws.

Share
Facebook
Twitter
Pinterest
Linkedin
- Advertisment -
Facebook Flipboard Instagram Linkedin Twitter
© 2021 Retail Insider Media Ltd. All Rights Reserved. The content on this website is protected by the copyrights of Retail Insider Media Ltd. or the copyrights of third parties and used by agreement. No part of any of the content of this website may be reproduced, distributed, modified, framed, cached, adapted or linked to, or made available in any form by any photographic, electronic, digital, mechanical, photostat, microfilm, xerography or other means, or incorporated into or used in any information storage and retrieval system, electronic or mechanical, without the prior written permission of Retail Insider Media Ltd. or the applicable third party copyright owner.