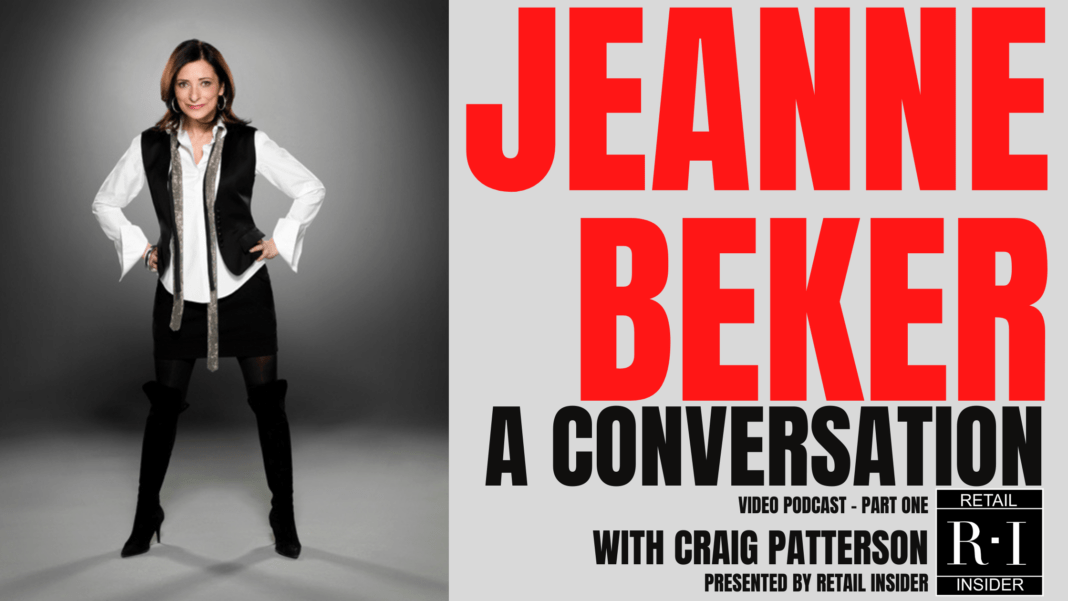 Craig and Jeanne discuss retail and fashion and where things are going as consumer preferences shift during the COVID-19 pandemic. Included is new information that some may not know including Jeanne’s first fashion job at Toronto’s Yorkdale Mall where she also held her Sweet 16 party. Also stay tuned for part two of the podcast where Ms. Beker discusses her career on television including her current role as a host of Style Matters on TSC Today’s Shopping Choice.

Jeanne Beker, who recently marked her 69th birthday, grew up in Toronto and launched her career in 1968 with an acting role on CBC television sitcom Toby. Craig and Jeanne discuss her brief history of studying as a mime in Paris prior to moving back to Canada to work at CBC in Newfoundland as an arts and entertainment reporter before moving back to Toronto in 1978 to The NewMusic prior to landing in the fashion space.

Watch the video podcast below (Ad Blockers need to be disabled as they may block video player):

Alternatively, listen to the ‘audio only’ version of the video podcast here:

Jeanne is the author of six books, including:

The second part of the series has been released and is available to watch here.

Retail Insider - May 16, 2021
Gary Lenett, co-founder of Vancouver-based DUER, speaks to Craig about how he founded the brand, his vision for the future of retail as well as advice for entrepreneurs.

Load more
Previous articleHow Pickers, Packers, and Drivers Are More Important to the Brand Experience Than Ever in Canada
Next articleJLL Report Shows How Retailers and Foodservice Businesses in Canada Have Pivoted with Delivery and Curbside Pick-Up