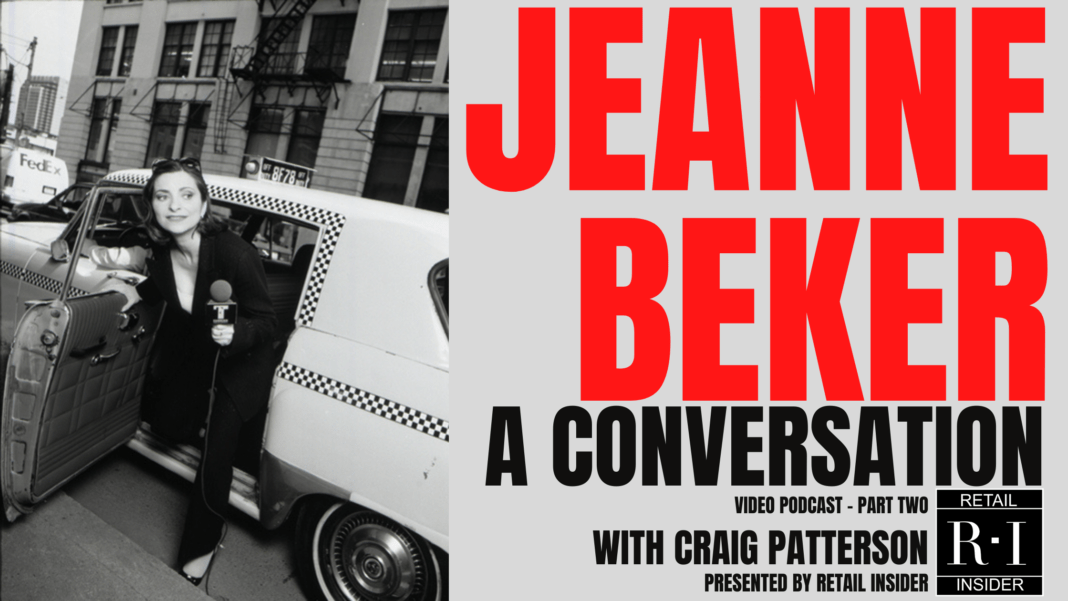 Retail Insider’s Editor-in-Chief Craig Patterson recently interviewed fashion icon Jeanne Beker in a two-part podcast. Ms. Beker was host of Fashion Television between the years 1985 and 2012 and the conversation includes a discussion of some of the most memorable moments, including exclusively announcing the retirement of iconic fashion designer Valentino.

Jeanne Beker captured the hearts and minds of Canadians by showcasing a glamorous world that Fashion Television also aimed to make accessible to the masses. Fast forward today and we see a democratization of designer brands in Canada and beyond.

Ms. Beker continues to be active in the media world including her current role as a host of Style Matters on TSC Today’s Shopping Choice.

Watch the Part 2 Video directly below. As well, last week we published the first video podcast where Jeanne Beker discusses the future of retail in Canada as well as some highlights from her past, including her first job which was at Toronto’s Yorkdale Shopping Centre [See the Jeanne Beker video podcast #1 here].

Watch the part 2 of the video podcast below (Advertising Blockers need to be disabled as they may block video player):

Alternatively, listen to the ‘audio only’ version of the video podcast here:

Jeanne is the author of six books, including:

The first part of the series was released last week, which you can watch here.