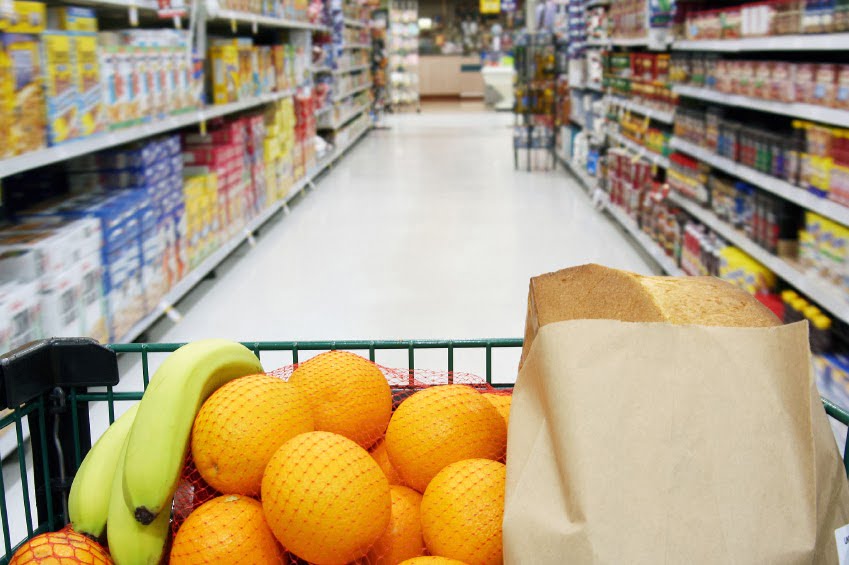 The Canadian grocery industry went through a major transformation in 2013, the likes of which we’ve not seen in this country before. New national players debuted on the scene, led by Target’s first international expansion. There were massive takeovers – such as Loblaws’ purchase of Shoppers Drug Mart and Sobeys’ acquisition of Canada Safeway.

Even the way in which consumers purchase their groceries began to shift, as the year closed out with online giant Amazon’s foray into the food retailing ring. All of these changes have contributed towards making the grocery category the most competitive shopping space in Canada – a retailer “battle for positioning” that we should only expect to intensify in 2014.

Canada has long been recognized as a market with wonderful potential for many companies looking to expand internationally. This was certainly the belief of Target – the #2 department store chain in the US behind Walmart – who, for many years, worked towards their eventual arrival north of the border. That arrival would come last March in Ontario when the chain opened up the first set of their eventual 124 Canadian locations. However, even through years of preparation and market research, Target’s debut was met with mixed reaction. Customers were quick to point out empty shelves across various departments and higher prices when compared to their sister stores in the United States. What remained is a brand that is still very much trying to find its footing, and win back some of the guests they may have disappointed upon their introduction

Fortunately for Target Canada, it’s not all doom and gloom. In fact, one of its brightest spots may very well be found within the grocery aisles. One area that the chain hasn’t had to face supply issues with (in large part thanks to a distribution agreement with Sobeys) is its food category. Shoppers who may have entered the store to pick up some of Target’s designer clothing labels or signature home decor products have been able to grab frozen, boxed or canned food items too. Plus, the company has indicated that they intend to partner with more local vendors on fresh products as well. Because it operates nation-wide, holds strong purchasing power and early signs are pointing to a successful first Christmas and Boxing Week for the chain in Canada, Target looks like it could prove in 2014 that it is a fierce contender in the Canadian grocery war. A contender that should only continue to grow stronger as time moves on.

One of those rivals whom Target is contending with is Loblaws, presently the number one food retailer in the country. The company, through its many banners and divisions, has been focusing aggressively in recent years on maintaining its position at the top by fighting off strong established players who are looking to grab a larger slice of the pie. Big moves were made by Galen Weston and his team in 2013, including the massive takeover of Shoppers Drug Mart, the introduction of the personalized, all-digital loyalty rewards program ‘PC Plus’, and a tightening of the company belt that saw hundreds of management jobs cut from the organization

Even through all of the major investments and cutbacks last year, times are not easy at Loblaws. Profit is down, same-store sales have flatlined, and competition is continuing to increase from some of the biggest names in the game. For one, the world’s largest retailer – Walmart – is finishing up an incredible expansion across Canada of its ‘Supercentre’ format. The project has meant an addition of 1.4 million square feet of new retail space in Canada, most of which is dedicated to grocery. And Costco, while continuing to open up new warehouses and cater to consumers who like to purchase in bulk, is quickly branding itself as a destination for the finest quality AAA meat products. Although Walmart, Costco and Target are massive, internationally backed head-on competitors to Loblaws in the department store realm, it’s a nationwide “food-only” rival of old that is capturing a lot of the attention as of late.

That rival is Sobeys. Who, while operating for years as Canada’s second-largest grocer, has quietly been strengthening its core business and investing in future growth. It too made a major move in 2013, acquiring western food chain Safeway for $5.8 billion. On top of that, Sobeys parent company Empire sold off its theatre business to Cineplex, which has added almost $200 million to the organization who intends to invest it back into its grocery business. Sobeys has also had a strong year as it relates to earnings, being one of the very few food retailers to increase same-store sales and overall profits.

The Stellarton, Nova Scotia-based company has made a conscious effort to brand itself as “the country’s best food retailer.” Last fall, they partnered with world-renowned chef Jamie Oliver on a marketing campaign that has led to a huge increase in the amount of speciality foods and gourmet meal options available in store. They’ve also opened up the first of their ‘Sobeys Extra’ stores with a revamped space in Burlington, Ontario. These new locations are extremely food and health centric, as they offer in-store chefs, cheese ambassadors, expanded fresh/natural departments and even ‘Wellbeing Counsellors’ who are there to answer healthy diet-related questions and help customers discover new food options. So far Sobeys’ investment in trying to be the best at one category has been paying off.

The final major player in the Canadian grocery war is actually its newest national entrant. Amazon began selling grocery products on Halloween 2013, and has quickly peaked the interest of both competitors and consumers alike with their very non-traditional approach to retailing. The e-commerce powerhouse has all of the major food brands and their products listed, and has created a very interesting “dynamic pricing” model, which Amazon says analyzes massive amounts of data to adjust prices in real time on certain items when necessary. Customers may not be able to purchase all of their groceries (currently just non-perishable items) from the site, but anyone purchasing DVDs or running shoes will be now be able to also buy snacks, condiments, baby food and more to accompany their order.

Amazon’s success or failure with their grocery model in Canada will very likely indicate how the incumbents plan to deal with online retailing. Currently, Walmart is the only major national grocery chain who offers food items through their website, but that could change if the model proves advantageous for others. ‘Showrooming’ – the act of researching a product in a typical bricks-and-mortar store then purchasing it on Amazon for a cheaper price – has proven to be a thorn in the side of many chains. Although such a practice is unlikely to find its way into the Canadian grocery sector, it may still be an aspect of consumer behaviour to keep an eye on, especially if Amazon continues to become more popular amongst Canadians.

One smaller player in the grocery battle is the collection of pharmacies and convenience stores across the country who, over the last decade, have individually begun to offer more pantry items aside from their regular core products of prescriptions, cigarettes and lotto. In certain parts of the country, the move even led to an increase in some grocery store hours to fight off lost sales. Atlantic Canadian provinces (with a few municipal exceptions) have begun allowing year-round Sunday shopping in moves that are believed to be closely tied to pressure from national grocery chains. As a result, many independent convenience stores have ceased operation, or have been taken over by chains such as Needs (owned by Sobeys). Its common practice to find many private label brand items from leading grocers inside of a typical pharmacy or gas station, to further promote their product awareness and brand recognition.

There is no question that the Canadian grocery landscape is ever changing. The only constant that remains is the increasing competitiveness of the industry as a whole. Each major player can lay claim to a perceived advantage over another. Department store leaders Walmart and Target may attract shoppers for their low prices. Costco will bring them in with bulk-buying incentives and top quality meat, while Loblaws and Sobeys will entice customers with their ready-to-eat meals and loyalty programs. Even Amazon’s ‘outside the box’ approach could prove to be a real winner with its instant customer research and insight, low overhead and proven track record of success. Every national grocer in Canada – both new and established – has its strengths, so who is best poised to win in 2014? Well from here, it looks like it might just be the consumer.

Canadian Retail News From Around The Web For January 28th, 2022

Retail Insider - January 27, 2022
Craig interviews the founder of Halifax ReTales Arthur Gaudreau who is marking 10 years of founding his informative social media/newsletter/blog focused on retail and foodservice happenings in the Halifax area. Gaudreau talks about how he started his publication after a mental health crisis and how it grew to have thousands of followers with its local spin on reporting.