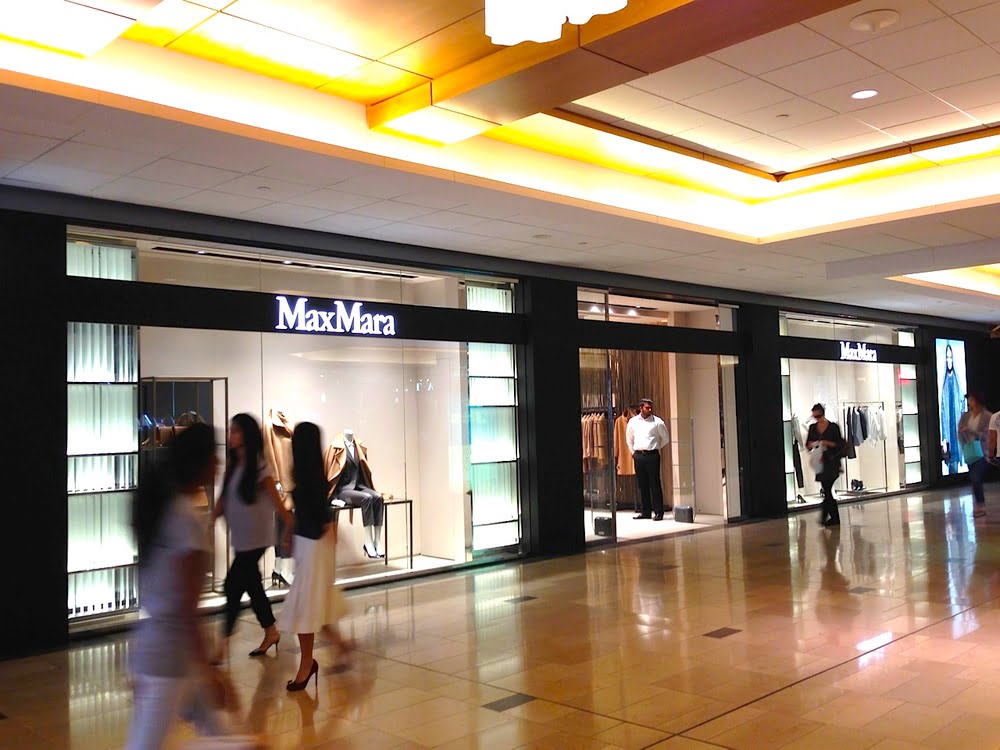 Italian luxury fashion brand Max Mara‘s Pacific Centre store in Vancouver has more than doubled in size, annexing adjacent retail space formerly occupied by a watch retailer. Vancouver sells more Max Mara clothing than any city in North America, and also has the most Max Mara stores of any city on the continent.

Established in 1951, Max Mara is known for its womenswear as well as accessories and shoes, and has stores around the world. The company also retails other fashion lines including Weekend Max Mara, Sportmax, Sportmax Code, Marella, Pennyblack, iBlues, Max & Co., and Marina Rinaldi, among others.

Vancouver’s Max Mara stores are franchises owned by Catherine Guadagnuolo, founder and owner of Vestis Fashion Group. We asked Ms. Guadagnuolo why Vancouver does such high sales for Max Mara, and she replied to us that her company puts great effort into working with its customers, and has done so for almost 30 years. Vestis is expanding beyond the Vancouver market, opening two locations in Calgary: a Weekend Max Mara store next month at Chinook Centre, and a Max Mara store in the same mall in October of 2015.

Max Mara’s only other Canadian store location is at 151 Bloor Street West in Toronto. The company will also open an outlet store next year at the Montreal Premium Outlets.