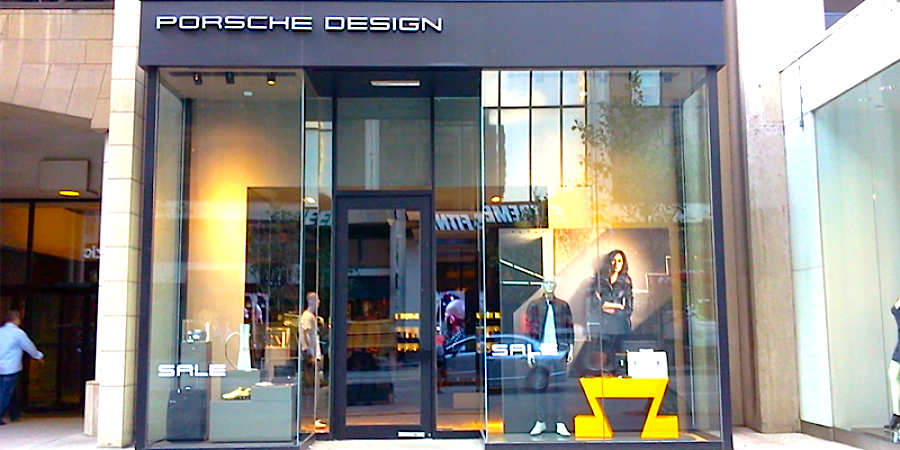 German luxury brand Porsche Design has closed its Canadian stores, as well as discontinued plans to open locations across the country. The brand opened its first location in 2012 with plans for up to eight Canadian locations.

The company recently informed us of its Canadian exit, but wouldn’t provide details as to why it abandoned its originally ambitious Canadian expansion plans.

Porsche Design retails high quality, high-priced clothing, accessories, luggage, watches and various novelties. The company was founded in Germany in 1972 to compliment the Porsche motorcar business. It concentrates on product design and products are often manufactured for a limited time. Porsche Design has 20 store locations in the United States as well as one outlet mall location. It also boasts store locations worldwide and its products are also carried in various upscale international retailers.

The brand originally planned to open stores Canada wide. In November of 2013, its Canadian manager told us that Porsche Design was looking to open stores in Calgary, Ottawa, Toronto, Montreal, and possibly Edmonton. Specifically, the brand has its sights set on Calgary’s Chinook Centre, Ottawa’s Rideau Centre, Montreal’s Carrefour Laval and possibly West Edmonton Mall. Sources also say that the brand was negotiating for retail space at Toronto’s Yorkdale Shopping Centre as well as at Sherway Gardens, where it operated a temporary kiosk for a brief period. All plans are now cancelled, according to the company.

Porsche Design’s first Canadian location opened in the summer of 2012 at 77 Bloor Street West, in the heart of Toronto’s ‘Mink Mile’. Its retail space is now available for lease, along with the adjacent Guess location, with the possibility to create a combined retail space spanning 10,000 square feet.

Porsche Design’s second Canadian location opened in the fall of 2013 on the basement level of downtown Vancouver’s Hudson’s Bay building. The awkwardly located retail space, adjacent to the building’s TopShop, was meant to be temporary before the brand moved into either a permanent space below Nordstrom at Pacific Centre, or possibly within Hudson’s Bay itself. Neither option materialized. After opening a Vancouver concession, Porsche Design opened on the concourse level of Toronto’s flagship Hudson’s Bay. That location, too, has since shuttered.