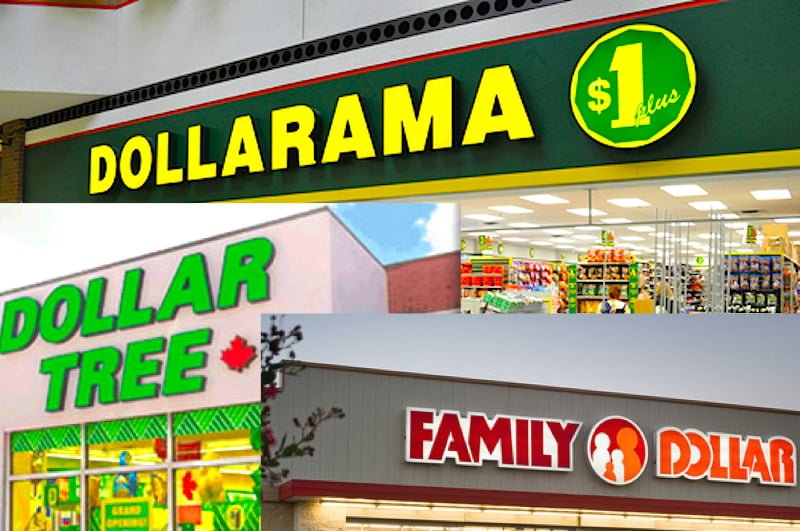 American competitor Dollar Tree currently operates over 200 Canadian locations, under the ‘Dollar Tree Canada‘ nameplate. Remarkably, representatives say that its goal is to eventually operate in excess of 1,000 Dollar Tree Canada stores. Both Dollar Tree and Dollarama continue to sign leases and open stores nation-wide, with some busy locations earning well into the millions, according to some landlords we’ve spoken with.

Also operating under the same ownership is American chain Family Dollar. A company representative recently said that Canada is on Family Dollar’s radar, with the potential to open Family Dollar-branded locations in Canada within the next several years. It would be remarkable that Canada would host three large dollar retailers, considering its size and already intense competition.

On BNN last month, HRC Advisory CEO Antony Karabus described how polarization in the Canadian retail market continues to unfold. He noted how high-end and lower-end retailers seem to be succeeding in Canada, while ‘middle-market’ companies struggle and in some cases, close. Canada’s ‘dollar store wars’ is certainly an indication of this, as is increasing competition at the top end of the retail spectrum from a variety of luxury retailers.

Various luxury brands continue to enter the Canadian market, as well as expand existing operations. Prada, for example, will substantially expand its Canadian operations over the next 12 months, and brands such as Dior, Brunello Cucinelli and Jaeger-LeCoultre are preparing to open their first free-standing Canadian stores over the next few months. Large-format luxury retailers are also putting on the boxing gloves — Holt Renfrew, for example, is spending in excess of $300 million to overhaul and expand its store fleet, and Saks Fifth Avenue and Nordstrom plan to open multiple Canadian stores. Upscale menswear retailer Harry Rosen is also spending millions to update and replace some of its locations, as retailers continue to profit from an increasing number of Canadian luxury shoppers.

One Canadian retailer appears to be addressing the polarization trend, carrying both lower-priced product as well as pricey luxury brands. Quebec City-based La Maison Simons, which we discussed yesterday, plans to open up to 25 Canadian stores, up from its current nine locations. About 80% of Simons’ product is reasonably-priced private label, with the remaining 20% being designer, with some fashions priced well into the thousands. Simons appears to be seeing success with its formula — not only does it plan to almost triple its current store count, revenues are forecasted to grow by over 30% within the next two years.