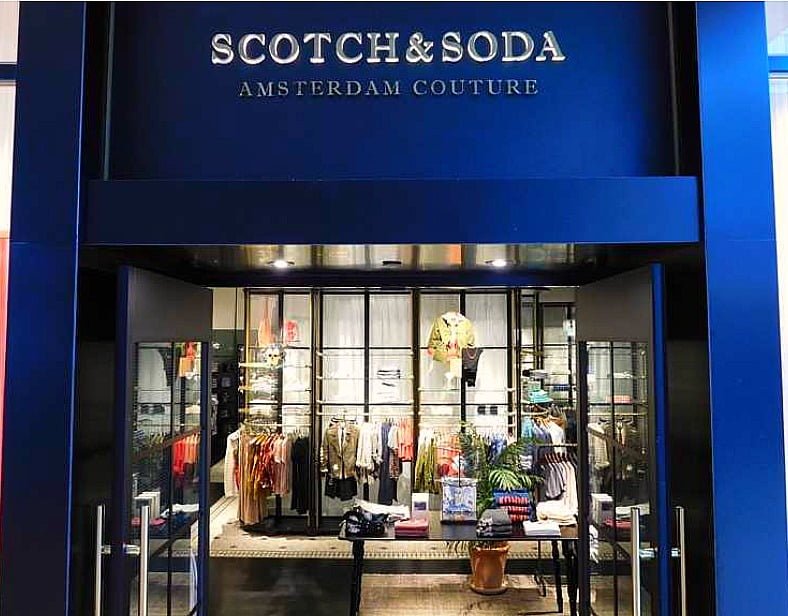 The Canadian expansion follows Scotch & Soda’s initial entry into the Canadian market in 2011, when it opened three stores that summer. The brand’s first Canadian location, measuring 2,170 square feet, opened in June of that year at Calgary’s CF Chinook Centre. In August of 2011, two locations followed — a 2,485 square foot store at West Edmonton Mall, and a 2,050 square foot location at CF Toronto Eaton Centre.

New locations will be in the 1,500 square foot range, according to Freemark’s Vice President of sales and co-owner, Lawrence Routtenberg, Stores of that size are small enough to create an intimate Scotch & Soda shopping experience, yet large enough to properly display product. Mr. Routtenberg said that he’s working with brokerage Oberfeld Snowcap to open between 12 and 15 freestanding Scotch & Soda locations throughout Canada over the next several years. He went on to name some desired locations for new stores, including Saint Catherine Street and CF Carrefour Laval in Montreal, CF Rideau Centre and/or Bayshore Shopping Centre in Ottawa, Yorkdale Shopping Centre/CF Sherway Gardens/Square One in the Greater Toronto Area, Winnipeg’s CF Polo Park, Southgate Centre in Edmonton, and possible Vancouver locations on Robson Street, CF Pacific Centre and Metropolis at Metrotown.

The Scotch & Soda brand began in the 1980’s as a Dutch youth fashion brand, and was relaunched in 2001 after a hiatus. The premium fashion brand, with lines for men, women and children, operates over 150 stores globally, and is carried in over 8,000 multi-brand retailers. The brand entered Canada through Freemark Apparel Brands in 2010, wholesaling at top retailers. It is currently carried in better multi-brand fashion retailers such as La Maison Simons, Mendocino, Sporting Life, Over the Rainbow, Boys’Co, Hills of Kerrisdale, and at a handful of Hudson’s Bay‘s top doors.