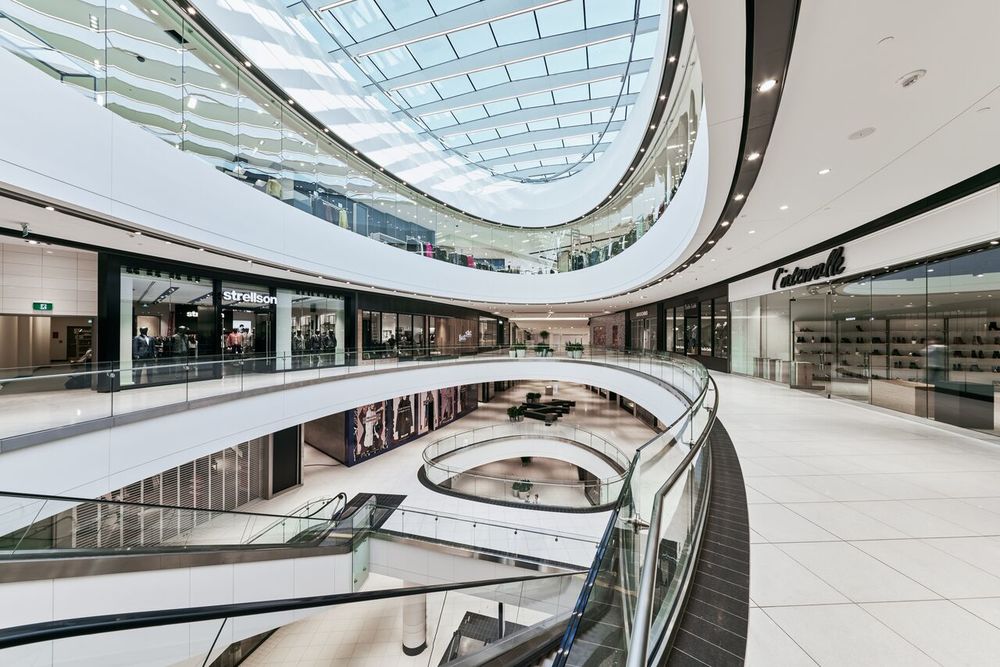 The expansion is the third phase of CF Rideau Centre’s multi-year mall overhaul. The first phase was completed in August of 2014 with the opening of the mall’s new enhanced ‘food hall’, in a lower-level space formerly part of a 240,000 square foot Sears store. Phase two involved the opening of a 157,000 square foot Nordstrom store above the food hall in March of 2014, which was Nordstrom’s second Canadian location, following the opening of Nordstrom’s Calgary CF Chinook Centre store in September of 2014. The Ottawa centre has since seen new interior improvements, as well as the addition of new upscale retailers such as Tiffany & Co., Kate Spade, Stuart Weitzman, Ted Baker, and an impressive replacement store for luxury menswear retailer Harry Rosen.

The third phase occupies the northeast corner of the property, once occupied by an Ogilvy department store. For years the site remained under-utilized until Cadillac Fairview initiated an ambitious expansion to grow the centre to nearly a million square feet of retail space. CF Rideau Centre is considered to be one of Cadillac Fairview’s flagship properties, being located in downtown Ottawa on busy Rideau Street. The centre sees traffic from tourists, university students and locals, and is strategically located adjacent to the city’s popular ByWard Market.

Quebec City-based large-format retailer La Maison Simons occupies almost 104,000 square feet on levels three and four in the new expansion wing. The new Simons store is the second in Ontario (following the opening of a Mississauga store in the spring of this year) and is Simons’ 13th Canadian store. Ottawa’s Simons features an in-store cafe called Eve (as with several other locations) and also boasts substantial designer offerings for both men and women, as well as Simons’ expansive collection of value-priced in-house labels (video directly below).

Not all retailers/restaurants opened this month, however — in the spring of 2017, a Joey restaurant will open on the ground level of the expansion at the corner of Rideau and Nicholas Streets.

Nicholas Street has been made a pedestrian-only thoroughfare, with the city naming it ‘Ogilvy Square’ — reflecting the name of the department store that once stood on the expansion site. The facade of the former Ogilvy building was carefully cleaned/restored and integrated into the new CF Rideau Centre expansion wing.

CF Rideau Centre is expected to become even busier when the new Confederation Line LRT opens in 2018, with direct access to a station. CF Rideau Centre sees an estimated 19.5 million annual visitors, making it one of Canada’s busiest shopping centres. The mall is also one of Canada’s most productive, with sales in excess of $1,000 per square foot annually.