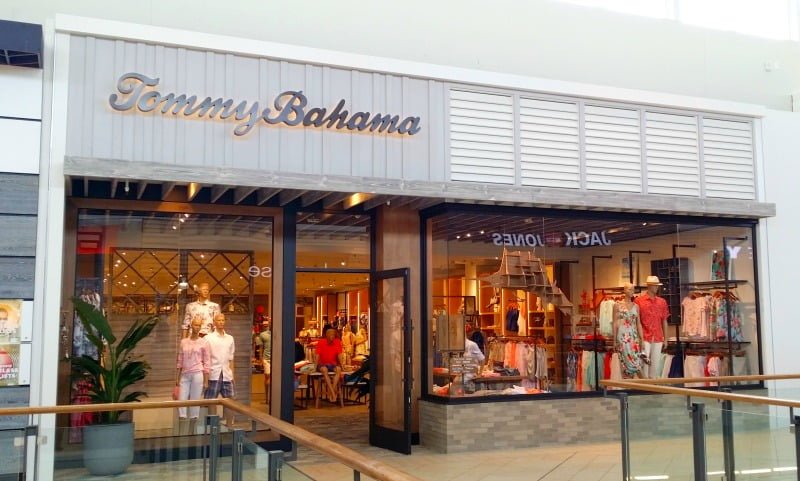 Seattle-based fashion brand Tommy Bahama is expanding its base of Canadian stores, including its newest location which opens next week. The company’s new stores will be larger and feature the company’s updated aesthetic, as well as a wider product assortment that will include more womenswear as well as substantially expanded denim offerings.

The company’s CF Chinook Centre location in Calgary, which opened in June of this year, will act as a prototype for future Tommy Bahama locations, according to Tommy Bahama CEO Doug Wood. The Calgary store, designed by Seattle-based architectural firm MG2, showcases a wider selection of women’s products than are typically carried in Canada’s Tommy Bahama stores, which have also been traditionally smaller than the 3,800 square foot CF Chinook Centre unit.

This fall, for the first time, Tommy Bahama’s Canadian stores will see a focus on denim, with the Toronto store launch coinciding with the brand’s launch of its new men’s and women’s denim collections. Denim will feature prominently throughout stores, including focused displays at the new Sherway unit.

Moving forward, Mr. Wood said that Tommy Bahama will look to strategically open stores in some of Canada’s top malls, as well as street-front locations where warranted. New Canadian stores will be in the 3,500 square foot range ideally, he said, as opposed to the roughly 2,000 square foot locations that have operated until now. Mr. Wood said that the company may also consider opening more resort stores in Canada, possibly in British Columbia as well as in Ontario’s Niagara region. He also mentioned Quebec as being a possible future market for Tommy Bahama, as the province currently lacks any freestanding stores.