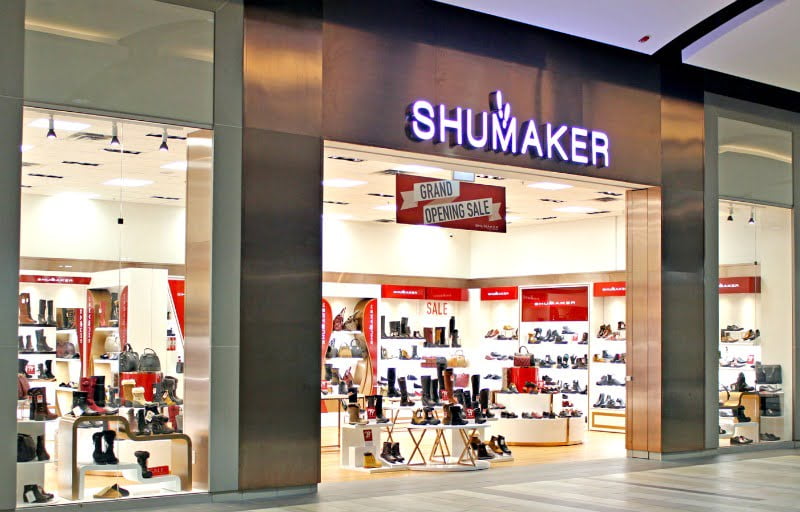 Canadian footwear brand Shumaker (pronounced ‘shoe maker’) has announced that it will open several locations in 2017, including its first two street-front stores. Shumaker has seen impressive growth since opening its first stores in 2015.

The company was founded in 1948 as a footwear manufacturer and distributor, and is now based in Mississauga. Known for its moderately priced contemporary casual footwear for men and women, Shumaker also boasts wholesale distribution in over 1,600 points of sale across Canada.

Shumaker opened a 1,500 square foot location at Georgetown Marketplace in Georgetown, west of Toronto, on January 12 of this year. The store features an impressive 40 foot frontage, and its lease and design were coordinated in house, according to Shumaker’s Director of Operations, Ishan Singh.

This spring, Shumaker will open its first-ever street-front store at 202 Princess Street (corner of Montreal St. and Princess St.) in downtown Kingston, Ontario. The store will be considerably larger than the company’s other stores, spanning about 3,000 square feet over two levels. The Kingston store “will be in line with our current store designs and branding, but it shall also incorporate a rustic, urban feel,” according to Mr. Singh. Olivier Raoult of FR Capital Realty Advisory Services negotiated the store’s lease, and the store was designed in-house.

Another street-front Shumaker location is also confirmed to be opening this year. Located at 2581 Yonge Street in Toronto (between Eglinton Avenue and Lawrence Avenue), the new store will be on a stretch of Yonge Street that is adjacent to some of the city’s most affluent residential areas, including Lawrence Park. The area also boasts unique and upscale retailers such as L’Occitane En Provence, Drake General Store, Lululemon and Sporting Life. Olivier Raoult of FR Capital Realty, also coordinated that lease deal.

Mr. Singh notes that Shumaker continues to be in discussions with several landlords for locations in Ontario, both within shopping centres as well as urban street-fronts. Mr. Singh says that he is the primary contact for landlords regarding any potential future deals for Shumaker, at this time, and that more locations are expected to be announced in the coming months.

(Photos are of the newly opened Georgetown store, and were provided by Shumaker)