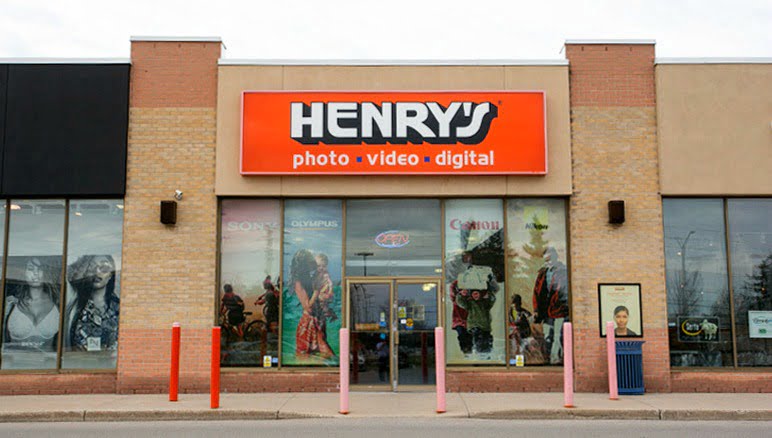 Toronto-based camera retailer Henry’s has launched an innovative new store format that it plans to implement in its existing locations, as well as with new stores as it launches a retail expansion. Built in partnership with design/build firm BUILD IT, the company’s new brick and mortar strategy is decidedly experiential, and consumer feedback of its newly renovated Oakville Store has been overwhelmingly positive.

Family-owned Henry’s, which was founded in Toronto in 1909, is now Canada’s largest independent photographic and digital retailer. It carries 8,500 products in its 27 stores (and online) and boasts over 500 in-house ‘Imaging Experts’ (employees), many of which have been with the company for over a decade. To maintain its positioning as an industry leader, the company set out to create a new store format that is both consumer friendly as well as experiential. Henry’s chose its Oakville ON location to test out the new concept, which it describes as being “a departure from the traditional camera store”.

Jeff Tate, Vice President, Marketing and eCommerce at Henry’s, described how the Oakville store’s bright open feel was created by eliminating counters typically found in most camera specialty stores. The result is a more hands-on and experimental space, where customers are better able to move around and look at product with ease while not relying on staff to show behind-the-counter product.

The updated store includes massive backlit images that showcase snapshots from various Canadian photographers. As well, the store’s back wall has a nine-panel TV wall to display various types of photography, as well as videos. Henry’s enthusiastic staff, most of whom are product experts, are also able to utilize these screens for customer instructional purposes.

When searching for a company to build the new Oakville store, Henry’s evaluated previous projects and turned to construction firm BUILD IT. Mr. Tate explained “we looked at various vendors to do the space, and they came across as being highly professional. They’d also worked with design firms in the past, with great success,” he said.

Simon Shahin, President and CEO at BUILD IT, explained how his company helped coordinate construction of the Oakville Henry’s store from start-to-finish, which began by working with a professional design firm, Jump Branding and Design Inc., to strategize the store’s layout.  “The design concept and layout included a lot of glass and wood, including a number of seamless floating glass shelves. Figuring out how to make that work from a construction standpoint was a challenge, but we were able to engineer the shelves to be strong enough to hold and display Henry’s products to customers in an innovative way”. BUILD IT also worked with an LED supplier on the under-lit display cases that Mr. Shahin described as “giving the store an incredibly welcoming feel, while highlighting feature products”.

Henry’s customers are praising the new layout, which features cameras and related hardware that is displayed in the BUILD IT engineered glass cases that are bottom-lit by a series of LED panels. “The new store design takes into account that we understand that innovation and new technology in this space is constantly improving and can find different ways to capture photo and video. Drones have been a good example of this but also 360 degree capture and VR capture is becoming much more common – not as a replacement but as another way to capture,” Mr. Tait said. “Working with BUILD IT was a collaboration from start to finish and a great experience,” said Mr. Tate, praising the BUILT IT team.

Mr. Tate also explained how the store’s layout helps customers to shop by both function and category, even boasting a virtual reality (VR) system setup for customers to experience. “We know that to truly grasp the difference in this new way of capture is to experience it first hand, and that’s why we have a dedicated innovation section in the back of the store slated for just that – where we have an actual VR system set up so people can put on the goggles and really experience a true 360 degree image without using their phone (taken with a camera we sell of course)”. He went on to say, “it’s an experience and a form of retailtainment.”

Existing Henry’s locations will see renovations to bring them in line with the overhauled Oakville unit, and Mr. Tate said that Henry’s is “just getting started”. He also noted that the company is in a growth phase, and that more locations will follow as Henry’s continues to dominate the market in Ontario, as well as nationally. Henry’s has stores in Ontario, Nova Scotia and Manitoba, and more provinces could see Henry’s locations in the future.