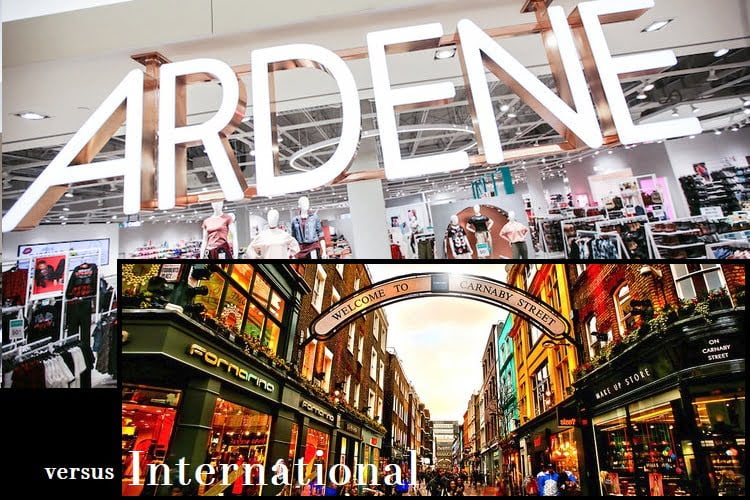 London has seen a fresh injection of new entrants on its high streets in recent months. The most notable recent addition was that of Polish fast fashion retailer Reserved; bringing its brand to the UK for the first time. Signalling its intent, its flagship store occupies prime retail estate on Oxford Street in the capital – its launch fronted by model Kate Moss, once the jewel in the crown of Topshop and owner Sir Philip Green.

H&M has also been opening new fascias apace, with its Weekday and Arket brands landing. The Weekday fashion and denim brand opened in London and Paris simultaneously, while the latter opened two stores – Regent Street and Covent Garden – within days of each other.

Great news for H&M. Or is it? While these new store fascias – along with Cos, & Other Stories, Monki, Cheap Monday and parent company H&M – are undeniably good, they represent only very subtle derivatives of a singular thought. Fresh, lively new branding and continuous rethinking of concepts may help to keep a brand alive. But what happens once the initial excitement of a new opening has diminished?

Which turns my thoughts to Canadian fast fashion retailer Ardene. In a bid to reinvigorate its retail footprint, it too has recently launched the first in its series of high-concept large format stores, designed to transform the retail experience for its Generation Z core target shopper. This includes a phone charging station, social media section, dedicated product zones and a hangout area.

While I was impressed with the look and feel of the store, on a recent visit to Toronto, I have to be honest and say that I could have been stepping into any one of a number of recent debut concept stores. Familiar fixtures and fittings evocative of other retailers meant that the personality of the brand was quickly diluted.

Don’t get me wrong: this is a strong, credible concept, and an admirably audacious step by a business keen to breathe new life into the brand. But given the desire for Gen Z to seek out the individual, the new and the unfamiliar, Ardene’s new concept perhaps reflects the ubiquitous cloning of the well-researched, rather than deliver the sharp intake of breath at the sight of something untried and untested that its shoppers may long for.

Imitation may be the greatest form of flattery, but the remarkable ‘cloning’ effect we’re seeing in many new store openings recently is a serious concern. Reserved’s flagship store on Oxford Street is sharp and well researched, but so close to being a replica of its competitor Zara that, when I visited the store, some shoppers seemed genuinely confused about which store they had wandered into.

Too many retailers seem to have fallen into a ‘more of the same’ trap. Sure it’s easy to do. “It’s edgy. It’s new. Look at their success – we’ll have some of that please.” But retailers must resist this temptation and work harder to define their own distinctive voice. Retail design agencies have a responsibility too – to push back, to challenge and to not take the path of least resistance. The best brands did not become the best because they copied others, but because they did things differently.

Without a clear and unique voice, most retailers find it difficult to sustain the buzz around their stores once the fanfare of the initial launch has left town.

As we head into 2018, what does the future hold for these stores? Can the likes of Ardene, Weekday or Reserved be able to sustain the buzz they created with their launches? Perhaps, if they pay careful attention given to visual merchandising and branding. But with a copycat attitude and box ticking approach, it’s unlikely. I for one will be watching with interest.

*See below for more photos, via Visual Thinking.

Karl McKeever is the founder and driving force behind Visual Thinking, a globally recognised retail transformation agency. A renowned retail expert, he has worked with an impressive roster of major global retail brands, including: Gap, IKEA, Harley-Davidson, John Lewis, and Marks & Spencer during his 30 year career. He has also appeared as a judge on BBC TV series, The Apprentice.

Canadian Retail News From Around The Web For December 2nd, 2021

Canadian Retail News From Around The Web For December 1st, 2021