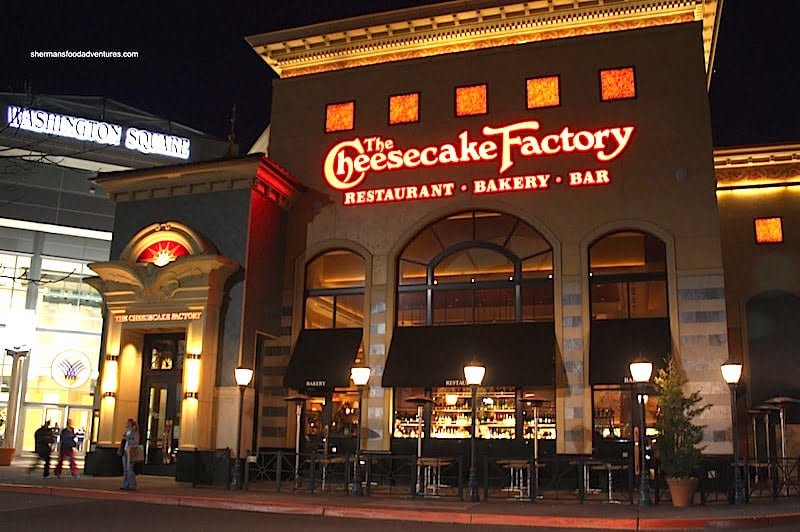 Popular full-service American restaurant chain Cheesecake Factory has announced that it will open its first Canadian location this fall at Toronto’s Yorkdale Shopping Centre. It could be the first of multiple locations for the company in this country.

The restaurant will span in excess of 10,400 square feet, and will have two covered patios. Interiors will feature imported limestone floors and custom wood columns, hand-painted murals and modern lighting. The restaurant will be located at the north end of the mall as per the floor plan below, to be accessed from the mall’s exterior. It replaces a Milestones restaurant that occupied the site until recently.

Cheesecake Factory is known for its extensive food offerings, including having a menu with over 50 signature cheesecakes and desserts. Cheesecake factory opened as a bakery in Los Angeles in 1972, and its first restaurant opened in Beverly Hills in 1978. The Company, through its subsidiaries, owns and operates 208 full-service, casual dining restaurants throughout the United States and Puerto Rico, including 194 restaurants under The Cheesecake Factory® banner; 13 restaurants under the Grand Lux Cafe® banner; and one restaurant under the RockSugar Pan Asian Kitchen® banner. As well, the company has 15 international restaurant locations that operate under licensing agreements in the Middle East, Asia and Mexico.

“For nearly 40 years, The Cheesecake Factory has been known for creating delicious, memorable experiences for tens of thousands of Canadians visiting the U.S.,” said David Overton, Founder, Chairman and Chief Executive Officer of The Cheesecake Factory Incorporated. “We are now delighted to be expanding into Canada and are looking forward to opening in Yorkdale Shopping Centre in the Fall.”

Yorkdale recently ranked as Canada’s most productive shopping centre in Retail Council of Canada’s first annual Shopping Centre Study. The centre, owned and operated by Oxford Properties Group, boasts sales in excess of $1650 per square foot, and is also the highest grossing mall in Canada. In October of 2016 Yorkdale saw the addition of a new 300,000 square foot Nordstrom-anchored wing, and this year another westward expansion will see RH/Restoration Hardware, Sporting Life, and other retailers. The enclosed mall sees more international retailers launch their first Canadian locations there than any centre in the country.

Yorkdale’s Cheesecake Factory is addressing an interesting shopping centre trend. Over the past several years, leading malls have increasingly been including full-serve restaurants on their premises, at a variety of price points. Yorkdale, itself, is home to full-service restaurant locations for Jamie Oliver’s ‘Jamie’s Italian’ as well as The Pickle Barrel, and a large Joey location.

Last week, as well, Yorkdale expanded its food offerings temporarily with the opening of its pop-up CONCEPT space, featuring six food vendors that will operate there until the end of April.