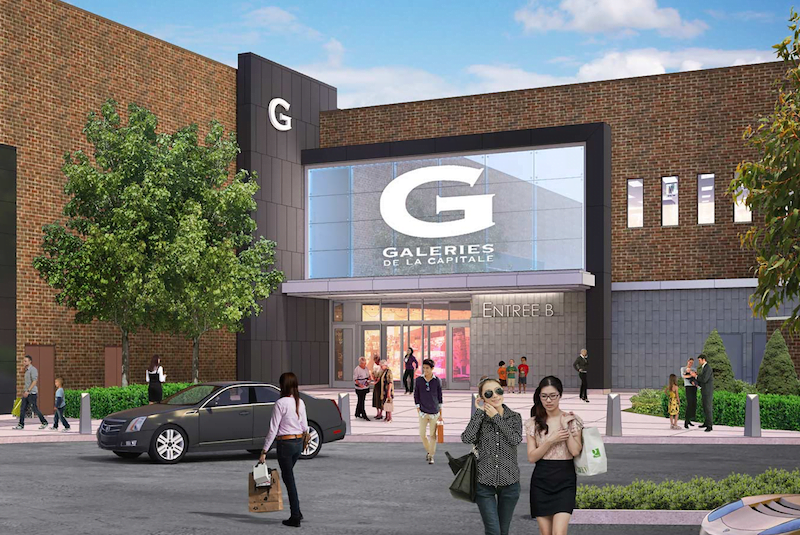 The largest enclosed shopping centre in the province of Quebec, Les Galeries de la Capitale is seeing substantial investments that are expected to further attract customers. Included will be an innovative, overhauled amusement park, as well as a zero-carbon La Maison Simons store.

This week, landlords Oxford Properties and CPPIB announced the $52 million construction of a new Méga Parc amusement park at the Quebec City mall. Méga Parc has been part of Les Galeries de la Capitale for over 30 years, and it will be fully revamped and transformed into a Steampunk themed “entertainment zone inspired by the Industrial Era.” Construction is set to begin on September 5 of this year, and it’s expected to be completed in about 18 months.

The Méga Parc overhaul will allow patrons to “travel back in time to the turn of the 19th century in an alternate age where technology has evolved in a completely different way. Steam-powered machines, factories, and steel are omnipresent in this retro-futuristic industrial environment.” Further details are available on a french-language website: nouveaumegaparc.com

Most of the existing rides and attractions will be replaced, and the new Méga Parc will feature more than 18 attractions. The existing rollercoaster and merry-go-round will be kept, though they’ll be given a facelift in line with the new theme.

Méga Parc manager Jean Pelletier noted that changes to the amusement centre were based on other amusement parks around the world. “In addition to boasting the first spokeless Ferris wheel in North America and a freefall ride twice as high as before, Méga Parc will proudly offer the longest indoor skating trail in Canada. The ice skating oval, complete with LED lights and effects, will fit perfectly with the new Méga Parc concept and will maximize space.”

Other features will include an interactive floor, light and sound effects, and a giant screen. In the middle of the park, there will be a stage for shows and an interactive fountain with water jets and sound and light features. There will be three new rooms set up for kids’ birthdays, and the recreational space can be rented out for corporate events.

Méga Parc addresses the trend of adding entertainment components to shopping centres. It’s something that’s more common in major shopping centres in Asia and the Middle East, and North American landlords are now recognizing the trend by adding non-retail uses, which also include expanded food and beverage offerings.

Méga Parc is already known as being one of the biggest tourist attractions in the Quebec City area, and its overhaul is expected to further add to the mall’s already heavy foot traffic. Les Galeries de la Capitale also includes the region’s only IMAX cinema. According to Retail Council of Canada’s Shopping Centre Study, Les Galeries de La Capitale is the region’s busiest mall with about 10 million annual visitors, and it’s also one of the most productive in the province in terms of sales per square foot.

In a recent interview, Michael Turner, Executive Vice President for Canada at Oxford Properties, noted that percentage of space devoted to food and beverage in major malls in Asia is between 35% and 40%, and that Oxford Properties will look to eventually dedicate about 20% of its mall space in a similar fashion — about double what it is today. Adding attractions and food/beverage offerings are helping turn malls into community-centres, where patrons will gladly spend part of their day — and shop.

The new Méga Parc will also be energy efficient, according to Oxford Properties. In keeping with the trend of energy efficiency, large-format fashion retailer La Maison Simons is building a $50 million, 80,000 square foot replacement store in the mall that President/CEO Peter Simons says will be the company’s first zero-carbon location. Simons will replace the mall’s Target box which was vacated with Target’s Canadian exit in 2015.

The new Simons store, as well as the overhauled Méga Parc, are part of a bigger investment that has included the renovation of the mall’s common areas, modernization of the Espace Gourmet dining area, a major facelift of the mall’s Hudson’s Bay/La Baie department store, and the addition of a number of high-profile tenants. Over the past year, new retailers to open at Les Galeries de la Capitale include Sephora, MEC, Urban Planet, Rinascimento, Soft Moc, and Bijouterie Monaco, and in the coming months the mall will welcome new tenants such as MAC Cosmetics, Clarks, Jean-Paul Fortin shoes, Michael Kors, and L’Occitane en Provence.