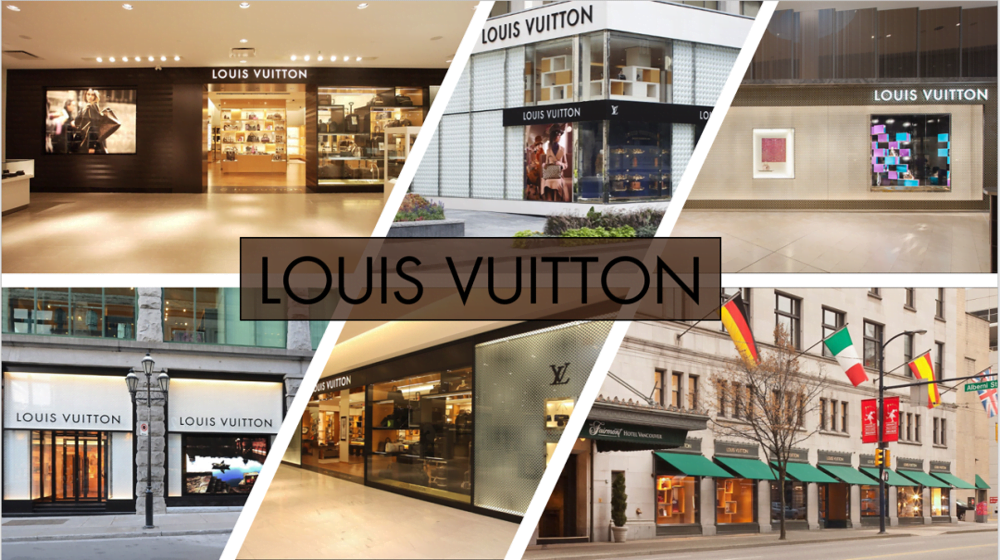 Paris-based luxury brand Louis Vuitton is marking 35 years of retail in Canada with a unique activation at Toronto’s Union Station, as the brand expands its operations into 2019 with new standalone stores in three Canadian cities. The brand currently operates two standalone stores in Canada and by the end of next year, that number will be five.

An exhibition called ‘Time Capsule’ launched this month on the north side of Toronto’s newly renovated Union Station facing Front Street, in a temporary structure made of brushed aluminum. Pieces in the exhibit highlight Louis Vuitton’s history from its inception in 1854 until the present — that includes displays from Vuitton’s archives ranging from its first trunks as well as more contemporary collections in six installation rooms. An ‘Artisans Room’ at the entrance to the building features live demonstrations with a master craftsperson from Paris hand-making various pieces. The ‘Keys to the Code Room’ showcases earlier collections.

Toronto is the 11th city in the world to see the exhibit, which has been in cities including Hong Kong, Bangkok, Berlin, Singapore, Dubai, Shanghai, Melbourne, Madrid, Osaka and Los Angeles. We’ve included some video and photos — the exhibit is free and worth a visit if you’re in downtown Toronto with hours of 9:00am-9:00pm Monday-Friday and 11:00am-9:00pm Saturdays and Sundays until September 30.

On the retail concourse of Union Station, as well, Louis Vuitton has opened a temporary 350 square foot boutique showcasing an assortment of books, stationery, notebooks and fragrances. The boutique is in the ‘Front Street Promenade’ between the Danish Pastry House and the Greenhouse Juice Company.

Louis Vuitton opened its first Canadian store at 110 Bloor Street West in Toronto in 1983, spanning about 2,000 square feet. A second location opened as a concession at Holt Renfrew in downtown Vancouver in 1987 and in 1989, another concession opened inside of the Ogilvy department store in downtown Montreal. Louis Vuitton’s second standalone store in Canada opened in 1996 at the Fairmont Hotel Vancouver and in late 2010, it was expanded to 10,000 square feet, making it the first ‘Maison’ in Canada and Vuitton’s 12th globally at the time (to mark the occasion, the company spent $1.5-million on a party that included a trip on a 70-year old steam engine train).

Louis Vuitton also operated a 3,000 square foot store for a number of years at the Cascade Plaza shopping centre in Banff, Alberta, and that store closed in May of 2011.

Canada is said to be a strong market for Louis Vuitton, which is seeing high sales from Asian and other demographics particularly in the Vancouver and Toronto markets. A source at the Hotel Vancouver ‘Maison’ said that in some instances, a good client will book a private visit to the store where over the course of a couple of hours, they will spend a six-figure sum. Such sales makes Vancouver one of Louis Vuitton’s top markets globally.

Last fall, Louis Vuitton opened a men’s shop-in-store at Holt Renfrew in Vancouver, which remains one of only a handful in the world to date. That Vancouver concession marked the beginning of a significant expansion for the brand in Canada that will continue well into 2019.

In November of this year, Louis Vuitton will unveil a standalone store at CF Chinook Centre in Calgary, spanning more than 4,500 square feet on one level. The store is located on the mall’s ground-level across from the mall entrance of Saks Fifth Avenue, which opened its 115,000 square foot CF Chinook Centre store in February of this year. Landlord Cadillac Fairview continues to position the Calgary mall as more upscale — Montreal-based Mackage is also a confirmed tenant in the mall which houses standalone locations for brands such as Tiffany & Co., Burberry and Canada Goose. At the same time, the Louis Vuitton store at Holt Renfrew in downtown Calgary is said to be closing for the CF Chinook replacement store and some other concessions in Calgary’s Holt’s are said to be concerned as luxury shoppers will soon, more than ever, be drawn to the suburban CF Chinook Centre as it adds more luxury retailers.

Towards the end of this year, as well, Louis Vuitton will unveil a substantially expanded concession at Holt Renfrew at 50 Bloor Street West in Toronto. The boutique will span much of the east side of the ground floor facing towards the central escalator atrium, as Holt Renfrew ads and expands several large shop-in-stores on the same level including Saint Laurent, Dior and, in a couple of months, a new ‘World of Fendi’ concession that will occupy the northwest corner of the ground floor, as well as a new Bottega Veneta. Part of the Holt Renfrew’s Bloor Street beauty hall will be moved into the basement in lieu of luxury boutiques, as the store is fully renovated over the next couple of years.

Louis Vuitton will also be expanding its presence at Toronto’s Yorkdale Shopping Centre — the brand is said to do phenomenally well with its current Holt Renfrew-based concession, and a standalone flagship will be joining the concession, according to Louis Vuitton. More details will be released at a later date with the brand marking the beginning of a new ‘luxury run’ in the mall in a corridor that currently houses Sephora, Disney and Zara.

In Edmonton, Louis Vuitton says that it plans to open a standalone store at West Edmonton Mall in 2019, which will be approximately the same size as the CF Chinook Centre store in Calgary (which is scheduled to open on November 1, according to Vuitton). The West Edmonton Mall store would replace an existing concession at Holt Renfrew in downtown Edmonton and with that loss, the future of Edmonton’s Holt Renfrew is more uncertain than ever. The Manulife Place store has occupied more than 30,000 square feet in the podium of an office complex since the early 1980’s, after vacating a 12,000 square foot standalone location at 10336 Jasper Avenue which had been operational for decades.

Louis Vuitton is a division of luxury conglomerate Louis Vuitton Moet Hennessy (‘LVMH Group’), which includes several leading luxury brands under its corporate umbrella. Louis Vuitton was founded by a man of the same name in 1854, and now boasts a network of nearly 500 stores globally. The company saw revenue somewhere between $9.28-billion and $11.6-billion (US dollars estimates) in 2017, placing it as either the top or second luxury brand in the world in terms of annual sales — Chanel saw sales of nearly $10-billion US dollars last year, according to the company. Italian luxury brand Gucci, which is seeing explosive growth, is expected to surpass both of them by the end of this year after seeing about $7.1-billion US dollars in revenue in 2017.