The family entertainment centre concept will be called CREACTIVE, and it will be located in one of Ivanhoé Cambridge’s shopping centres in the Greater Toronto Area. It’s being described as an “immersive, creative and participative family experience”, where visitors “can stretch their imagination, flex their muscles, explore newfound circus skills, and take a bow on the virtual Cirque du Soleil stage”.

“Our fans regularly express their wish to experience Cirque du Soleil from an insider’s perspective, to peek behind the curtain and imagine themselves stepping into our artists’ shoes. With CREACTIVE, we make that possible by inviting families to jump on stage, offering them another way to explore our creativity beyond our live shows”, said Marie-Josée Lamy, Cirque du Soleil’s Producer of CREACTIVE.

The family entertainment centres will be built on the success of Club Med CREACTIVE by CIRQUE DU SOLEIL, located at the Club Med locations in Punta Cana, Dominican Republic and in Opio, France — both are said to be very popular attractions.

Mall locations for CREACTIVE are expected to measure about 24,000 square feet each, according to Cirque du Soleil, and will offer a range of acrobatic, artistic and other Cirque du Soleil-inspired recreational activities such as bungee jumping, aerial parkour, wire and trampolines, mask design, juggling, circus track activities, and dance.

It’s all in an effort to drive traffic to malls, at a time when online shopping is growing faster than sales at brick-and-mortar retailers. Cirque du Soleil recognized that many landlords are seeking to turn their mall properties into ‘holistic destinations’ and the partnership with Ivanhoé Cambridge was born. 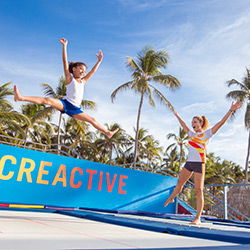 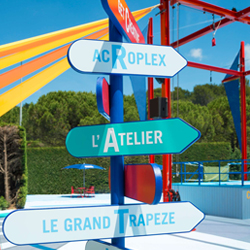 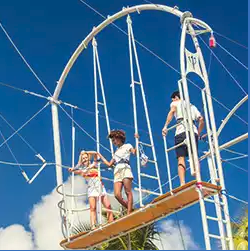 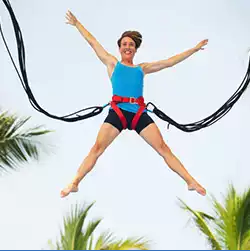 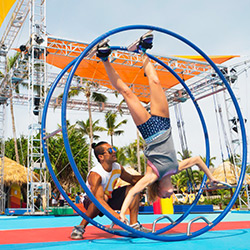 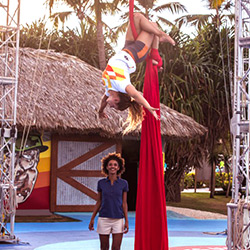 “We are thrilled to invest in the first CREACTIVE centre and to work hand-in-hand with Cirque du Soleil to inspire new areas of escape with infinite possibilities. CREACTIVE is perfectly aligned with our vision for the future of retail: to join forces with the right partners to offer innovative experiences for the benefits of local families and communities. This collaboration is a terrific illustration of our efforts to transform the retail experience for our discerning guests”, said Claude Sirois, President, Retail at Ivanhoé Cambridge.

In an interview, Mr. Sirois explained how malls are changing. “Malls used to be a collection of products, and are now becoming a collection of experiences,” he said, going on to discuss how customers had specifically requested the addition of attractions to malls such as the new CREACTIVE that will be launched next year in Ontario. “Brick and mortar is here to stay,” he said, and that it must “evolve in alignment with what consumers are looking for”.

Last month, Ivanhoé Cambridge announced that it had secured a deal to open a Time Out Food Market at its Montreal Eaton Centre project in downtown Montreal, which will see an overhaul that will include merging two adjacent shopping centres. Time Out Market will become a culinary attraction that will be another welcomed addition to Montreal’s rapidly changing core, which is seeing unprecedented investments both by developers as well as the City. Ivanhoé Cambridge, alone, is  investing more than $1-billion in revitalizing the downtown area near the newly combined complex.

The GTA CREACTIVE family entertainment centre is expected to be the first of several in Canada. “Cirque du Soleil Entertainment Group is currently in discussions with Ivanhoé Cambridge for additional locations in Canada, as well as with other partners for international markets,” according to a press release.

Neither Ivanhoé Cambridge nor Cirque du Soleil have announced in which GTA shopping centre CREACTIVE will open. The landlord lists the following GTA properties on its website, including (in alphabetical order) Mapleview Shopping Centre in Burlington, Oshawa Centre in Oshawa, and Vaughan Mills in Vaughan, just north of Toronto. Further outside of the GTA, Ivanhoé Cambridge also operates the Conestoga Mall in Waterloo as well as the Outlet Collection at Niagara in Niagara-on-the Lake.

A curated selection of edgy and youthful men’s designers join womenswear for the first time in The Room’s 83 year history.

The Italian luxury brand is the latest big name set to open a store in North America’s largest shopping centre.

The commercial building with over 200 feet of frontage on Bloor Street West will see an overhaul amid shifts in Bloor-Yorkville.

The Canadian outdoor retailer will lose its cooperative status as a US-based investment conglomerate takes over operations and appoints a new CEO.

Craig Patterson - October 12, 2021
The Hudson’s Bay company is suing the Moniz family who have already opened one small-format Zellers-branded store with plans for more.