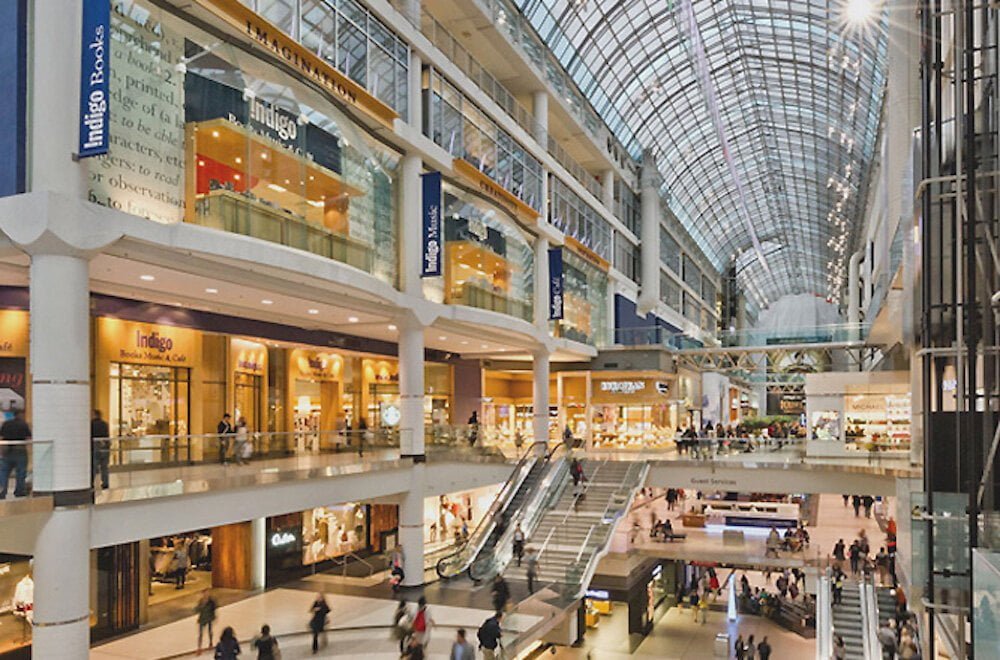 Retail sales growth in 2019 was the lowest since 2009, when a decline of 2.9% was recorded during the Great Recession. It is also apparent that all the major retail sectors contributed to the slow going in 2019.

The underlying 12 month trend (green line the above chart) has been going downhill for most of the last two years. The shorter term 3 month trend (orange line) remains weak, and no relief is in sight going into 2020. Retail sales were up just 1.4% year-over-year in Q4 2019, the weakest quarter of the year.

Food & Drug retail sales growth was just 2.0% year-over-year in 2019, a ten year low. For Q4 alone, retail sales increased only 1.4% year-over-year, indicating there’s still plenty of weakness in the sector at the start of 2020. While there recently was a slight uptick in the 3 month trend (orange line in the chart above), it’s still tracking below the underlying 12 month trend (green line).

Supermarkets & other grocery stores actually had a respectable Q4 2019, with retail sales up 3.7% year-over-year. This however was offset by a 6.4% sales decline at convenience stores and a mere 0.5% gain at specialty food stores.

Health and personal care stores had a tough Q4 2019, with retail sales declining 1.2% year-over-year, the worst quarter in years. Their retail sales were up only 1.5% for 2019 in total.

Retail sales growth in the Store Merchandise sector in 2019 was modest, with an annual gain of 2.2%. In Q4 2019 alone, sales were up an even more modest 1.8%. This is more or less good news however after the significant slide of the year before.

The short term 3 month trend (orange line in the chart) has been fairly steady compared to previous years. As a result, the underlying 12 month trend (green line) has been about flat.

There were a number of losers in the sector for 2019 overall. Retail sales at electronics & appliance stores finished the year down 9.9%, sporting goods, hobby, book and music stores declined 2.4%, and shoe stores were off 1.5%.

Thanks to the addition of cannabis stores, miscellaneous store retailers had the highest sales gain of 11.0% in 2019. General merchandise stores had a relatively good year with retail sales up 3.9%, and furniture stores also did well with a gain of 3.7%.

Note that Statistics Canada is now suppressing the breakdown of general merchandise stores for confidentiality reasons. The figures in the “By The Numbers” table below are estimates based on previous trends.

Automotive & Related is going nowhere fast. Retail sales in 2019 recorded an annual gain of only 0.7%, and current trendlines look weak going into 2020.

New car dealers account for over half of the sector’s retail sales. Despite a year-over-year gain of 1.8% in Q4 2019, their sales were still up 2.3% for the year. The much smaller used car dealers group however did much better with an annual retail sales gain of 6.5%.

StatsCan started providing ecommerce retail sales data in January 2016. While the amount of data is limited, some trends appear to be emerging. Here are some results.

Overall, e-commerce represented about 3.5% of Canadian retailers’ sales for year 2019, including both pure play sellers as well as the online operations of brick & mortar stores. Canadian consumers however also buy online from foreign websites which is not captured in these numbers.

Canadian e-commerce sales were up 17.3% year-over-year in Q4 2019. This was much higher than for location based retail which gained just 1.4%.

Note that location based retail is the same as that in the preceding “By The Numbers” table. It’s what’s normally reported as Canadian retail sales. Except that it isn’t. Location based retail excludes another section called Non-Store Retailers (NAICS code 454), which includes electronic shopping and mail-order houses, which in turn is where (mostly) pure play e-commerce businesses are. In 2019, electronic shopping and mail-order houses had an estimated $14.2 billion in e-commerce sales.

But that’s not the only source of e-commerce, as (mostly) bricks & mortar location-based retailers also sell online. For the year 2019, this group had an estimated $7.9 billion in e-commerce sales. With electronic shopping and mail-order houses, there’s a grand total of $22.1 billion in e-commerce sales by Canadian operators in 2019, up 22.4% over the previous year. Note that this does not include foreign e-commerce purchases made by Canadian consumers, but it does include e-commerce purchases made by foreigners at Canadian operations.

In the final section of the above table, (mostly) pure play operators (namely, under electronic shopping and mail-order houses) generated an estimated 64.4% of all e-commerce sales in Canada, while (mostly) bricks & mortar location-based retailers’ share of e-commerce was 35.6%.

This analysis is updated monthly as new numbers are published by Statistics Canada. If you would like notification of when an update becomes available (and you’ve read this far), please connect with Ed Strapagiel on LinkedIn.

Canadian Retail News From Around The Web For January 21st, 2022

Retail Insider - January 20, 2022
This week Craig and Lee talk about the new international retail brands that entered Canada over the course of 2021. Included is an analysis as well as a projection for 2022.