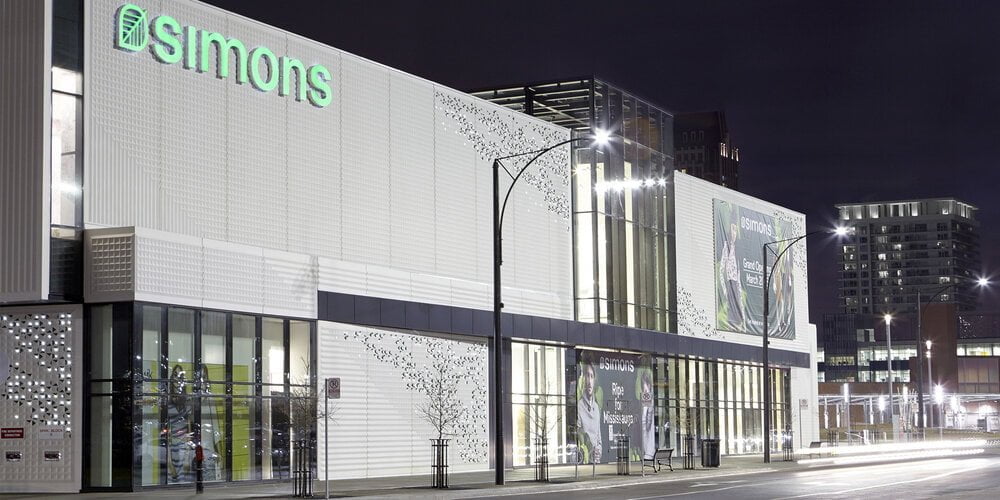 You can now buy a Louis Vuitton bag at La Maison Simons for the first time, though the bag won’t be new. Simons has partnered with two second-hand luxury retailers to carry a selection of merchandise in the Edito departments in four Simons stores as well as on Simons.ca.

Simons struck a partnership with luxury resellers LXRandCO and VSP Consignment on the initiative, which last week saw new collections rolled out at Simons’ stores at Place Ste-Foy in Quebec City, downtown Montreal, Square One in Mississauga, and at CF Rideau Centre in Ottawa.

Bag and accessory brands carried at those Simons stores as well as online include Louis Vuitton, Chanel, Prada, Hermès, and others. Women’s apparel brands include names such as Versace, Sonia Rykiel, John Galliano, Miu Miu, Saint Laurent, and Jean Paul Gaultier, among others.

Publicly traded LXRandCo was founded in Montreal in 2012 and operates concession spaces in Canada at 11 Hudson’s Bay stores in the Montreal, Toronto, Vancouver, Calgary, Edmonton, and Winnipeg markets. In the United States, LXRandCo operates locations at 11 Century 21 store locations — all are set to close with the recent bankruptcy of Century 21 which will result in its stores shuttering this fall.

VSP Consignment, which operates a physical store in Toronto as well as an e-commerce site, was founded in 2013. The retailer describes itself as the only large-scale resale company in Canada for luxury/premium fashion, with a ’sister store’ in Calgary called Vespucci which spans more than 10,000 square feet. For Simons, VSP Consignment curated an archive of fashions from the 70's, 80's, 90's, and early 2000s.

The introduction of vintage clothing and accessories is part of an eco push on the part of Simons, which is on trend. Some brands carried at Simons have an eco-slant as part of the retailer’s ‘Vision’ initiative including products with recycled fibres, organic cotton and linen, natural dyes and other characteristics. CEO Peter Simons said in 2018 that he wanted to make his stores ‘net zero’ in terms of energy usage, which was first achieved with the retailer’s Galeries de la Capitale unit in Quebec City. Electric car charging stations were also installed in stores such as the Londonderry Mall Simons unit which opened in 2017.

The Edito departments at Simons stores were already known for carrying luxury brands, none of which were second-hand. Big names at Edito include Balmain, Moschino, Chloé, Dries Van Noten, Issey Miyake, Marni, McQueen, Nina Ricci, Vivienne Westwood, and others. In the spring of 2020, Simons was said to have had issues with credit insurance for deliveries and as a result, designer merchandise from Edito departments was moved online for clearance. As of this week, new designer products appear to have been added online at Simons.ca for the fall.

Simons was in a challenging financial situation which was made worse by store closures due to COVID-19. Peter Simons said in the summer that the retailer had regained profitability and that vendors would be paid on time. Among other challenges included Simons losing Canada Goose as a brand, with Simons selling millions of dollars of the pricey parkas annually.

The Quebec City-based large format fashion retailer is unique in the way it does business. Stores across Canada are architecturally unique and are unlike anything in North America. The majority of products carried in Simons’ stores are in-house labels, while the retailer also carries a range of mid-priced and luxury brands.

The ‘high-low’ shopping environment is said to result in higher sales for the in-house brands — after seeing a pair of $1,000 pants, the $79 version looks much more appealing for many. Carrying luxury brands also elevates Simons in the eyes of consumers, and there’s no retailer like it in the United States.

Stores average about 100,000 square feet and feature fashions for men, women and kids as well as for the home. A limited selection of footwear is available in stores — and unlike a department store, Simons lacks beauty departments.

Canadian Retail News From Around The Web For August 12th, 2022

Craig Patterson - August 11, 2022
The sustainability-focused footwear and fashion brand launched unique stores in Canada as part of an international expansion.