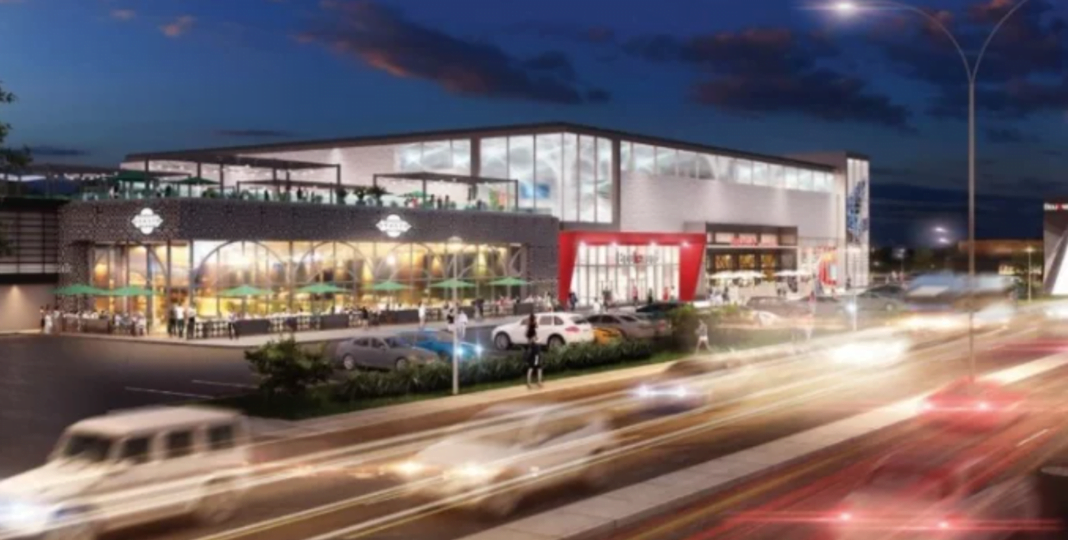 One of Canada’s oldest shopping centres will be shuttered entirely as the city of Montreal expropriates the entire property for a new transit line. The Le Boulevard shopping centre announced on social media on Monday that its tenure was coming to an end and that consumers will have the opportunity to shop closing-out sales in the coming months as stores exit the property.

Le Boulevard encompasses about 400,000 square feet of retail space and prior to the pandemic, saw more than 8 million annual visitors. The centre is located at the corner of Jean Talon Street and Pie IX Boulevard which sees more than 60,000 cars pass by daily. Existing tenants include Canadian Tire, Metro Plus Supermarket, Urban Planet, Jean Coutu, SAQ (Liquor Store) Dollarama, and Ardène, to name a few. Landlord Crofton Moore had been marketing the mall’s former Hudson’s Bay space for re-tenanting as part of a strategy shift for the historic centre.

The entire shopping centre property will be expropriated for the expansion of Montreal’s rapid transit ‘Blue Line’ that will extend to the Galeries D’Anjou shopping centre on the north part of the Island of Montreal. Plans had been in place to expropriate part of the shopping centre property and it was ultimately decided in February of this year that given the challenges associated with operating on only part of the site, taking over the entire property made more sense. Disruptions around construction and access were also taken into consideration as it was expected that many tenants would vacate the centre during construction regardless.

Le Boulevard was the third shopping centre to be built in Montreal, having opened on September 29, 1953, with 32 stores. The open-air shopping centre was enclosed in the 1970s and expanded in the shape of an L to house about 70 retail units.

When it opened in 1953, Le Boulevard was considered to be an important-enough mall to house the first suburban branch of the upscale Henry Morgan department store company. The one-level Morgan’s store was expanded to two levels in 1958 as it saw exceptional commercial success. Prior to opening at Le Boulevard, Morgan’s operated out of a massive building at 585 Ste-Catherine Street West which was rebranded as a Hudson’s Bay store in 1972.

The Morgan’s store at Le Boulevard was also rebranded as Hudson’s Bay in 1972, where it operated until its closure in September of 2018. Crofton Moore set out to redevelop the 100,000-square-foot Bay box by demising it for several new tenants including an Aubainerie store.

The Le Boulevard was one of the first suburban shopping centres in Canada when increasing suburbanization in the 1950’s saw modern shopping malls open in automobile-dependent locations on the outskirts of major cities. The expectation was that locals would patronize these instead of the massive multi-level department stores which were once staples in most larger Canadian downtown cores. The rise of the shopping centre is blamed in part for the demise of downtown retail in North America as well as the downtown department store model that was once part of every major city.

It’s a rare announcement in Canada for an entire shopping centre to close, with only a handful in recent memory. The Heritage Mall in Edmonton was demolished in 2001 for example, and Capilano Mall in Edmonton was repurposed as a big-box centre in 2013. Mall closures are far more common in the United States, which has far more retail space per capita, as well as a rapidly shrinking middle-class.

Shopping centre redevelopments in Canada are a different story, however, as many of the mall properties in the Vancouver and Toronto areas are slated for site intensification redevelopments, as well as numerous other malls across the country. Retail Insider’s Editor-in-Chief, Craig Patterson, authored Retail Council of Canada’s 2019 Shopping Centre Study which analyzed the situation in considerable detail.

It’s not yet known what will happen to the Le Boulevard site when the Blue Line is finished. Given the size of the site and its proximity to transit, it is highly likely that a mixed-use development including residential will be part of the future mix.

*Thank you Montreal correspondent Maxime Frechette for notifying us of this development.