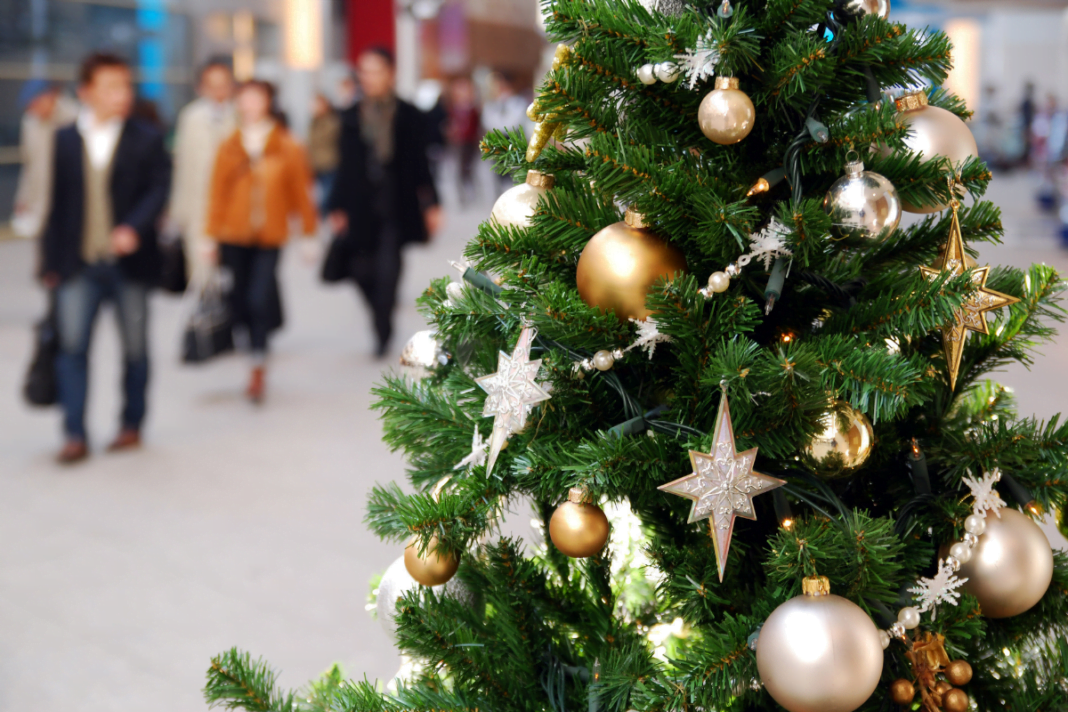 Celebrated author Mark Twain over the years has been stuck with a famous quote he may or may never have said: The reports of my death are greatly exaggerated.

You could say, the bricks and mortar retail industry is likely uttering those words confidently these days after the release of a new report by commercial real estate firm JLL.

The 2021 Retail Holiday Survey, by the company, found that 85 per cent of shoppers say they are going to return to shopping centres this holiday season and they’re going to be spending more time and more money in those malls.

“This is a great news story. I think it means that people want to go out and be in that environment and not sit in their pajamas and shop online,” said Tim Sanderson, Executive Vice-President, Retail, for JLL.

“When you walk through a shopping centre and you see lots of people in a great mood – it’s kind of hard to see people smiling, we’re all wearing masks – but when they’re carrying bags and they’re enjoying themselves, everybody gets caught up with that.”

The report said curbside pickup has found a niche, especially among intentional buyers. In 2021, 18 per cent are ordering online and driving to the store’s designated pickup area. This is the same percentage as last year when the option first appeared in the survey.

“Canadians of all ages, genders, regions, and incomes are returning to shopping centres this holiday season. With a large majority of the adult population fully vaccinated, 85 per cent of shoppers reported that they’re going to do holiday shopping in shopping centres,” said JLL.

“Shopper hesitancy seems to be in steady decline in Canada as more people feel comfortable with resuming physical shopping activities, including those in enclosed malls.

“This result demonstrates further progress compared with responses to the Bank of Canada’s previous consumer survey. In Q3, the Bank of Canada reported that about 75 per cent of respondents were willing to engage in at least a modest level of in-person activity.”

This fall, shopping centres across the country rolled out provincial health measures that have made dining safer and mitigated shopper hesitancy. Depending on the province, food courts and restaurants require proof of vaccination to access dining areas. After an initial drop in foot traffic, these food courts are expected to see increased visitation, especially during the holiday season, it said.

The JLL report said about half of shoppers say they will eat or drink in shopping centres and 37 per cent of them said they plan to spend on average 30 to 90 minutes when they visit a shopping centre.

“Retail is going to get a lot more personal going forward,” said Sanderson. “ It’s your phone clicking and saying hey guess what we know you bought a pair of shoes six months ago, they’re probably getting a little worn out now, how about coming in. When they can track you and follow your habits, that’s one thing.

“You have a personal shopper. I’ll give a high end example of  Holt Renfrew. They’re big on that . . . That’s what people want. People want that personal connection, especially in fashion . . . I think the personalization of retail is going to continue and it’s only going to be enhanced through digital applications.”

The JLL report said Canadians plan to increase their gift spending budget by 11 per cent this year after having saved a significant share of income during the pandemic. The average amount Canadians plan to spend on gifts is $473.

The JLL report also indicated that Amazon remains Canada’s top retailer with the preference of 32 per cent of shoppers while Walmart is second at 31 per cent.

Since 2019, the three most popular retailers in Canada have remained Amazon, Walmart, and Best Buy. In 2020, during the height of online sales, Amazon by far surpassed Walmart in shoppers’ preferences, said JLL.

“Year after year, Canadians’ top priority for shopping continues to be price, as indicated by 30 per cent of respondents. Most generations chose saving money as their top goal, with shoppers between 18 and 24 ranking it highest. In turn, shoppers between 45 and 54 more prefer to avoid the hassle and crowds,” added the report.

“Despite losing importance this time, getting friends and family what they want remains the second most important factor, especially for shoppers 55 or older. The pleasant surprise in 2021 is that more shoppers have put importance on having fun. For shoppers between 18 and 34, this ranked second.”

Sanderson said Canada remains a value-driven proposition when it comes to spending.

“People want to get stuff cheap,” he said.

Mario Toneguzzi - November 30, 2021
Walmart said the acquisition would allow the company to offer more personalization capability for its customers as the retailer continues to fight for market share.

Mario Toneguzzi - November 30, 2021
The retailer also launched a virtual try-on solution that has resulted in an ecomm explosion.