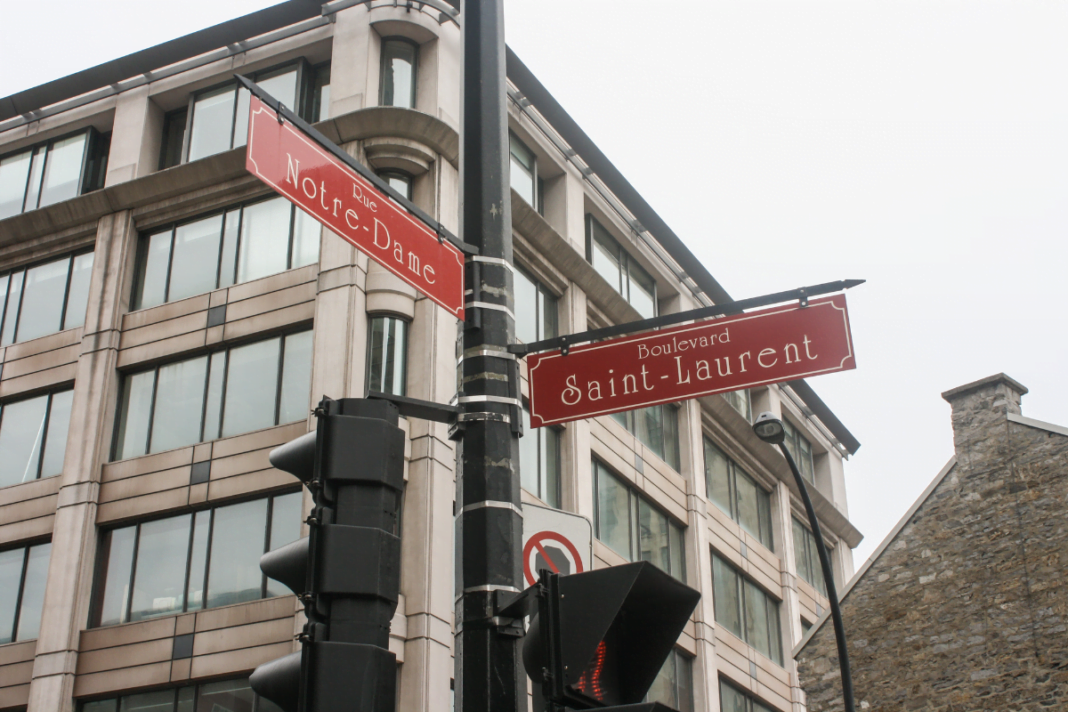 Luciano D’Iorio, Regional President and Managing Partner of CDNGLOBAL Quebec, said the retail landscape is looking good for Montreal but it continues to be in transition like it was pre-pandemic.

“Now I’m getting a lot of interest for retail space from QSR (quick service restaurants) users, surprisingly because you think that some of the restaurants didn’t do well during the pandemic but the QSR guys are always looking for spaces. Grocery is still very much strong. I think it’s really the apparel business that’s in flux, entertainment as well. As things start to pick up and people want to go out and enjoy being together, I think you will see a lot more of those things coming to malls and coming to the retail scene.”

D’Iorio said Costco just opened up a major warehouse in Anjou in the Montreal area.

“They basically built a warehouse that’s 20 per cent larger than their former warehouse and their former warehouse which is not far from their new one they’re still going to operate it but as a business enterprise warehouse. So they’re going to have the business enterprise concept and then they have the Costco that you and I know. They opened that at the end of October. So I foresee in that neighbourhood it’s going to have some effects in terms of retailers.”

D’Iorio said retail vacancy in the downtown area is not that bad compared to other major cities, particularly in the US.

“It says a lot about Montreal in general. The city centre of Montreal is basically fuelled by three factors – the student population, the office worker population and then the tourist population.

“The students came back in September and both McGill and Concordia returned to in-person classes. Ninety per cent of university students were back in person and over 50 per cent of office workers were back full time or in a hybrid situation,” he said.

“The missing piece here I see is obviously the other 50 per cent of the office workers and then the tourism because in August when we opened the land border to American US citizens coming into Montreal we started to see hotel occupancies increase and of course that just bodes well for retailers. As things start to come back, a street like St. Catherine Street will start to pick up.

“Bricks and mortar is still important to some retailers. Some others they were probably suffering during the pandemic but some of these were suffering pre-pandemic. It’s just the evolution of the way people are shopping.”

A fall retail report by commercial real estate firm JLL said the Montreal retail market has seen considerable improvement in leasing activity this year, but not yet to the levels of 2019. A series of restrictions, lockdowns, and nightly curfews has impaired the ability of many retailers to make plans and expand.

“Those who have expanded are focusing on the suburbs and urban areas outside the city’s core, as many office workers have stayed outside of the downtown areas and worked from home,” said the report.

“Montreal’s City Centre Report registered an increase in the percentage of downtown Montreal stores that were vacant or temporarily closed, from 28 percent in Q4-20 to 34 percent in Q1-21. The same study also revealed that the retail vacancy/temporary closure rate in downtown shopping malls surged from 20 to 34 percent. Sainte-Catherine Street experienced a slight increase.

The report added that the ramp-up to the recovery of food services will certainly be slow as Quebec’s 2021 sales are down 29 per cent from pre-pandemic levels. After recovering much of the foot traffic in the summer, full-service restaurants in Montreal will likely see a weakening in business as the fourth wave moves through and the weather cools. Having fully recovered, QSRs will continue to perform better.

“Montreal has made great progress with the reopening of the economy, with increased visits to retail and recreational places. Compared with pre-pandemic levels, visits were down 62 percent in January 2021 but only down 14 percent in August. During the summer, visits to workplaces remained stable, down 35 percent from pre-pandemic levels, while August’s transit station visits were down 42 percent,” it said.

“Downtown foot traffic is set to rise in the long run as office workers, students, and tourists slowly return. More than 300,000 workers used to visit the downtown area every day. The redesign of Sainte-Catherine Street continues to progress, and construction work between Robert-Bourassa and Mansfield should be finalised this fall. The city will still be upgrading Philips Square and Union Avenue through 2022.

“The recent relaxation of quarantine for international visitors improved the prospects for downtown. Montreal hotels saw a considerable jump in their metrics during the summer. In July, occupancy sat at 42 percent, more than twice as much as July 2020.”

Manon Larose, Senior Vice President, Retail with JLL, said she recently toured the principal malls and she noticed that consumers are more enthusiastic than ever.

“The consumers just want to go back. They bought nothing for the past 18 months. So they have some money to spend,” she said.

“In terms of retailers coming on the street, there are some very, very well-known banners that are looking at St. Catherine Street. I’m just thinking about three of them, which I cannot name for the time being, but I could say a prominent shoe brand who will soon be opening on St. Catherine. Electric cars are also looking at showrooms. So there is increasing demand for downtown and for St. Catherine.

“There are also a lot of companies that did pretty well on the web that are looking for brick and mortar now. I think a lot of the retailers that have postponed some of their projects are now ready to go and operate.”

“In the downtown core, there was already an element of vacancy and obviously the pandemic has exacerbated that situation. That said, there have been numerous new players that have entered the market over the last couple of years and that is helping invigorate and I guess rejuvenate the scene. So there are positives most definitely,” he said.

“In the last year and a half, we’ve opened Uniqlo with their largest store in Canada on Sainte-Catherine Street. We’ve reopened a larger and enhanced Sephora on the street. We had Victoria’s Secret that we had done. These are just things that we did from our own office. The full opening of the Ogilvy Holt Renfrew. There is new store development, there are things happening. Is it enough? Well it’s never enough but I would say Montreal hasn’t fared worse than the other major cities in Canada. As a matter fact, maybe because we do have a considerable amount of residential in our downtown core, it’s helped it be less empty compared to some of the other major markets over the course of the pandemic.”

Berkowitz said the main challenge that the retail real estate industry will have to live with, which will continue over the next couple of years, is the construction on the high street with the roadway being dug up section by section.

“That is a very disruptive factor for retail. I also think the city maybe needs to find a better way to deal with that project. So far, the sections that they’ve closed off have not really been properly. They haven’t made it as user friendly, pedestrian friendly when they closed the street off to vehicles. So hopefully the city will find its way to be more supportive to the retail environment while they’re getting the work that they have to do done,” he said.

Mario Toneguzzi - February 7, 2023
A report by Colliers shows that a slower return to the office is impacting the city's downtown while suburban retail vacancies see a downturn, though the return of tourists and cruise ships is a positive for the core.

Mario Toneguzzi - February 7, 2023
The brand says it will grow its store count quickly over the next while as it enters new markets with its value-focused optical concept.