With the tagline “unique soles for unique souls since 1970”, independent Canadian footwear designer and retailer John Fluevog is known globally for thinking well outside the shoebox. His long-time faithful fans, known as Fluevogers, plus celebrity clients that include Madonna and of course Dr. Bonnie Henry, all share an appreciation that John unapologetically designs what he loves.

Free-spirited Mr. Fluevog kicked off his career in the 60s at Vancouver’s Sheppard’s Shoes, and by 1970 he and fellow co-worker Peter Fox opened Fox and Fluevog in historic Gastown. Ten years later the two parted ways and John went solo. The 80s brought us his landmark Angel Soles, made from 100% natural latex harvested from the Hevea Tree, and that still have the famous message on the sole: “Resists alkali, water, acid, fatigue and Satan”. His retail business grew by opening boutiques around the globe and a thriving e-commerce site.

British textiles and fashion designer Dame Zandra Rhodes celebrated her 50th year in fashion in 2019 with a retrospective exhibition at the Fashion and Textile Museum, which she founded in London, and a book published by Yale. With her signature hot pink bob, bold style and love of vivid colour, Ms. Rhodes has dressed Freddie Mercury, Diana Ross, and Princess Diana plus collaborated with brands like Valentino, Topshop, and M•A•C Cosmetics, including a collection for IKEA in 2021.

The Fluevog x Zandra Rhodes collection unveiled in June 2022, and writer Catherine Dunwoody had the opportunity to sit down with both designers to chat.

Zandra, were you familiar with John Fluevog shoes, prior to working together?

Zandra: Many years ago, I was first introduced to the magical name Fluevog when I was in New York doing an appearance at Henri Bendel, and one of my lovely customers said, “you must come into this shop in Soho.” I went in and bought a pair with a buckle, in green suede, and I had this green suit to go with it that I had made. The shoes were like nothing I had ever seen before. They were fabulous. And comfortable. I had them in my London flat, and one Christmas I was away for a week. I have double locks, but someone had burgled and entered from the roof. The only thing they took were the green shoes, because they couldn’t get out the front door to take the television and other big things down. But my shoes went. (laughs)

How did you two meet and when?

John: We are two birds of a feather, two soul mates, because we…

John: Absolutely. So, an agent got in touch with us about collaborating, and we thought ok…but I think for both of us when we are approached with an idea it’s not something you jump into immediately, it has to work for both parties. The process has to be fun. There are a lot of bits and pieces that go into this. Special buckles and molds are made, all the prints have to be the right size, the trims, we have to really be on the same page. We both have to let it go a bit and watch what happens.

Zandra:  Plus, we are both surrounded by exciting staff.

John:  Yes, we do have great staff. And I feel very privileged that a guy from Vancouver can connect …

Zandra: With a girl from London (laughs)

John:  I mean, Zandra was just with the Queen’s Platinum Jubilee, she was riding with seven other Dames of repute.

What came first, the shoe styles or the colours and fabrics?

John: We started with a few of the iconic shapes I had done that are recognizable as Fluevog. Then

Zandra added her twist – her prints, her wiggles. I am very pleased to honour her in her work that she spent a lifetime doing.

It sounds like you have some shared sensibilities, yes?

Zandra: I think we are both prepared to stick our neck out and try things, that are not going to look like anyone else’s.

John: And we are still relevant after all these years, which is unusual, and I think it needs to be said that we both work hard.

Zandra: I think both of us are on a different wavelength than others. I would never put us in ‘fast fashion’ for instance. I think we are producing an unusual product that people either like, or don’t like.

John: If I was in fast fashion, I probably wouldn’t be in business today. If I tried to follow every trend like a madman, I would be super stressed years ago, and out of business. It’s finding your own voice, your own sensibility which is very different from just following trends. I’m not bragging when I say this but it’s not easy to have your own energy that is picked up around the world and recognized like ‘that’s a Zandra Rhodes, and that’s a Fluevog’. If you follow what’s inside of you and what gives you energy, it works. I still like looking at shoes because they still give me a thrill.

John: With Zandra’s pieces you can pull out something that you bought thirty years ago, and they look great depending on what you mix and match together. I am with Zandra in that I don’t like making shoes that you’re going to throw away or feel odd in a year from now, like ‘that’s so last year’. I want to produce things that look beautiful, that people say ‘those are wonderful, where did you get those?’ and that are special. Shoes you keep and that are not disposable.

John, how many stores are you at are now globally?

John: 24. We shrunk slightly during Covid, but I’m still in business.

Any interesting plans with the new 4th Avenue store in Vancouver?

John: We designed that store to do events, we planned it for that. We like to do charity events, it’s aways fun for us as a company and for my wife and I both. Sometimes business is business, and you can get all ‘whatever’ about it but at the end of the day if you are giving back to the community and there are things we can do to share and to give. There’s that human pleasure in just living, that you did something good. That means something to me.

Any plans for new stores or initiatives?

John: We are always looking and thinking. Our New York store moved a few blocks away during Covid because of rent situations, and needless to say the internet is far reaching.  We have this thing called International Fluevog Day every May 15th. It’s our day of random acts of kindness. Every year we have a celebration, and all our products are 15% off. Then we randomly give away a free pair of shoes to every 51st customer who shops on the internet. I ring the majority of them, and say something like “hi Mary, this is John Fluevog” and most of the time they think the store is calling them (laughs) and “did you know its IFD today? Well, your shoes are free.” It’s fun right?

Any presence in film or television lately?

John:  We did a boot for the Star Trek: Strange New Worlds series, everyone in the cast wears it as part of their uniform. We’ll make it available to the public later as part of the fall/winter ’22 collection.

The John Fluevog x Zandra Rhodes Collection is available in stores and online. 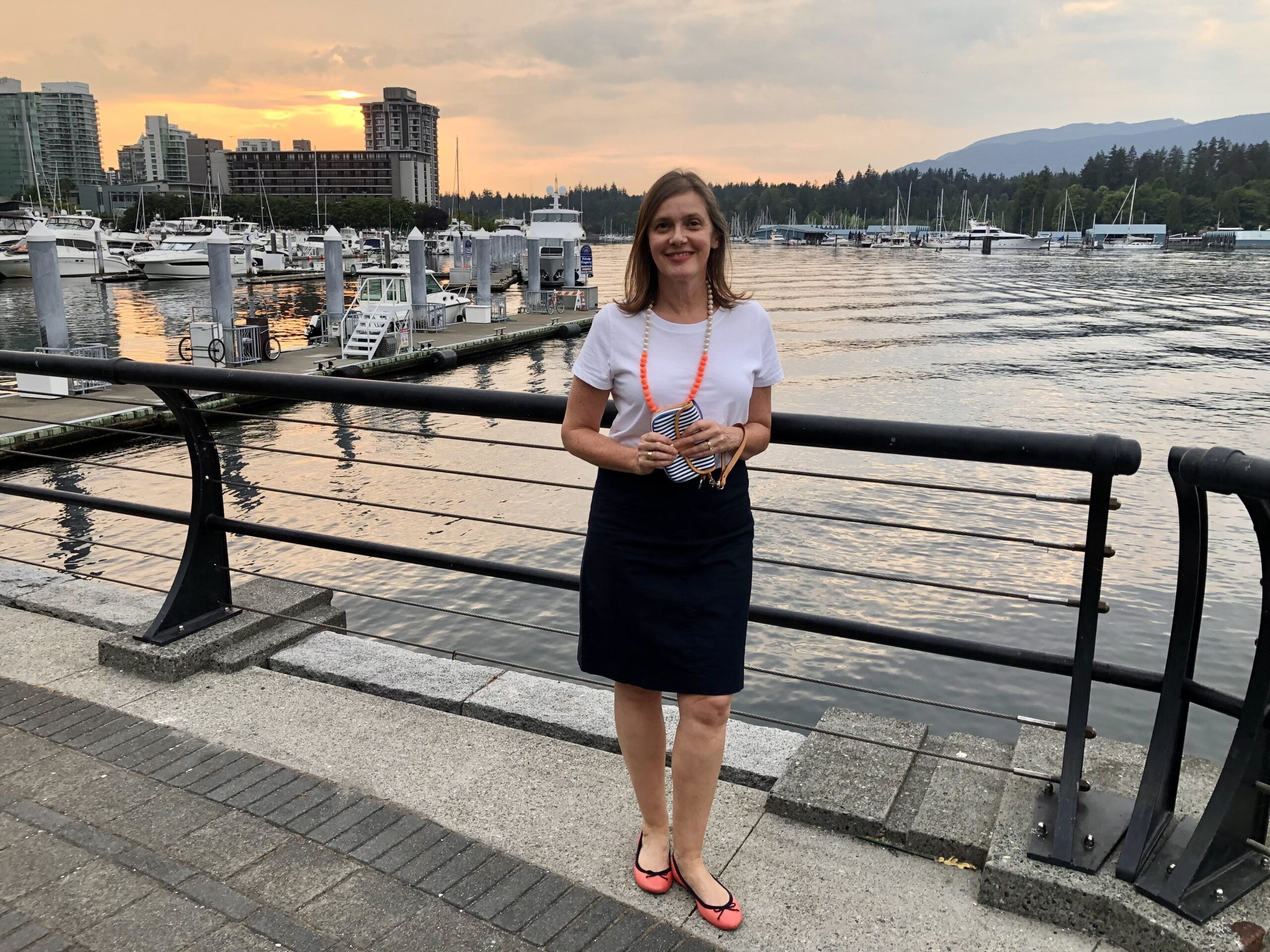 Catherine Dunwoody
Catherine Dunwoody is a freelance creative based in Vancouver with a focus on lifestyle topics and a decades-long career as a writer, producer, stylist, and consultant, including as founding Western Editor at both FASHION and LouLou Magazine. Clients include The Bay, Oakridge Centre, Isaac Mizrahi, American Express, M•A•C, Winners / HomeSense and more. She’s contributed to The Globe & Mail, HGTV, People, Food Network Canada, Entertainment Weekly, Nuvo, Vita Daily, BC Business and others plus appeared on CTV, Global, W Network, CityTV as a lifestyle expert.