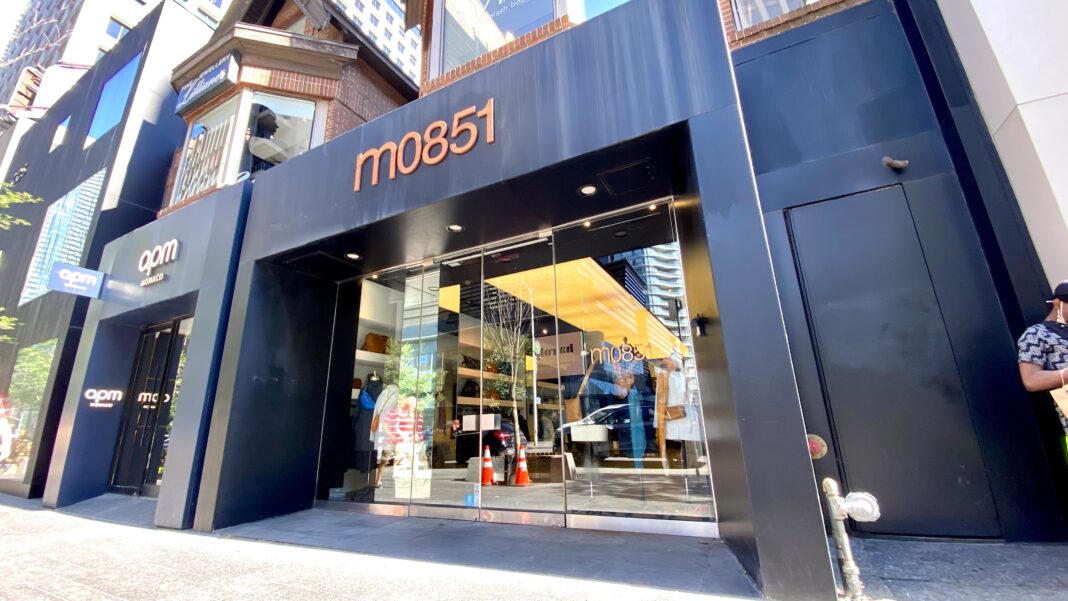 Montreal-based m0851, which designs and manufactures leather bags, accessories, jackets and outerwear, is expanding with the opening of a new store on Bloor Street in Toronto.

And the retailer expects to continue to expand the brand’s footprint in different parts of the world.

“We do believe in flagship stores to sort of make sure that the clients experience the lifestyle, the brand, the feel, the service, the product, the touch and feel of the product which is really important,” said Faye Mamarbachi, President of the company.

“Our plans are not to open many in each city but more flagships in major cities across Canada and the US. We also have opportunities overseas. We have franchises overseas as well. People reach out to us to open concept stores within their market.

“We’re continuing to grow the Asian market, the China market, which is owned by another group. Obviously, ecomm becomes predominant. With the pandemic, natural growth within the ecommerce platform was exponential at this point and so we’re going to continue to grow that platform as well. But having flagship stores both domestic, in Canada, and US and overseas is going to help each other on both platforms. So the growth on the ecomm platform becomes really important as well as those flagship stores within important cities.”

The name of the company is interesting. The ‘m’ stands for the first letter of her father’s, the founder, last name. And the numbers represent his birthdate as August 1951. Frederic Mamarbachi founded the company in 1987.

The first store opened in Montreal followed soon after by a second store in New York City. It currently has six stores with the opening of the Bloor Street location. Three stores are located in Montreal and another one in Bayview Village in Toronto.

The brand also has three stores in China – two in Shanghai and one in Beijing.

“Obviously it’s Asia so it’s a larger market,” said Mamarbachi. “There are plans for opening throughout the China market in the next couple of years. Obviously with the retail situation we’re kind of just adapting the situation as we go along but the plan is to continue to expand in China as well.”

The company said the brand’s inherent charm comes from its approach to design – anchored in a combination of sleek and functional aesthetics, coupled with high-end raw materials sourced around the world.

“From the Purity of our Designs emanates simplicity, vitality and contemporary science. Innovation is born from experimentation at m0851. Trial and error are an intrinsic part of life, and new products are more often than not the result of these experiments,” it says on its website.

“Life is a continual search for equilibrium. Our brand identity has always been rooted in a combination of enthusiasm and know-how, one theory on striking a balance between charm and functionality.”

All m0851 products are designed in Montreal, and over 90 per cent of them are entirely conceived and crafted in the company’s Montreal workshops. Since the beginning, it has voluntarily chosen to favour local production, despite the challenges. As a result of this choice, it makes full use of the outstanding talents of its artisans and it maintains full control over the quality of its products at every stage of the manufacturing process.

Mamarbachi said m0851 is constantly sourcing quality raw materials around the world. Whether it’s full grain leather, high-tech fabrics, silk, cashmere, wood or metal, the company’s criteria for selecting new raw materials are simple but stringent: innovation, authenticity, superior quality and, of course, charm. It strives to buy its leathers and fabrics from equitable and eco-conscious sources even at a higher cost.

CBRE listed the commercial space at 89 Bloor St. W. where the new store is now open. A MAC store formerly occupied the space.