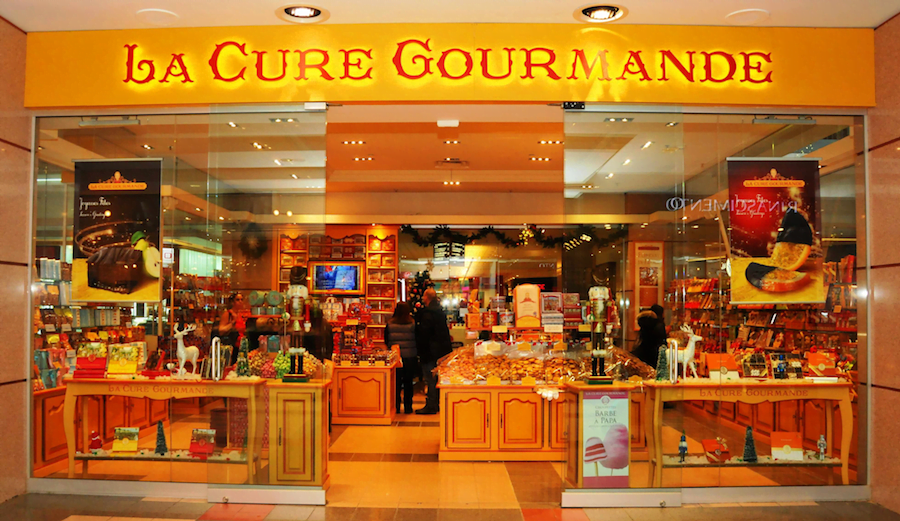 Upscale French biscuit, confectionery and chocolate shop La Cure Gourmande is looking to eventually open as many as 35 stores across Canada, after opening its first North American location in Montreal late last year. We spoke with the company’s Montreal-based franchisee Nazar Najarian, to gain insight into plans to expand the delicious retailer into various locations.

La Cure Gourmande currently operates almost 50 locations around the world, including two in North America. Its first North American store opened in November of 2014 at Montreal’s Place Montreal Trust and last spring, a New York City location became its second. The company is in the process of setting up a distribution centre in the province of Quebec to serve its expanding Canadian operations.

Mr. Najarian explained how Montreal acted as the brand’s North American gateway, and how the company is already seeing tremendous success. As part of the brand’s Canadian expansion plans, La Cure Gourmande will first focus on opening more stores in the province of Quebec, then Ontario. A couple of store locations are planned for 2016, according to Mr. Najarian, with six or seven stores planned for Quebec before 2018. Ontario could eventually see 12 to 15 locations, he said, with as many as 30 to 35 Canadian locations planned for the long-term.

Mr. Najarian explained how the brand is looking to occupy retail space in the 600 square foot to 1,500 square foot range, with an average size of about 1,000 square feet. Smaller locations would typically locate in shopping centres, while larger stores would generally be streetfront. Busy tourist-heavy areas are particularly attractive to the brand, as shoppers tend to “take their time” and “seek new experiences”, according to Mr. Najarian.

La Cure Gourmande plans to become a world leader in sweets and confectionery within the next 10 to 15 years, according to Mr. Najarian. Many more stores are planned, with a big push into the United States as well as in the Middle-East and Asia.