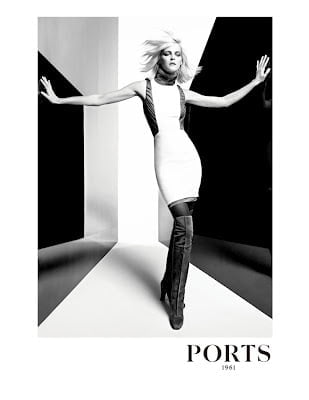 Upscale womenswear designer Ports1961 is closing its two free-standing Canadian stores: One at 717 Burrard Street in Vancouver (already closed at press date) and another at 151 Bloor Street West in Toronto. A Ports1961 shop-in-store at Montreal’s Ogilvy department store will stay open for now.

The women’s label will continue to be carried in Toronto in Vancouver, both within ‘The Room’ at Hudson’s Bay. Men’s Ports1961 will be carried at selected Harry Rosen stores.

The label started in Toronto in 1961 and was called ‘Newport Canada’. In 1994 the label left Canada and became a major fashion label in China, including, currently over 350 stores. In 2004, the label changed its name to Ports1961 and became headquartered in New York City.

The label includes menswear, but the Canadian boutiques in question only carried womenswear.

In 1988, Canadian twins Dan and Dean Caten started designing for Ports International. They are now now world-renowned for their Italy-based fashion label, DSquared2.

The Toronto Ports1961 retail space will be replaced by Stuart Weitzman. We are awaiting permission to reveal the tenant which has already leased the former Vancouver Ports space. No word yet on the fate of the company as a whole.