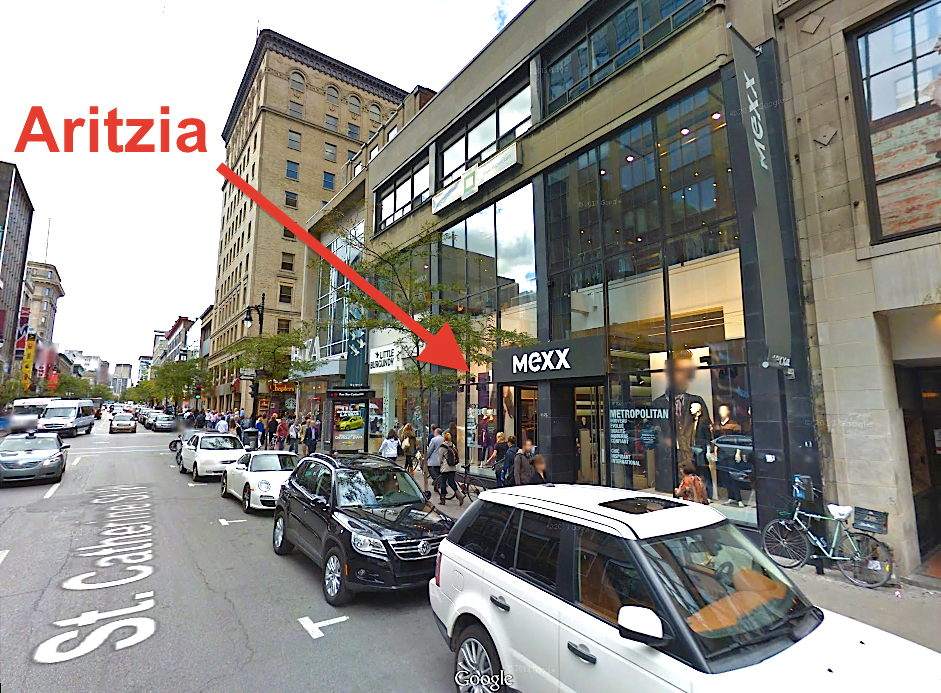 Aritzia will occupy 9,800 square feet in the former Mexx location at 1125 St. Catherine Street West in Montreal. The store will join the world’s second-largest Victoria’s Secret location up the street, replacing a recently shuttered Chapters bookstore. Aritizia will also keep operating its location at nearby Montreal Eaton Centre.

Aritzia will open several other Canadian locations this year, including a flagship at Halifax Shopping Centre as well as stores in Oshawa (Oshawa Centre), and Promenades Saint-Bruno in suburban Montreal.

Aritzia currently operates 49 Canadian locations, as well as 15 in the United States.

Founded in 1984, Aritzia’s target market is women aged 14 to 30. Much of the clothing sold in its stores are its own exclusive brands, including TNA, Talula, Babaton, Wilfred, Wilfred Free, Community, Le Fou, La Notte, Sunday Best, Paradise Mine, The Castings, Six Eleven, and Auxiliary. Stores also carry clothing from brands such as Citizens of Humanity, Mackage, Marc by Marc Jacobs, Nike, Levi’s, Ebbetts Field, A Gold E, Havaianas, and J Brand Jeans.