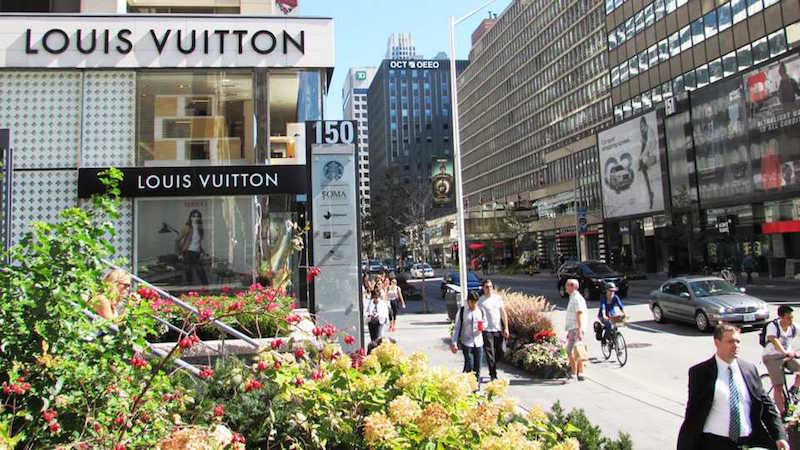 Property consultancy Knight Frank’s ‘The Wealth Report 2017’ provides evidence of growing affluence in Canada, which may support the notion that there’s more room for luxury retail in Canada. This country is outpacing the United States in terms of overall wealth growth among those with net assets surpassing US $30 million, as it has been for a number of years.

Interestingly, Toronto appears to have more ultra-wealthy people than Paris, France. Knight Frank estimates there are 110,900 individuals with net assets of over US $1 million, with 1,320 of those being in the US $30 million+ UHNWI category. The study also forecasts a 10% reduction in UHNWI’s between 2016 and 2026, after seeing a 12% reduction between 2015 and 2016. Paris is likely to always have luxury retail, however, given that it is the headquarters for a considerable number of luxury brands, not to mention one of the world’s top shopping destinations for international tourists.

Toronto and Vancouver still trail behind New York City, San Francisco and Los Angeles in terms of wealth, however, according to the study. Both Canadian cities also trail behind much smaller cities in Switzerland — Zurich and Geneva — which both have a surprisingly high number of very wealthy individuals.

Local affluence is only one component of what luxury brands look for when determining where to open stores. Spending patterns, demographics, mobility, incomes, and tourism also play significant roles. As tourism numbers are forecasted to increase in Canada, particularly among high-spending Chinese tourists, Vancouver and Toronto stand to gain. The US Trump administration’s recent border-related entrance denials/detainments could also further enhance Canada’s tourism, as international visitors may see Canada as a friendlier and more accessible destination — and our low dollar only makes us more attractive to high-end shoppers.

In the coming weeks we’ll be touring Canada’s ‘luxury retail nodes’, and we’ll report on each of these in separate articles. We’ll discuss both freestanding luxury brand boutiques, as well as concessions operating within larger host retailers. About 18 months ago we coordinated a study on behalf of a Canadian consultancy, where we ranked Canada’s ‘luxury nodes’ in terms of number of brands with stores. We’ll update and expand on that here on Retail Insider, as there have been a number of new ‘luxury nodes’ added — including CF Toronto Eaton Centre, which now houses Saks Fifth Avenue, Nordstrom, and Links of London as new luxury destinations. Other areas of discussion will include Toronto’s Bloor-Yorkville and Yorkdale Shopping Centre, Vancouver’s Alberni Street ‘Luxury Zone’, Montreal’s Rue de la Montagne/Sherbrooke Street West, and a handful of other streets and malls in major centres.