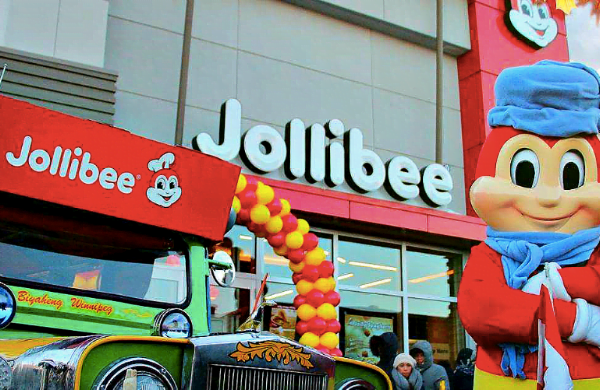 Filipino fast food giant Jollibee has entered the Canadian market with its first two locations in Winnipeg and it plans further Canadian expansion including into the Greater Toronto Area beginning in the first half of 2018.

“We’re going to open our first store in the Greater Toronto Area in the first half of next year – Scarborough and then Mississauga,” she says. “And then there are plans to open in Edmonton. We’re looking at 2019 to go to Edmonton.”

“We just opened our stores in Canada and we’ve seen very good response from those two stores in Winnipeg. And there are definitely plans to expand further in other areas of Canada. Vancouver is also an area we’re looking at but there are no definite plans yet . . . Canada is one of our key areas for expansion.”

Yorro says Jollibee has about 1,200 stores around the world with 37 in the United States and two in Canada.

The first Winnipeg store opened in December a year ago with the second store opening at the end of November, 2017.

Jollibee began when Tony Tan and his family opened a Magnolia ice cream parlor at Cubao in 1975 which became the first Jollibee outlet. In 1978, Jollibee was incorporated as a 100 per cent Filipino-owned company with seven fast food restaurants within Metro Manila as its initial network.

Today, it is the largest fast food chain in the Philippines and it has embarked on an aggressive international expansion plan in the U.S., Vietnam, Hong Kong, Saudi Arabia, Qatar and Brunei.

“It’s the largest Asian restaurant company in the world in terms of market capitalization,” says Yorro.

She says Filipinos who have moved to other countries eagerly anticipate the opening of Jollibee locations in different parts of the world because “it gives them a taste of home.”

“It gives them a chance to experience the Philippines again.”

Mario Toneguzzi - February 7, 2023
A report by Colliers shows that a slower return to the office is impacting the city's downtown while suburban retail vacancies see a downturn, though the return of tourists and cruise ships is a positive for the core.

Mario Toneguzzi - February 7, 2023
The brand says it will grow its store count quickly over the next while as it enters new markets with its value-focused optical concept.