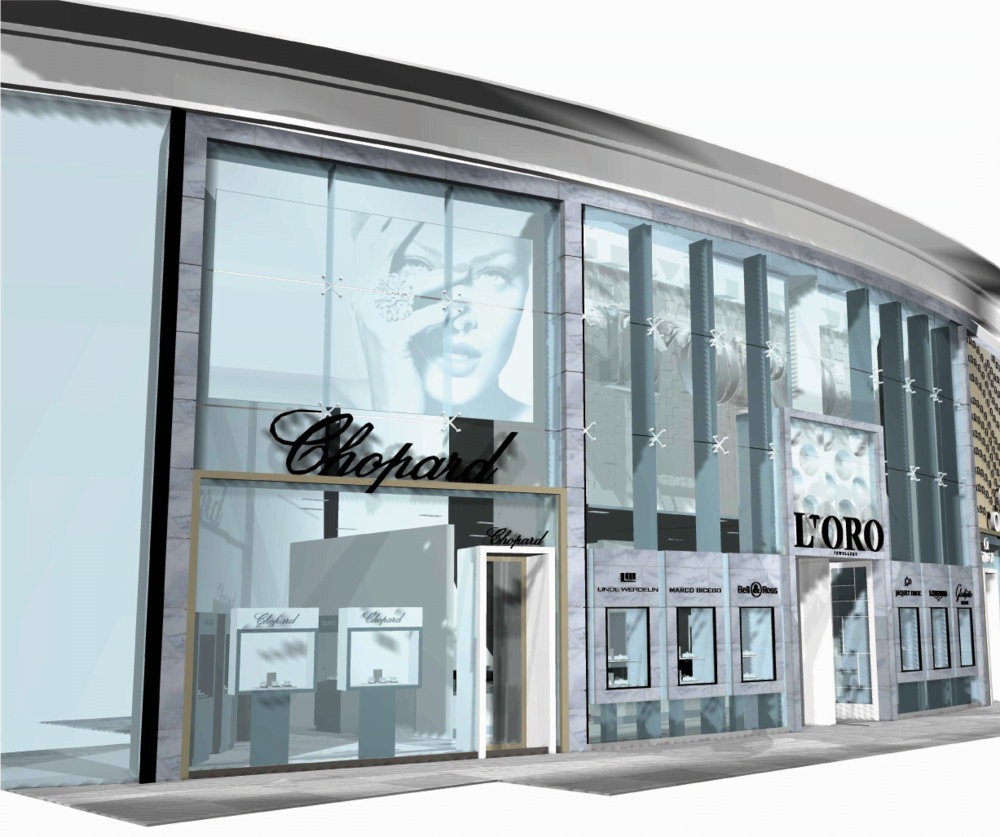 This fall, Swiss luxury jeweller and timepiece brand Chopard will open its first Canadian location at Toronto’s Sherway Gardens. The jewel box-sized boutique will be adjacent to a flagship location for multi-brand jeweller L’Oro Jewellery, with both stores to open in the mall’s substantial new expansion wing.

Chopard was founded as a watch brand in Sonvilier, Switzerland in 1860 by the then 24 year-old Louis-Ulysse Chopard. The company soon expanded into jewellery and now, Chopard designs and retails accessories such as leathergoods, writing instruments, clocks, eyewear, silk scarves, gifts and fragrances. Prices can climb into the thousands, particularly for its diamond jewellery and watches.

In late September, the 400 square foot Toronto Chopard boutique will open adjacent to the new 2,500 square foot flagship location of multi-brand jeweller L’Oro, within the new $550-million, 210,000 square foot expansion of Sherway Gardens. The same expansion will include replacement locations for menswear retailer Harry Rosen and upscale sports retailer Sporting Life, as well as about 50 new retailers. In early 2016, Saks Fifth Avenue will open in part of the mall’s former Sears space and in the spring of 2017, Nordstrom will open its third Toronto store within the mall.

More luxury brands for Toronto’s Sherway Gardens will be announced in the coming weeks.

Canadian Retail News From Around The Web: August 4, 2015