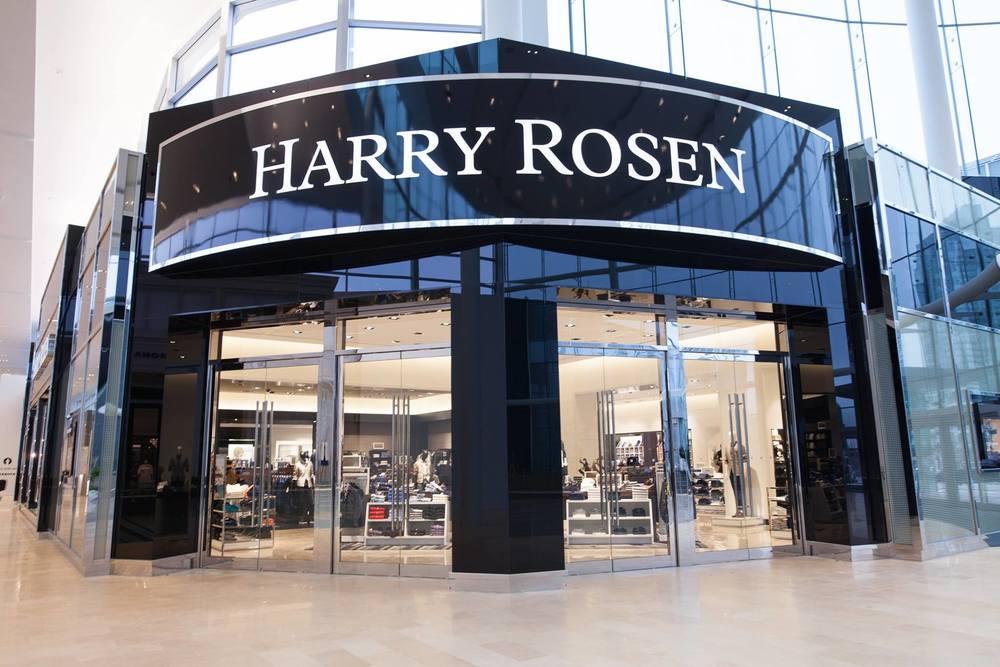 The new store replaces a former 10,000 square foot Harry Rosen location that opened at Square One about 30 years ago. Lease plans provided by landlord Oxford Properties show the new Harry Rosen store occupying a primary retail floor of 15,075 square feet, plus an additional 4,660 square foot mezzanine, for a total of about 19,735 square feet.

The store’s interior is bright, and features an expanded selection of designers such as John Varvatos, Armani Collezioni, Versace Collection, Burberry, Munro Tailoring, Moncler, Paul Smith, Canali and Hugo Boss, among others. The store features a custom installation of dress shirts and furnishings, prominently featuring items from Eton on Sweden, and also features cufflinks and other accessories from popular designer Robert Tateossian.

“Our new flagship store represents our most modern thinking in terms of store design,” said CEO Larry Rosen. “We’re thrilled to reveal this state-of-the-art store here. This new store is a testament to how well we understand the needs and wants of Canadian men. Our buyers are based here in Toronto and curate the world’s finest menswear collections with a uniquely Canadian perspective – specifically tailored to every unique market we operate in.” Mr. Rosen went on to say: “We set out to build the best shopping experiences for men. Everything was designed with the delivery of our legendary customer service in mind.”

See more photos below, all via Harry Rosen.