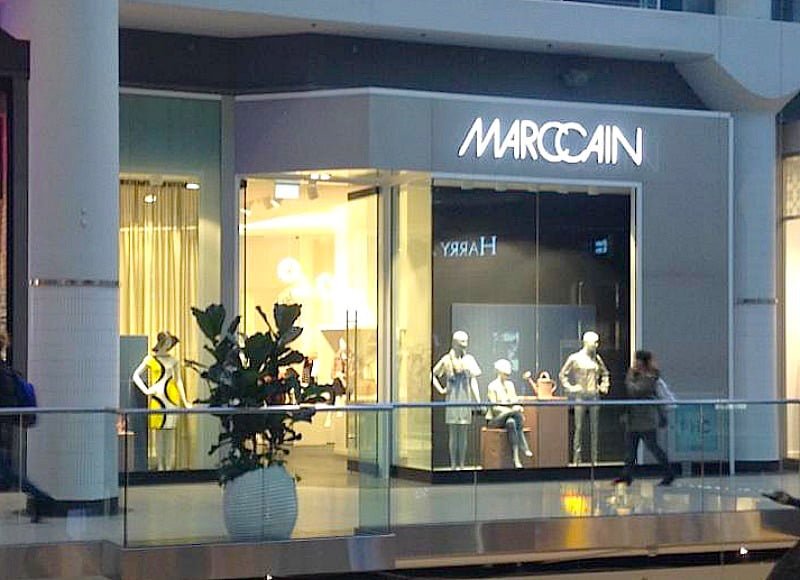 “We are excited about the launch and rapid expansion of Marc Cain in the Canadian landscape,” says Stephen Belfer, Managing Director for Marc Cain Canada. “We are increasingly seeing a European flair in the clothing choices of Canadian women and thought it was the perfect time to introduce this brand to the market.”

The brand’s first three locations opened in October of last year at CF Carrefour Laval near Montreal, at Place Ste-Foy near Quebec City, and at Calgary’s CF Chinook Centre. On March 3 of this year, a fourth Canadian store opened at Mississauga’s Square One, in the mall’s new ‘Luxury Wing’.

Founded in Bodelshausen, Germany in 1973, Marc Cain operates 204 stores as well as 280 shop-in-stores, 307 ‘custody customers’ and another 1,053 upmarket specialist retail stores in 59 countries. Brokerage Oberfeld Snowcap represents Marc Cain in Canada and according to its website, Marc Cain seeks retail space in enclosed malls, outlets/power and lifestyle centres, and urban streetfronts. Stores will ideally be in the 1,500 square foot to 1,800 square foot range, according to Oberfeld Snowcap.