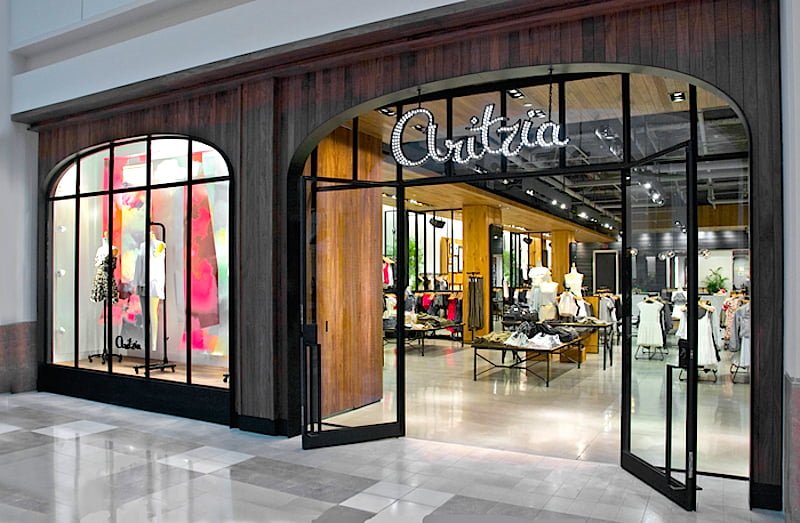 Vancouver-based women’s fashion retailer Aritzia is continuing with its Canadian expansion for 2016, which includes new stores, relocations, and expanded existing locations. Last week we also discussed the retailers’s plans to spin off its in-house Babaton brand into its own freestanding stores.

Aritzia will open seven new stores in 2016. Of those, four will be in the United States, and three in Canada. In Canada, Aritizia’s new stores will include locations at Tsawwassen Mills south of Vancouver, a location in suburban Toronto, and the new Babaton store at CF Toronto Eaton Centre. New U.S. locations include Boston’s Prudential Center (opened last month), Roosevelt Field on Long Island NY, Broadway Plaza in Walnut Creek CA, and at a popular Los Angeles shopping centre.

Aritzia is relocating four of its current stores to larger locations in 2016, including its Metropolis at Metrotown location in Burnaby BC, Yorkdale Shopping Centre in Toronto, and another store in Alberta. As well, two existing Aritzia stores will expand, including a store in New York City’s Soho as well as its Robson Street flagship in Vancouver, which recently grew to an impressive 13,000 square feet, all on one level.

Aritzia is represented in Canada by Dianne Lemm, Principal/Broker at Northwest Atlantic.

Larger Aritzia locations better display expanded product lines and are a reflection of increased sales, according to Chief Marketing Officer Oliver Walsh. The brand continues to see success and it will continue to open new locations and grow existing stores into 2017 and beyond. Stores are designed in-house and each location is unique, according to Mr. Walsh.

Aritzia was founded in 1984 as a shop-in-store at Vancouver retailer Hill’s of Kerrisdale, and will have 61 Canadian locations by the end of the year. Aritzia’s target market is women aged 14 to 30. Much of the clothing sold in its stores are its own exclusive brands, including Auxiliary, Babaton, 1-01 Babaton, Community, Wilfred, Le Fou by Wilfred, Wilfred Free, TNA, Golden by TNA, Parklife, and Talula. Stores also carry clothing from brands such as Mackage, J Brand, Citizens of Humanity, A Gold E, Frame, Levi’s, Rag & Bone, Adidas, One Teaspoon, and Herschel.