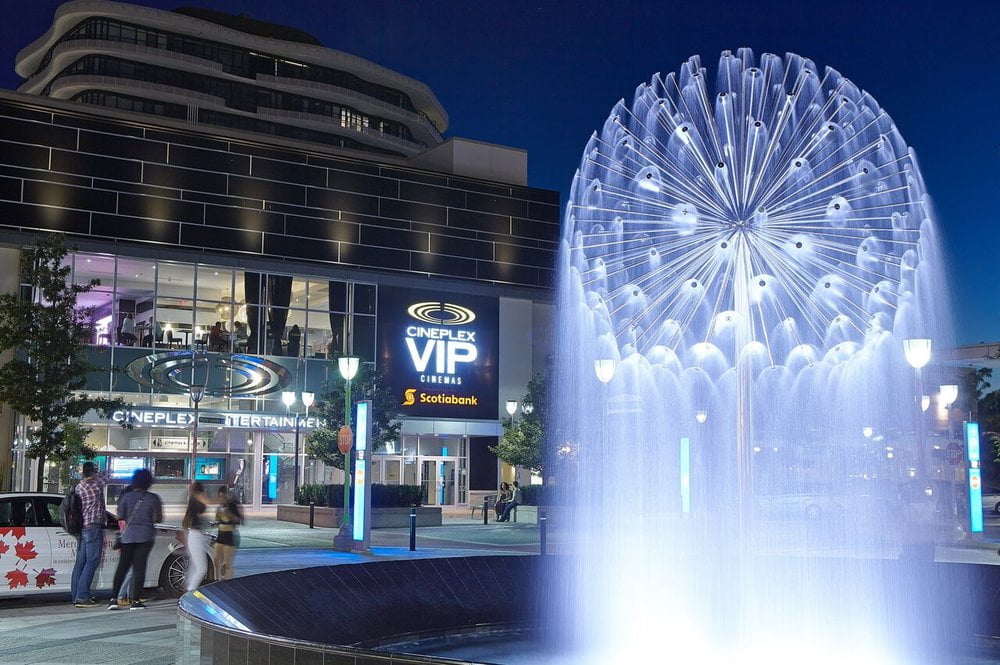 Landlord Cadillac Fairview has completed a $21 million redevelopment of its 40-acre CF Shops at Don Mills property in Toronto. Renovations include public realm upgrades, expanded entertainment zones, and an overall enhancement of the amenity offerings to the outdoor lifestyle shopping centre.

The centre, which opened to the public in 2009, upgraded its landscaping, furniture, and seating options, as well as added new art installations that have revitalized the look of the property. The centre’s existing water feature has been refreshed to include ‘artistic features’, according to Cadillac Fairview.

“CF Shops at Don Mills is more than a shopping centre, it’s a 40-acre, integrated community, featuring a range of independent and international retail brands, office space, elevated dining options, as well as a community park, three residential towers, with four to follow, and a future community centre,” said Niall Collins, Senior Vice President, Development, Cadillac Fairview. “When we began transforming the centre last year, our intent was to provide further integration with the growing condo community and amplify what was already a vibrant, mixed-use destination where people come together.”

Customer feedback led to updated wayfinding for pedestrians includes improved walkways which include wider sidewalks, new access points, and improved site-wide signage. A new pedestrian connection off Karl Fraser Road was installed to offer better access from the centre’s four-level parking structure. Mr. Collins explained how, after studying pedestrian traffic patterns, it was decided that the new connection should be created by relocating the centre’s Browns Shoes store to create the pedestrian access, which will soon include several smaller retail concepts facing onto the walkway.

CF Shops at Don Mills’ entertainment experience zones at the junction of Leadly Lane and Karl Fraser Road have been expanded, as well as O’Neil Road with patio zones and overhead catenary lighting. These spaces, along with the centre’s ‘Town Square’, offer opportunity to host outdoor events and activities throughout the year, assisted by a property-wide music speaker system meant to heighten the ambiance.

Nick Iozzo, Director, Leasing at Cadillac Fairview, explained how CF Shops at Don Mills has provided the landlord the opportunity to incubate, curate, experiment and innovate. He noted that Cineplex launched and tested its first VIP theatre concept at CF Shops at Don Mills, and how a number of unique concepts have become part of the mix. High-end performance bike shop ‘The 11’ recently launched at the centre, and King Street-based body art concept Black Line Studio will soon open its first uptown location at CF Shops at Don Mills. What’s resulted is a unique outdoor community centre that has also seen a number of ‘firsts’ added to its premises, including the fall 2017 opening of Toronto’s first Starbucks Reserve Bar, which will span an impressive 3,800 square feet.

As well, “live-in” customers are being added to the centre, with developers building several new condominium towers that will eventually see an estimated 4,500 residents in 2,800 residential units on-site. Mr. Collins explained that three projects have been completed, and four more are in the works. Adding residential buildings to shopping centres is a trend increasingly seen in major malls, and the next wave is expected to include rental towers, according to experts.