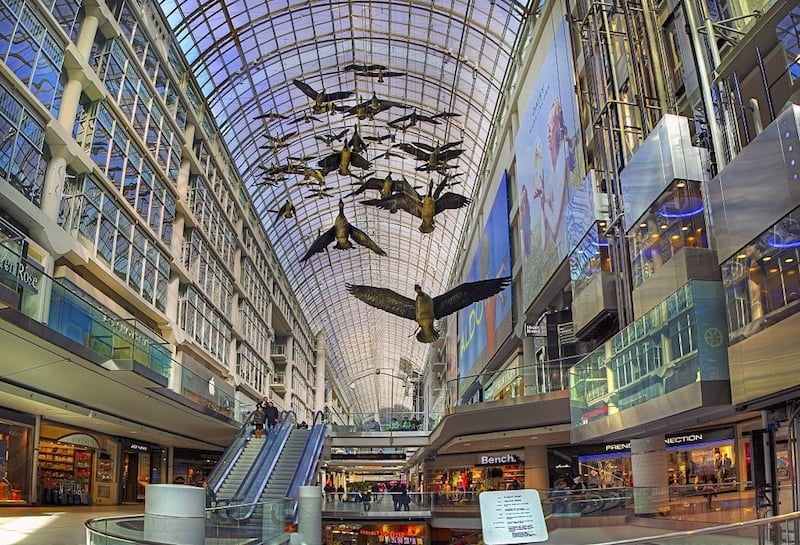 Since the beginning of 2017, a number of retailers have announced that they were closing stores in Canada. While it’s not unusual for struggling retailers to announce closures at the beginning of a new year, the number and nature of closures and bankruptcies announced was more significant than usual. Antony Karabus, CEO of HRC Retail Advisory, advises that one of the primary causes of this situation is the polarization of retail in Canada (where “middle” retailers are being squeezed while low and high-end retailers continue to expand).

He believes that there will be more announcements to come as a number of retailers continue to struggle, which will put additional pressure on retail landlords to replace the space to be vacated as retailers close stores, especially in ‘non-prime’ malls.

To gain additional insight into the current dynamics in the Canadian retail industry, we interviewed Mr. Karabus, who heads a leading retail consulting firm based in both Canada and the United States.

Mr. Karabus provided insight regarding these issues, first providing his opinion that a combination of six concurrent consumer-driven factors are putting pressure on the financial performance of retail chains, particularly those serving the mid-tier and also those that are being dis-intermediated by the digital age. These six factors are:

1. The rate of the shift from physical stores to online, resulting in store fleets being less profitable and contributing to the ongoing closure of stores,

2. The transfer of market share to the ‘value sector’, resulting in increased market share transferring from traditional mid-tier retailers to discounters such as Giant Tiger, TJX Canada (Winners/Marshalls/HomeSense) and Walmart, as well as fast-fashion retailers such as H&M, Forever 21, and Zara, with both groups adding significant top-line sales and store count growth,

4. The massive growth of Amazon, as it continues to grow at more than 20% annually — much of which is coming from the market share of the traditional retailers,

6. The loss of market share for incumbents, due to the ongoing entry and expansion of luxury brands and retailers into Canada.

As a result of the above, some retailers are experiencing significant pressure on financial performance. Weaker retailers or those facing sharply increased competitive intensity from new entrants and e-commerce operators are either closing stores or shuttering altogether.

Retail-Insider: How is the recent spate of store closures and bankruptcies in Canada the result of the six factors you’ve just described?

Mr. Karabus: The massive erosion of market share by the mid-tier retailers is putting extreme pressure on the weaker retailers, many of which were slow to transform their businesses in the face of the new retail environment. Given that retail is typically a low operating margin business, this has made it hard for many to survive.

Retail-Insider:  Why are there so many announcements of bankruptcies in January?

Mr. Karabus: January is a fairly typical month for this type of news, as secured lenders often withdraw support at this time of year when they start seeing deteriorating financial positions following weaker peak season holiday sales, especially when they are concerned about the value of their collateral (the retailers’ inventory values) at a time of increased markdowns.

Mr. Karabus: The old saying “ survival of the fittest” has never been truer in Canadian retail. What is going on in retail now is not a cyclical shift, It is a permanent secular shift in the way consumers are shopping. Retailers will survive and grow only if they have established a ‘unique value proposition’ that keeps consumers returning to their stores again and again. The best examples of this are retailers like Indigo, which has created a general merchandise offering that comprised over 43% of their Holiday 2016 sales, as reported recently. The assortment of general merchandise at Indigo and the shopping experience is unique and the transformation of that business from a traditional bookstore has been very impressive. Others such as Aritzia, Lululemon, MEC, Sport Chek and Canadian Tire have also continued to grow and win market share as they are true destination shopping experiences and have established meaningful ‘mindshare’ for Canadians.

Retail-Insider: Why do you think pure-play retailers such as Shoes.com recently went out of business?

Mr. Karabus: While I cannot speak to the financial position of a particular company, we believe that if a young pure play retailer is playing in a very crowded market dominated by successful and well-known profitable retailers with strong e-commerce businesses (including Aldo, Browns Shoes, Hudson’s Bay, Nordstrom, DSW/Shoe Company/Town Shoes, Soft Moc, Walmart and of course Amazon), it will be challenging for the new entrant to develop a viable business economic model, especially in an era of extremely high fulfillment and digital marketing costs, together with high returns. There is only so much market share to go around. The one factor that would give the new entrant a higher likelihood of success is if they are able to quickly develop a differentiated unique customer/selling proposition that sets them apart from everyone else. And not many have been able to achieve this.

Retail-Insider: Do you believe we are approaching over-saturation of luxury retail in Canada with all the new entrants into the market?

Mr. Karabus: I don’t believe so. I think that Canadian luxury consumers have been under-served with only Harry Rosen and Holt Renfrew and some independents and that the timing was right for strong new entrants into the market. I also believe that this segment of Canadian consumers has historically been cross-border shopping as they travel internationally and to the USA and they are very familiar with international luxury brands and stores. With the decline in the Canadian dollar and the increased availability of luxury retail in our own country, we expect the luxury consumer will migrate much of their shopping back to Canada. The significant store remodeling done by both Harry Rosen and Holt Renfrew will also contribute to keeping more luxury spending dollars in Canada rather than being spent in the USA. I believe luxury is one of the few retail sectors that will see much sector top-line growth in Canada.

Over the next several weeks, Retail-Insider will explore this complex topic further with additional thought-provoking insight from HRC Retail Advisory’s CEO Antony Karabus and President Farla Efros. They are assisting numerous retail chains to compete more profitably in this extremely transformative retail climate, while also recognizing the rise in spending power of Millennials and Generation Z.