Kiehl’s Partners with Sephora in Canada 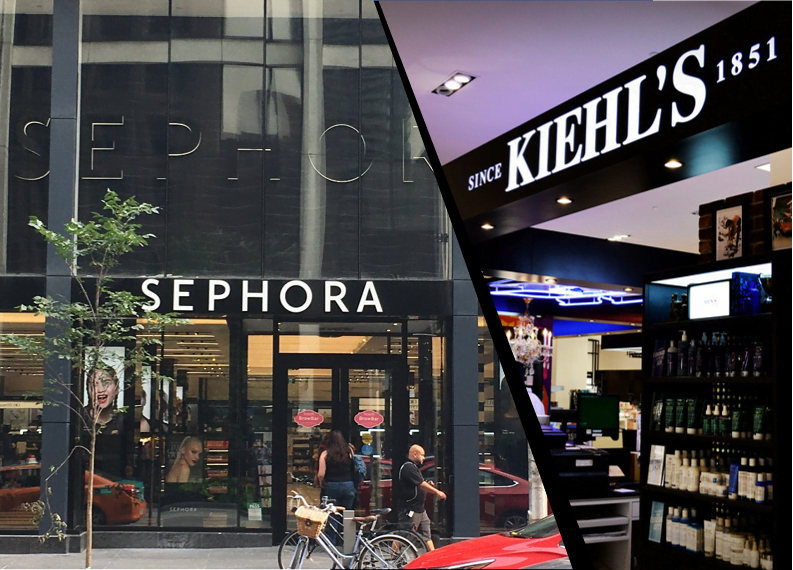 L’Oréal owned, New York City-based beauty/skin care brand Kiehl’s has partnered with multi-brand beauty chain Sephora in Canada for the first time. As part of the arrangement, Kiehl’s products will be carried in five Sephora stores, as well as online. It’s the latest move in the hyper-competitive beauty industry in Canada that is seeing innovation as new brands enter the market and existing companies compete for limited market share.

The first phase of the partnership begins this month with Kiehl’s products being carried for the first time on the Sephora.ca website — the busy website sees customers from across the country and will give Kiehl’s a boost in brand awareness, which has been a goal for the brand as it expands its network of distribution which includes standalone stores as well as wholesale at various multi-brand retailers.

Three of the five Sephora stores are in the Greater Toronto Area, which makes sense — it’s Canada’s largest region in terms of population, and it’s also said to be one of Sephora’s top markets globally. In 2016 Sephora launched a ‘takeover’ initiative where it added new stores and expanded other locations. As part of the ‘Toronto Takeover’, a Bloor Street store was relocated from The Colonnade at 131 Bloor Street West to a larger 8,900 square foot space at the base of the 77 Bloor Street West office tower (Jeff Berkowitz of Aurora Realty Consultants represents Sephora as broker) and the CF Toronto Eaton Centre Sephora was expanded and renovated — the latter is one of Sephora’s top-selling in North America, which might not be surprising considering that it’s in the busiest shopping centre in North America in terms of annual visitors.

Southgate Centre is Edmonton’s most productive shopping centre in terms of sales per square foot, and is the city’s second-busiest mall after West Edmonton Mall. What’s interesting is Sephora chose Southgate for Kiehl’s, considering that the West Edmonton Mall store was recently expanded and is one of only a handful in North America to feature Sephora’s innovative ‘TIP’ ‘Teach, Inspire, Play’ concept “where digital technology and services fuse, culminating in a truly revolutionary shopping experience for modern day beauty enthusiasts of all ages to beauty together”. Sephora’s first ‘TIP’ store in Canada opened in August of 2016 at Toronto’s Yorkdale Shopping Centre.

“We are excited to be welcoming Kiehl’s to Sephora Canada” said Jane Nugent, VP merchandising at Sephora Canada. “Our goal is to bring our clients the most requested and effective products for their beauty goals. Kiehl’s is an iconic brand in the industry, with a rich history rooted in natural ingredients and effective formulations. We are thrilled to now offer our clients the full Kiehl’s collection of skin, body and haircare products.”

Kiehl’s was founded in New York City in 1851, and now boasts retail and wholesale accounts worldwide. The company entered the Canadian market via Ogilvy in Montreal in 1996, then Holt Renfrew in the early 2000’s and in 2004, opened its first freestanding Canadian store on Toronto’s Queen Street West. Kiehl’s operates a network of freestanding Canadian stores, as well as dozens of points-of-sale in host retailers such as Hudson’s Bay, Holt Renfrew, Saks Fifth Avenue and Nordstrom. Kiehl’s also operates a robust e-commerce site, with plans for growth.

In an interview last year, Kiehl’s Canadian GM Alexandre Ratté explained that the company is seeking to enhance its brand awareness Canada-wide, though it would limit opening standalone stores as it’s already in most of Canada’s leading malls.

LVMH-owned Sephora, which operates stores globally, continues to open stores in Canada. Most recently, it opened its 70th Canadian store in Kamloops, BC.

Canada is seeing an unprecedented boom in beauty and skincare brands, all of which are fighting for market share. In the next while we’ll provide an in-depth analysis of the industry in Canada, which is seeing growth both with standalone stores as well as expanded distribution in concessions and wholesale accounts.

French Fashion Brand ba&sh to Expand into Vancouver with a 1st-in-North-America...

Craig Patterson - February 6, 2023
The brand will soon have four stores in Canada as it grows its operations after entering the country during the pandemic.

Craig Patterson - February 5, 2023
The smallest department store in the chain caters to tourists and locals in the town and has been an important retailer in Banff for over 80 years.