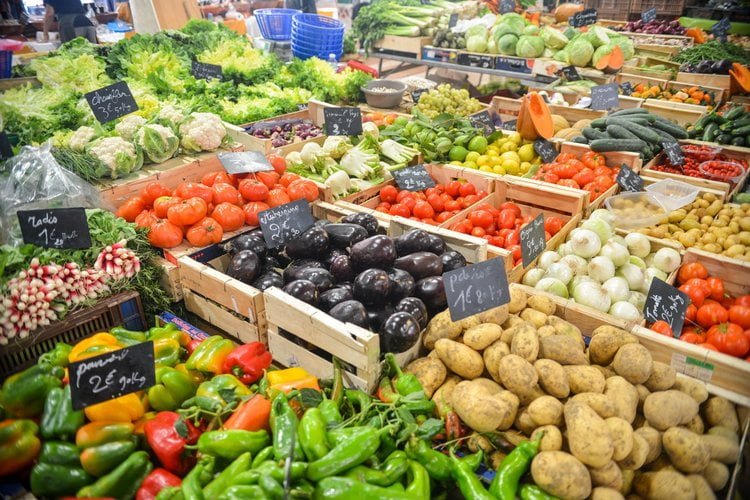 The carbon tax is now a reality for all Canadians. The federal carbon pricing scheme began in Ontario, New Brunswick, Saskatchewan, and Manitoba on the April 1 deadline, given that these provinces were not in compliance with the new federal law. For Nunavut and Yukon, it will begin on July 1. Everyone else already has a carbon pricing scheme in place. Of course, even if this new tax is paid by businesses, it will surely have an impact on everything we consume, including food.

Gas saw a price increase of 4.4 cents per litre on April 1, a surcharge that is projected to go up to 11 cents a litre by April 2022. This jump will parallel the carbon tax as it gradually increases, based on targets set by the Paris Accord signed in 2015. This is the most obvious, visible indicator of the tax on carbon.

Consumers will get rebates. Depending of where you live, rebates could exceed $500 annually. Lower-income, and often food-insecure households, with lesser carbon footprints, will receive a rebate equal to, and perhaps more than, the increase in the cost of goods with the new tax. This may be good news for a demographic in need of cash, but in the end, we are all likely to see inflation go up, which will eventually hit the prices we find at restaurants and in grocery stores, whether we get rebates or not. Energy is required to get the food we need, but the extent of its impact on food prices remains unknown. One report published in 2012 suggested that the effect of a $50 per tonne carbon tax on food prices would be 3%. For Canada, under the current regime, that would not be until 2022. Given that food prices do go up 1%-2% a year, most years, that number is not unmanageable for most households.

Carbon pricing may discourage food importers from buying certain goods overseas, which will give local food products more of a chance. Based on past research on carbon pricing, there is strong evidence that companies and consumers are influenced by carbon pricing and eventually make alternative choices. These choices end up being better for the environment. Carbon pricing will discriminate against certain food categories for which the carbon footprint is more substantial, no doubt. One might think it’s a desirable scenario, but Canada has a Nordic climate where producing food all year round has its challenges. Consumers have been conditioned to expect cheap food, and that they can go to the market to get whatever they want, whenever they want it. However, Carbon pricing will challenge these notions over time; the types of food available and where they come from will eventually change.

But food in Canada is generally quite affordable compared to other countries around the world. Relative to the cost of living, Canadians have access to one of the cheapest food baskets in the world. What is rarely priced in is the environmental costs, the so-called social costs generated from producing, distributing, and selling food. Some products sold to us are a bargain, given their climatic impact on our planet.

How funds will be spent as a result of more revenues given to Ottawa has been received with a great deal of scepticism. Funds may be redirected to support other, unrelated programs, as we have seen many times before. The bureaucratic machinery in Ottawa can barely be trusted, so discipline and transparency are virtues, especially when dealing with climate change.

In the end, the federal government should be lauded for at least doing something about climate change. Incentivizing companies to reduce GHG emissions through carbon pricing is not a perfect idea, but action is needed. If we do not pay a price for pollution now, the price in the future will likely be much greater. But the implementation of a tax, any tax, is always political. Considering what’s happening with the SNC Lavalin scandal, the implementation of this new tax in key regions across the country is not especially timely for the Liberals.

Sylvain Charlebois - April 12, 2021
Unemployment, the rising cost of food, and lodging is significantly affecting Canadians all at once says the industry expert.

Sylvain Charlebois - March 28, 2021
The industry expert says that Sobeys' getting behind it will also help independent grocers at a challenging time.