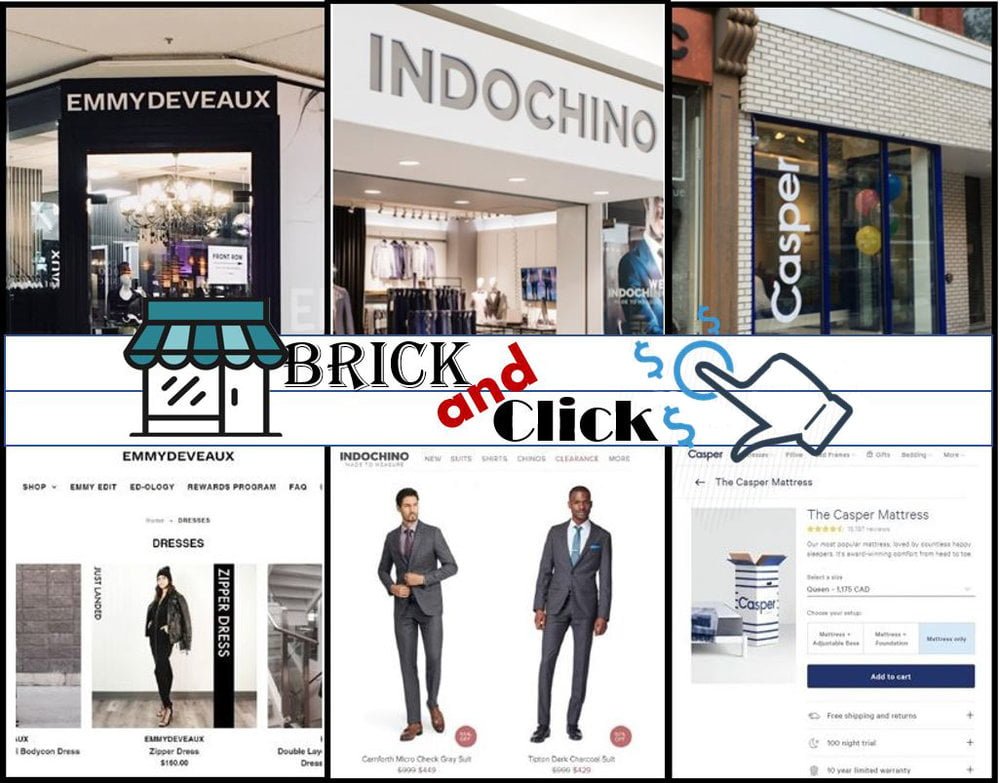 Bricks and clicks are not an “either or” but they are a relationship and physical stores are an essential ingredient to the success of retailers, according to a new survey by the International Council of Shopping Centers.

The council’s report, The Halo Effect: How Bricks Impact Clicks, found that opening a new physical store in a market leads to a 37 per cent average increase in overall web traffic. It also found that emerging brands, less than 10 years old, see on average a 32 per cent climb in their share of web traffic when a new store opens. For established brands, it’s a 27 per cent hike.

“A lot has been said over the past few years about the pace at which online shopping is changing buyer behaviours and about the long-term impact on physical retail. There is a direct and positive correlation between having both a physical and a digital presence,” said Michael Kehoe, an Alberta-based retail specialist and broker of Fairfield Commercial Real Estate in Calgary.

The ICSC survey was conducted by strategy and research firm Alexander Babbage. It tracked retail web traffic and consumer brand awareness among emerging and established brands.

The web traffic analysis included retailers that opened or closed a total of 804 stores, with an estimated 18.6 million square feet of gross leasable area, in 145 markets covering a population of approximately 222 million residents.

“The halo effect is the tendency for an impression created in one area to influence another. In retail, the halo effect is measured through the impact of physical stores on consumers and brand awareness — in ways that can boost or diminish web traffic and online sales,” said the report. “The proof exists at both established retailers and emerging brands that are radically transforming the way they conduct business to compete in this new reality. On one side are traditional retailers that are bolstering their online presence and acquiring e-commerce companies to expand their digital reach. On the other are digitally native brands building a brick-and-mortar presence to sustain growth and customer loyalty. Together, these complementary interests are charting new territory — where physical and digital retail converge to create a seamless experience for shoppers.

“The core of that experience continues to be the retail store and its halo effect on digital engagement and brand awareness.”

The report also said that an increase of just five per cent in the number of physical stores in a single market has a significant benefit on digital engagement and retail web traffic.

And the opposite is also true: Web traffic drops off when retailers close stores. In one retailer’s case, the share of web traffic across the markets where they closed declined up to 77 per cent.

“That new store serves as a constant billboard in the customers’ daily travels, helping reinforce the strength of that brand and the presence of that brand,” said Michael Brown, partner in A.T. Kearney’s consumer products and retail practice, in the report. “It gives the consumer a place to engage with the product and try the product, and it puts a face on the brand.

“Do I serve a market area with five stores and my web capabilities, or do I look at having three stores and a fulfillment centre supporting the omni-channel experience in that area? On the flip side, do I want a store that delivers marginal profitability at that location but contributes to the overall profitability of a market because we understand the positive impact of the halo effect? We have to look at the integrated contributions and also understand the negative effects of what happens to the digital business if a retailer closes its only store in a market.”

The ICSC report concluded that a bright future lies ahead for physical retail stores.

“When retailers invest in brick-and-mortar locations, their online presence thrives. What’s more, retailers with physical stores perform better on measures of brand awareness and consumer perceptions than in markets where those brands lack physical locations. As the findings, examples, and insights in this report reveal, physical stores matter, but retailers must continue to innovate in order to flourish in today’s environment,” it said.

Mario Toneguzzi - October 17, 2021
Lambert bought the building on busy rue Saint-Dennis and is further expanding the brand with wholesale.

Mario Toneguzzi - October 14, 2021
The Florida-based sandwich shop concept began in 1988 and is looking to gain significant market share in the Canadian market.