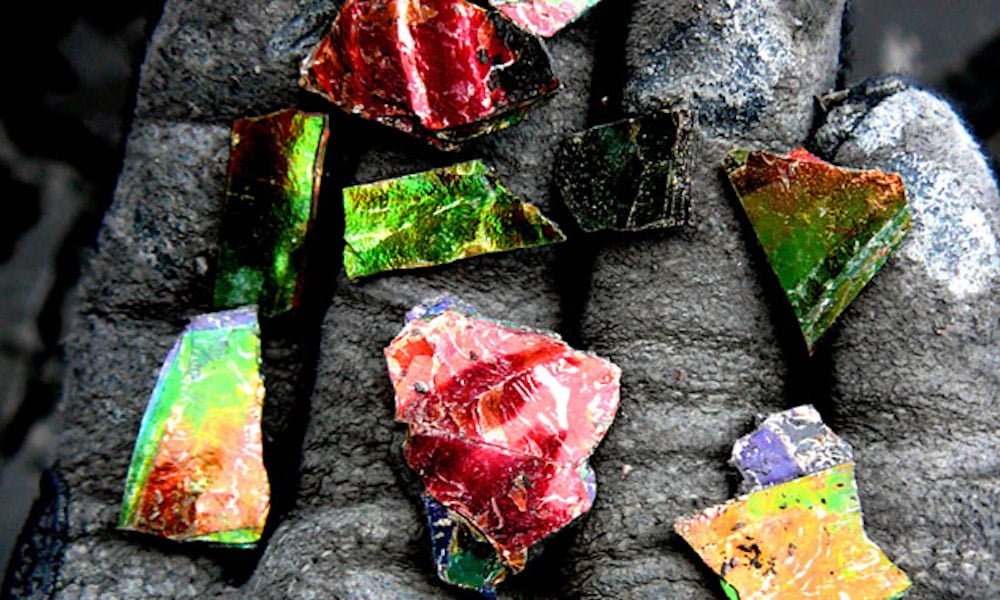 Calgary-based KORITE International, a leading producer of Ammolite jewellery and gemstones, has emerged from creditor protection under new ownership.

The company, which has more than 90 percent of the world market of Ammolite, with 90 percent of customers residing outside Canada, is poised now for expansion and growth.

David Lui, the company’s CEO and President, said KORITE is now well positioned to fulfill the continuing demand for its Ammolite jewellery, gemstones, and Ammonite fossils, as the new ownership group is led by Clear North Capital Holdings Inc. (Clear North) in partnership with Lui.

Clear North, based in Calgary, is focused on private equity.

“We are very pleased with the outcome of the CCAA process,” said Lui. “We are grateful for the ongoing support of our employees, customers, vendors, landlords and shareholders, and we are excited to start the next chapter in KORITE’s 40-year journey. We have repositioned ourselves as a more efficient business and better able to serve our loyal customers in today’s environment.”

KORITE Ammolite and Ammonite is mined in Alberta in the Lethbridge area, which is home to the highest-grade deposits of Ammonite fossils and Ammolite in the world.

“While Ammonite fossils are found on every continent, only in southern Alberta are they found with the distinctly bright, beautiful and iridescent colours that make it so rare, exotic and precious, dating back approximately 71 million years,” explained Lui.

“Down in Lethbridge, it’s the only part of the world where you will find the fossil with this colourization of the shell of the Ammonite. We’re not entirely sure why but it’s due to the mineralization, the shift in tectonic pressures in the earth. The shell in the Ammonite produced colours. It’s very colourful. It’s all organic. Ammonite is the shell. Fragments from the Ammonite are called Ammolite. So Ammolite is a product from the Ammonite in the mining process. When it was discovered, the mining team thought we could use these chunks from the mining and actually turn them into artifacts, turn them into jewellery, collectables. We have multiple different categories and it’s not just jewellery. It’s everything from what we call large art pieces like decor, home decor, art and collector pieces. Hand held specimens. Then jewellery is another subsection which can be turned into designer using gold, silver, higher end fine jewellery pieces that are set into gold and silver.”

KORITE said Ammolite was officially designated as a naturally occurring precious gemstone by The World Jewellery Confederation in 1981.

KORITE’s products are sold in more than 140 retail locations around the world, primarily in North America. The Ammonite and Ammolite is also sold in about 22 countries.

“We’re not bricks and mortar. We rely from a retail perspective on our wholesale jewellers and our online presence,” said Lui, adding that physical stores are not in the plans but the company does have shop-in-shops in several other jewellery stores and duty-free stores branded as KORITE.

The company filed for protection under the Companies’ Creditors Arrangement Act at the end of June 2020. As of December 18, it emerged from CCAA under new ownership. Lui partnered with Clear North Capital in acquiring the business.

“We believe that exceptional opportunities are available in several core and emerging market segments for the ultra-rare KORITE Ammolite, and we look forward to bringing this Canadian and specifically Alberta treasure to consumers globally,” said Cody Church, Founder and CEO of Clear North Capital.

Lui said the financial backing from Clear North Capital saved the company from bankruptcy and there is a commitment to rebuild the business, rebuild the reputation of KORITE.

“KORITE has a strong reputation. A 40-year reputation. Frankly, we think of it as a 40-year-old startup. Some of our traditional channels were impacted and that’s why we had to file for CCAA. Tourism, cruise ships, retail, Asia were highly impacted with the COVID-19,” said Lui.

UK-Based Specsavers Announces Plans for 200 Canadian Stores as it Looks...

Mario Toneguzzi - January 17, 2022
The Japanese pastry, desert and baked goods retailer is growing its locations in the Canadian market including new cities.