Albertan grocery retailer, Freson Bros., opened its first store in Edmonton this month. Founded in 1955 as a small butcher shop, Freson Bros. has grown to be the largest family-owned independent grocery chain in Alberta, with a focus on stores in smaller Albertan communities. The chain has 17 stores across the province. In 2017, Retail Insider reported on Freson Bros.’ history.

Located in southwest Edmonton, the new 42,000-square-foot store is located in the Rabbit Hill Crossing shopping centre. The cost to build the store is estimated to be $9.8 million. The location represents the next generation of Freson Bros. stores and Fresh Market concepts, which has been built upon the success of the Freson Bros. Stony Plain store which opened in 2013, and the second evolution with the opening of the Fort Saskatchewan store in 2018.

Rabbit Hill Crossing is an 8.93-acre retail shopping centre located in the northeast corner of Rabbit Hill Road and Anthony Henday Drive. Current tenants in the centre include a mix of health and professional services (Mr. Barber, Nova Cannabis, Q-Nails), food service (barBurrito, Love Pizza, XO Bistro, Subway), and a Co-op Gas Bar. There is an additional pad planned for Fall 2021 that will add 15,000 square feet of retail space.

Retail Insider was fortunate to be offered a store tour by Freson Bros. President, Doug Lovsin. Lovsin mentioned that this store is an advancement of the brand and embodies their 3 core values — great food matters, belief in the strength of human connection, and belief in the skills of their employees. A produce department is at the front of the store and is branded as Market Garden. Lovsin said, “There is a large emphasis on Alberta-grown produce”. The perimeter produce wall is easy to shop as there is signage above that clearly identifies each product. A unique addition to the produce section is the Root Cellar —a special temperature-controlled room with low light to ensure maximum freshness housing root vegetables such as onions, yams, and garlic. There is also something for the little ones that are shopping with mom and dad in the produce section. A Kid’s Table allows children to pick up a piece of fresh fruit with a small donation. The donations support local charities and rotate monthly.

Moving towards the back of the store, we entered the meat and seafood department that is branded as The Butcher Shop. Lovsin said, “Freson Bros. prides itself on its carcass beef program with butchers cutting and preparing meats in an open market concept”. Shoppers can choose from freshly-packaged Alberta beef, pork, chicken, turkey, and Ivan’s sausages that are produced by Ivan Fano, an in-house butcher from their Hanna, Alberta store. The dry-aged beef that is sold is all aged in store between 14 and 28 days in a dedicated humidity-controlled fridge tucked behind the meat counter. There is also a smoked meat counter branded as Banj’s Smokehouse with all of the Alberta beef and pork products including bacon, sausage rings, jerky, and pepperoni, all of which is smoked in store with real hardwood.

The next section is the dairy section that stocks refrigerator staples including milk, yogurt, and cheese. Shoppers will also find specialty dairy items including goat milk and nut milk.

Next is the bakery, branded as Mother Dough Bread Co., that focuses on sourdough products that take three days to make. To align with using Alberta-made ingredients, the bakery uses only Alberta flour. There is also a Torte station that merchandises the house-made cakes, which Lovsin said is “inspired by a Vienna bakery”. Shoppers can find Strawberry Cream, Cinnnatorte, Carrot, Granny’s Viennese, and Black Forest tortes in the station. A new addition to the Edmonton store is a cinnamon buns station.

The next section along the perimeter is the expanded deli which is branded as Deli Classics, where shoppers can find deli meats, salads, and house-made sandwiches. Lovsin said, “A few unique items stocked include an eight-foot section filled with smoked meats including turkey legs, chicken, and baby back ribs, and European-inspired foods such as schnitzel and lasagna”. There is also a section branded as the Kitchen Creamery that stocks a selection of specialty cheeses from across Alberta and Europe. House-made cheeses include mozzarella and ricotta. A unique addition to the store is the Made-to-Order Sandwich station which serves sourdough bread from the bakery and Valbella Gourmet Foods European-style hams and meats. There is also a variety of pre-made sandwiches and salads for the on-the-go shopper. For the soup lovers that are also environmentally conscious, there is an artisan soup program that features rotating house-made soups in glass jars including Borscht, Broccoli Cheddar, Chicken Noodle, Potato Bacon Sauerkraut. and Thai Chicken with a refundable deposit on the glass jar.

Rounding out the perimeter of the store is the hot food section of the store which includes the Father Dough Pizza, Butcher’s Cookhouse, and Fresh Off the Grill concepts. The Father Dough Pizza concept allows shoppers to build their own thin-crust sourdough pizza or select from a variety of chef-designed pizzas by the slice or the entire pie. The pizza is baked in a large wood-fired pizza oven to replicate a high-end pizzeria experience. There is even a take-and-bake option with the same pizzas for shoppers that want an at-home experience. The Butcher’s Cookhouse concept is a ready-to-eat smorgasbord with fried chicken, crispy wings, macaroni and cheese, and more classic foods. The Fresh Off the Grill concept is a new addition that serves a ground-fresh-daily, 100%-Albertan chuck meat Smashburger, steak sandwich, tartine, and grilled cheese sandwich. On the weekends, these stations offer breakfast favourites including a build-your-own omelet station, sourdough French toast, and pancakes. All of these ready-to-eat foods can be enjoyed both at home and in store. In addition to being a grocery store, there is a licensed 116-person restaurant where shoppers can enjoy ready-to-eat foods and on-tap craft beer and wine. Shoppers can also purchase the craft beer and wine for at-home enjoyment.

The middle of the store contains more shop-in-shop experiences including Sweet Spot which is an old-fashioned candy kiosk that stocks favourites including saltwater taffy, chocolate, and modern sweets. Flanking The Butcher Shop is the Plant Based Proteins section that aligns with the increasing demand for meat alternatives. There is also a health and beauty department that has been branded as Granny’s Wisdom and Healthy Choice that features a health food store feel and a symptomology wall where shoppers can shop for health solutions by symptoms. For the aspiring bakers and home cooks, there is the Baker’s Pantry section which stocks a variety of specialty baking and foods such as Callebaut chocolate by the chunk. The grocery department contains all the essentials that you would expect at a grocery store and has also been refreshed with aisles that are shortened and have an opening in the middle to allow better flow and shoppers to cross shop aisles.

The Edmonton Freson Bros. store is positioned for success. It is located in a high-traffic zone and is the main arterial road into the Mactaggart neighbourhood. There is also visibility from Edmonton’s Ring Road, Anthony Henday Drive. It has traffic counts in excess of 77,800 Vehicles per day. The Mactaggart neighbourhood has an average household income of $181,074 per year and has experienced a population increase of 60% since 2016. The closure of Planet Organic stores in 2020, which had two former locations in Edmonton, bodes well for Freson Bros. as it can capture the abandoned health food shoppers of Edmonton. Freson Bros. carries an expanded assortment of health-focused brands and organic produce.

“We are very thankful for the response from Edmontonians, and we are very excited to bring a unique Alberta food experience to Edmontonians,” said Lovsin, Looking to the future, Freson Bros. is pursuing expansion opportunities in Alberta and beyond. 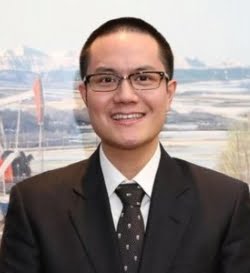 Christopher Lui - February 25, 2020
The Canadian fashion retailer is relocating stores into busy malls in an effort to gain more foot traffic, and is also rolling-out a new store design.