Nespresso to Expand into Western Canada 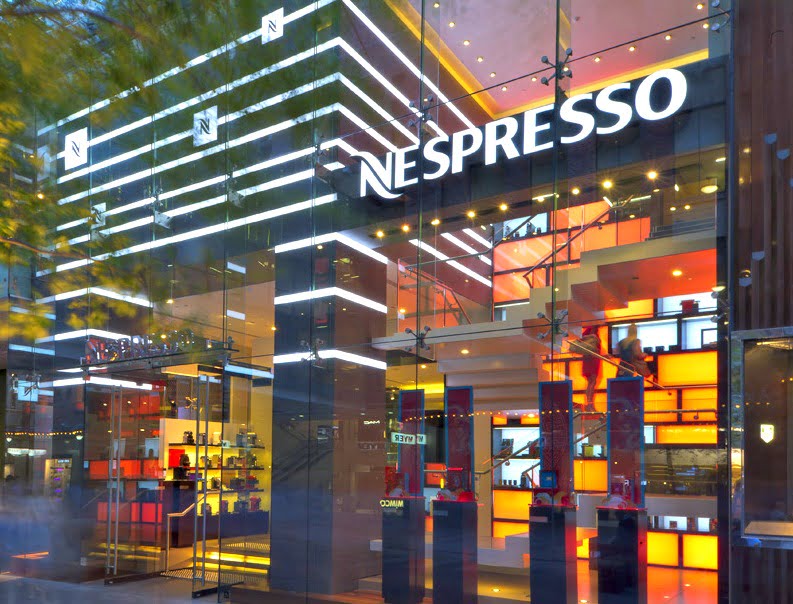 Nestlé-owned Swiss coffee brand Nespresso will expand its Canadian operations this year, by opening its first permanent freestanding location in Western Canada. The company is working with brokerage Oakmont Real Estate Services for its Canadian expansion, which is expected to include several new Nespresso locations yearly.

In March of this year, Nespresso will open a 335 square foot boutique at Vancouver’s Oakridge Centre. The jewel-box-like store will be smaller than most freestanding Nespresso locations, many of which surpass 2,000 square feet in size. While small, Oakridge’s Nespresso will boast a strategic corner location near prestige retailers Tiffany & Co. and Harry Rosen, as per the mall lease plan below. Many retailers do exceptionally high sales at Oakridge, with a new Retail Council of Canada study ranking it as Canada’s second-most productive mall in terms of annual sales per square foot. Nespresso is currently hiring for the new space, and we’ll update this article when we learn of the exact store opening date.

While unconfirmed, sources say that Nespresso’s Oakridge lease may be for a somewhat limited time, while mall landlord Ivanhoé Cambridge solidifies plans for a shopping centre overhaul. Original redevelopment plans are being modified by the landlord, following the discovery of an aquifer below the site.

Nespresso opened its first freestanding location on Montreal’s Rue Crescent in 2009, followed by a spectacular 14,000 square foot Toronto location (designed by Italian firm Goring & Straja) in the fall of 2013, in a former theatre on Yorkville’s Cumberland Street. Both of these are ‘boutique-bars’, according to Brand Manager Caroline Delvaux in an interview last year, with both locations serving food as well as drinks and coffee makers/pods.

Nespresso operates five other freestanding Canadian locations, which are considered ‘mall-based’ boutiques that primarily sell coffee makers and pods. These include stores at CF Sherway Gardens and at Yorkdale Shopping Centre in Toronto, at Place Ste-Foy in Quebec City, at CF Carrefour Laval near Montreal, and at CF Rideau Centre in Ottawa. The new Vancouver Oakridge location will fall under Nespresso’s ‘mall-based’ store classification, as well.

According to representative brokerage Oakmont Real Estates Services’ website, Nespresso is seeking retail spaces in enclosed shopping centres, as well as on high streets, ideally in the 2,000 square foot to 3,000 square foot range. The website also notes that Nespresso may open between two and three stores a year in Canada, as well as between three and six pop-ups annually. Oakmont’s Ben Labrecque (1-514-917-5015) and Iqbal Kamboj (1-514-777-7198) are the broker contacts for the brand in Canada.