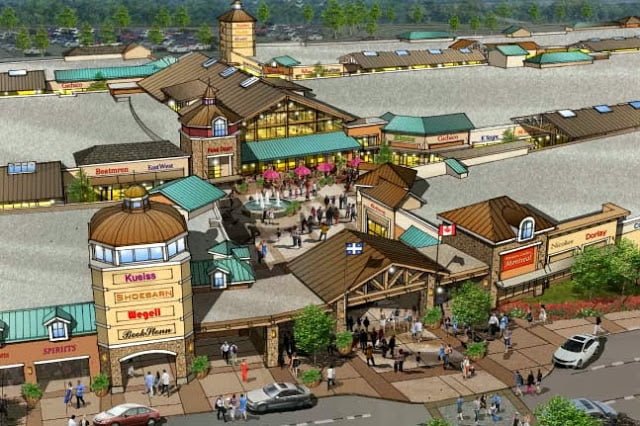 The mall will be located in the Montreal suburb of Mirabel.

Like its Toronto sibling, the outlets will be located far away from Montreal’s downtown core in a car-dependent location on Highway 15. A new highway exit, Exit 28, has been created for the project.

The mall is a joint venture between Simons Property Group, SmartCentres and Calloway REIT.

The mall’s groundbreaking is scheduled for 10:00am today. The mall currently has no website. Keep reading as we’ll update you on any interesting retailers announced today for the Montreal Premium Outlets.

For a closer look at Montreal Premium Outlet’s tenants, as of August 30th, we direct you to this lease plan.

Canadian Retail News From Around The Web For January 28th, 2022

Retail Insider - January 27, 2022
Craig interviews the founder of Halifax ReTales Arthur Gaudreau who is marking 10 years of founding his informative social media/newsletter/blog focused on retail and foodservice happenings in the Halifax area. Gaudreau talks about how he started his publication after a mental health crisis and how it grew to have thousands of followers with its local spin on reporting.