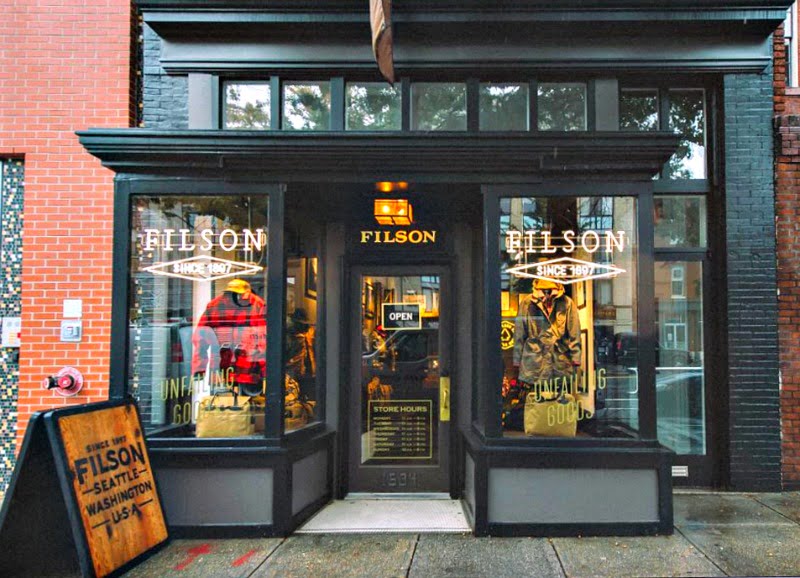 Seattle-based heritage fashion brand Filson has announced that it will open its first two Canadian stores this spring, after confirming plans to enter the country earlier this year.

Filson’s first Canadian store will open at 47 Water Street in Vancouver’s trendy and historical Gastown area. A second location will follow soon after, at 694 Queen Street West in Toronto. Both locations are considered to be among the “coolest” in Canada, featuring a mix of local as well as international retailers in a variety of character buildings.

The Canadian retail store designs will feature custom furniture built from local salvaged wood, iron beams, wooden floors and imagery of Filson dating back to the late 1800’s, according to the company. Street level windows will showcase apparel, bags, and accessories for both men and women.

Filson partnered with Think Retail for its Canadian expansion, under the direction of Think Retail’s president Tony Flanz.

“Finally, after 120 years, we’re opening retail stores in Canada. We’re excited to share our love for the outdoors and Pacific Northwest roots with all Canadians who share the same values,” said Steve Bock, CEO of Filson. “The tactile experience is the best way for us to show the quality, craftsmanship and durability that’s sewn into every Filson item.”

Filson (originally named ‘C.C. Filson’s Pioneer Alaska Clothing and Blanket Manufacturers’) was founded in Seattle in 1897, and is known particularly for its clothing and luggage, as well as its guarantee. The company designs, manufactures and distributes its products, which feature rugged designs with prices in the mid to upper-end range. Quality is paramount to the brand, and it guarantees the lifetime of each item against failure or damage from its intended usage, according to Filson’s website. The company is owned by Fossil Group founder Tom Kartsotis, who also owns Detroit-based fashion brand Shinola.