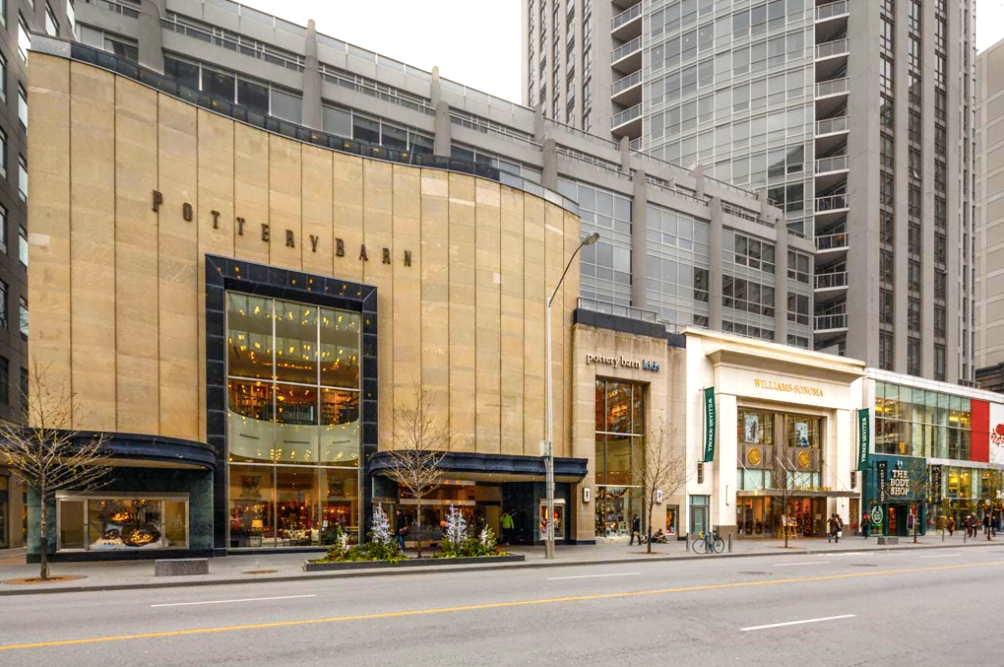 Early next year, Williams-Sonoma and Pottery Barn will exit Toronto’s 100 Bloor Street West. As a result, about 37,000 square feet of new retail space will become available in the heart of Canada’s ‘Mink Mile’. 100 Bloor’s landlord substantially raised its rents, according to sources.

100 Bloor is arguably ‘ground zero’ for Canada’s toniest luxury strip, with neighbours including Chanel, Dolce & Gabbana, Prada, Gucci, Hermes, Cartier, and others. No word yet on what will replace Williams-Sonoma and Pottery Barn’s retail space, spanning two levels with ample Bloor Street frontage.

“Pottery Barn, Pottery Barn Kids, and Williams-Sonoma will be vacating 100 Bloor Street West in Toronto in early 2015. The exact date will be determined in the coming months.

In the normal course of our business, we evaluate our real estate strategy and our leases as they come up for renewal and have made the difficult decision to close the Bloor Street stores based on the rising costs of real estate in this area.

We remain committed to growing our Canadian business and will continue to operate stores in Toronto at Sherway Gardens, Yorkdale Shopping Centre, and the Toronto Eaton Centre as well as in British Columbia, Alberta and Quebec.”