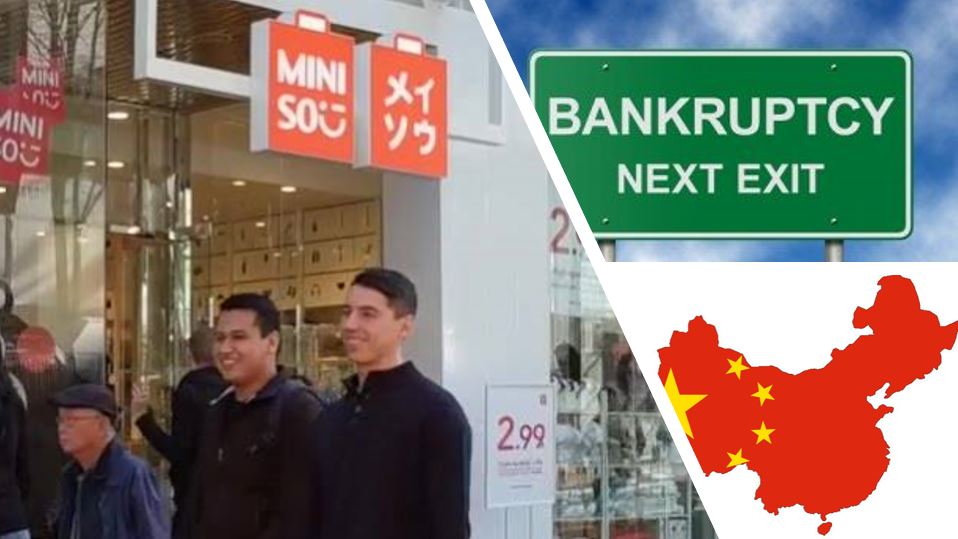 *Update [December 18, 2018] — Miniso Canada claims on social media that it has reached a preliminary agreement with ‘Miniso China’ in a case that could have forced the “Japanese” discount retailer’s Canadian division into bankruptcy. We have requested an interview with the company and will follow up on this story upon a satisfactory confirmation of the settlement claim. Sources quoted in this story maintain that Miniso Canada has been questionable in its business dealings in this country, both with commercial real estate brokers as well as with management. The original story is below, where we discussed the public filing of a Notice of Hearing of Application for Bankruptcy Order, which is a publicly accessible document on the BC Courts website.

*6:00pm December 18: We’ve tried repeatedly by phone and email to reach Miniso’s public relations division today (after an email was provided by Miniso Canada on social media) and the company has been unresponsive to our repeated requests.

The Chinese parent company for retailer Miniso Canada has brought an application to initiate bankruptcy of the Canadian division, claiming that the Canadian division has been fraudulent in its business dealings by transferring and hiding assets. The parent company is claiming debts owed in excess of $20-million, and has retained a law firm to proceed with the application for bankruptcy that will be heard next month. Sources are saying that Miniso’s Canadian division has a pattern of unethical behaviour, and some sources have speculated that the parent company is pulling out because of the recent arrest of the daughter of the founder of Chinese tech giant Huawei.

It’s a shocking twist to the story of Miniso, which entered Canada last year with audacious plans to open 500 Canadian stores within three years. Miniso opened its first Canadian store in Vancouver in the spring of 2017, and it now operates 48 stores in the provinces of British Columbia, Alberta, Ontario, Quebec and Nova Scotia where on Saturday, Miniso Canada opened its newest store at the Halifax Shopping Centre, with many more planned.

Miniso was somewhat controversial from the outset of its Canadian expansion. The company calls itself a ‘Japanese lifestyle brand’ although it is headquartered in China, and its branding and stores copy elements from retailers such as Uniqlo and Muji. Some even claim that Miniso’s Japanese co-founder was hired as an actor in order to align with the brand’s ‘Japanese’ positioning. Miniso is a value-priced retailer that offers a range of about 2,500 branded SKU’s such as electronics, clothing, toys, underwear and other accessories, with prices between $2.99 and $34.99.

On Wednesday, December 12, parent company Miniso International Hong Kong Ltd. and Miniso International (Guangzhou) Co. Ltd. filed an Application for Bankruptcy Order in the Supreme Court of British Columbia via its retained law firm Fasken Martineau DuMoulin LLP. A Notice of Hearing of Application for Bankruptcy Order is proposed to be held at the Vancouver Courthouse on the morning of Monday, January 7. The parent company brought the application against three parties in Canada — Miniso Canada Investments Inc., Migu Investments Inc. and Miniso (Canada) Store Inc. In the court documents, the Chinese parent company is referred to as the ‘Applicants’ and the three Canadian companies are referred to as ‘Debtors’. For simplicity in much of this article, we’ll refer to the Applicant as the ‘Chinese parent company’ and the three named debtors as ‘Miniso Canada’, with variations and in some cases naming individual parties for clarity.

According to the Application, if Miniso Canada doesn’t reply to the Notice of Hearing in time and/or does not show up to the hearing, the Chinese parent company has the opportunity to apply for an order of bankruptcy of Miniso Canada so that it may collect on substantial debts. In the filed Application for Bankruptcy Order, Miniso Canada’s records offices are stated to be 2700, 1055 W. Georgia Street in Vancouver, which are the offices of DS Lawyers Canada LLP.

The Chinese parent company claims in the Application that the Canadian division has “committed acts of bankruptcy within the six months preceding” and that Miniso Canada had, “in Canada, made a fraudulent gift, delivery or transfer of the Debtor’s property, or part of it”.

Furthermore, the Application claims that the Canadian division transferred the intellectual property rights of Miniso Canada to the Migu Store Corporations that was “in a manner contrary to the terms of the Licensee Agreement” and as a result, “the Migu Store Corporations are misusing the IP rights to the detriment” of the parent company’s brand and registered trade-mark. As well, it appears that the parent company may have terminated the rights for Miniso Canada to use the Miniso trade-mark in this country, though stores and branding remain in place.

Henry Louis, founder and Editor-in-Chief of Canadian industry publication Insolvency Insider, said, “Applying for a bankruptcy order is not the most common way to deal with related party disputes, but it can be a powerful tool.” He went on to explain, “If the order is granted, the assets of the Canadian entities would vest in a Licensed Insolvency Trustee, who would then seek to realize on these assets for the benefit of all the companies’ creditors. The trustee would also be tasked with reviewing the bankrupt companies’ activities and would have the ability to reverse transactions that are deemed to be preferential to certain shareholders or creditors.”

If details in the legal filings are indeed true, it would fit an ongoing pattern of unethical behaviour by Miniso Canada that sources say have left a trail of financial destruction in Canada.

One source said that Miniso had been unethical when dealing with some commercial real estate brokers, and requested we not provide further details in this article in order for them to remain anonymous. Another source claims that Miniso Canada induced highly skilled retail professionals to leave secure employment in order to launch Miniso in a new province. Within six months of establishing several stores in the province, the retail professional’s employment would be promptly terminated so that the local licensee could take over the thriving operations. The ownership arrangement of Miniso Canada was said to be unique — the Canadian division would initially own a slight majority of the provincial franchise for Miniso and after opening several stores, the local partner would gain a majority share in order to continue with the operations.

Some sources we’ve spoken with for this story are speculating that Miniso’s Chinese parent is seeking to pull its assets out of Canada in response to the arrest of Meng Wanzhou, daughter of the founder/President of Chinese telecom giant Huawei. China has threatened Canada by saying that there would be ‘grave consequences’ after Ms. Wanzhou’s arrest in Vancouver on December 1, which was executed on the request of the United States as part of an extradition for alleged fraudulent dealings. However given the ongoing conduct on the part of Miniso Canada from sources we’ve spoken with, such speculation could be incorrect as there appears to be an ongoing pattern of deception prior to Ms. Wanzhou’s arrest.

We’ll follow up on this story as it progresses, and we also expect other media sources will be reporting soon, given the controversy.