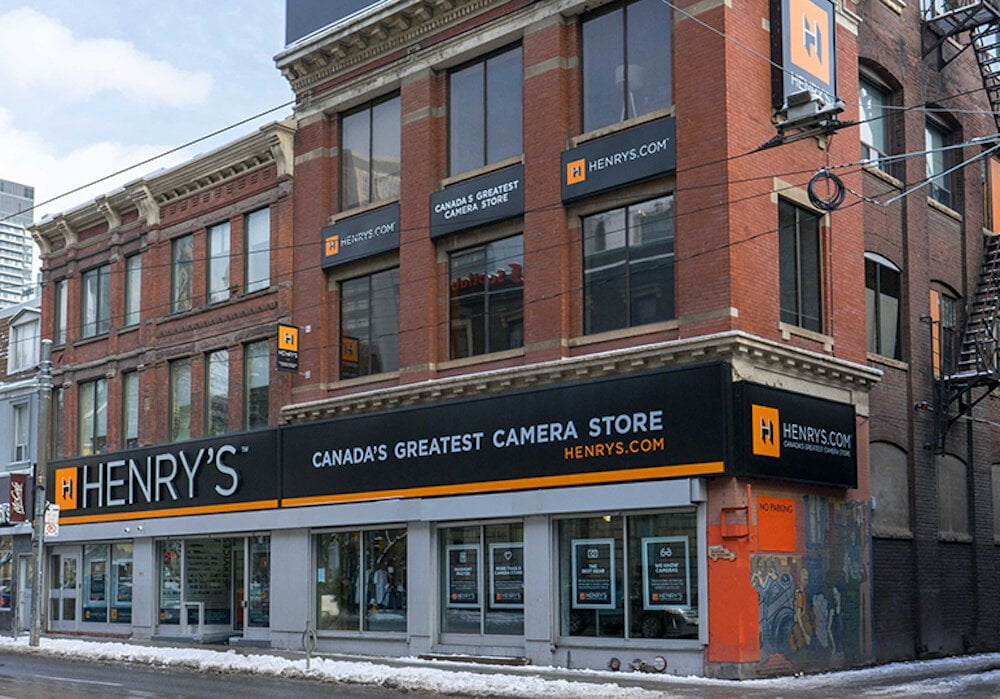 It’s often been described by those who have experienced it as a feeling of drowning. Its effects can be debilitating, rendering some completely and utterly helpless, skewing perspective, and sending senses and faculties of mind whirling uncontrollably. It’s a leading cause of disability in Canada. And yet, our understanding of mental illness, the anguish endured by those who suffer from any of its many forms, and the triggers in society that cause the hurt in so many is still not well understood by the general public. For this reason — to help support the mental health of all Canadians and continue to expel the stigma of mental illness — Henry’s Foundation is bringing the issue into focus through its dedicated work and the launch of its #uncapturedmoments campaign.

Founded in 2019 by the Stein family, and supported proudly by fourth generation family-owned and-operated creative retailer Henry’s, the Henry’s Foundation is a Canadian registered charity with a mandate to raise awareness around the issues and impacts of mental illness and, through charitable donations, help to support the efforts and initiatives of its national and regional partners aimed at addressing and improving the mental health of Canadians.

“Mental illness is something that touches everyone, either directly or indirectly,” says Amy Stein, Executive Director of Henry’s Foundation, adding that the issue of mental health is something she and her family feels passionately about. “It might be a neighbour who’s affected, a friend, co-worker or a family member. The statistics related to mental illness and the number of Canadians negatively affected by it are staggering. We want to make a positive impact on those who are suffering and help to lessen the severity of its effects and repercussions. Our objective is to continue advancing our work so that the positive impact that we make for those suffering from mental illness is long lasting and to expand its understanding with all Canadians.”

The statistics related to mental illness that Stein refers to are, indeed, staggering. According to the Centre for Addiction and Mental Health (CAMH), it’s estimated that in any given year about one in five Canadians experience the effects of mental illness. And, as individuals grow older, those numbers only increase, with at least 1 in every 2 people in the country having experienced a mental illness at least once in their life by the age of 40. What’s more, the many forms of the disorder do not discriminate, impacting everyone of all ages and backgrounds.

One of the ways in which Henry’s Foundation is already making its intended impact is through the many partnerships that it’s formed with mental health organizations across the country, including Kids Help Phone and Jack.org, Centre for Addiction and Mental Health (CAMH) in Toronto, VGH & UBC Hospital Foundation in Vancouver, Douglas Foundation in Quebec, and the Mental Health Foundation of Nova Scotia. By way of charitable donations, Henry’s Foundation helps to support the initiatives and programs offered by its partners, helping to forge a community of assistance and support for those in need, and a unified voice around the obligation to provide them with the proper help.

“Our wonderful partners are critical in providing mental health services and support across Canada,” says Stein. “They are partnerships that have been deliberately and purposefully formed. These organizations are leaders in the areas of their focus, providing Henry’s Foundation with a great cross-section of partners offering services, research, and programs that empower at all ages across Canada. These partnerships are so important to what we do and helps us realize our goal to reach as many Canadians as possible.”

Mental illness, which can be seen by the unenlightened as an inconvenience of society, can manifest itself in numerous ways, resulting in complications that can lead to family conflicts, relationship issues, social isolation, discontented life, challenges with addiction, legal and financial problems, poverty and homelessness, amongst many other challenges. It also rears its ugliness through physical reactions that can result in a range of ailments, from a weakened immune system to heart disease and other medical conditions and, in worst case scenarios when the proper care is not provided, self-harm and harm to others, including suicide or homicide.

The presence of mental illness can be caused by a multitude of conditions and factors and be contributed to in a number of different ways, including those that are brought on and impacted by feelings of social anxiety and marginalization. And, despite all of the wonders of communication that social media platforms have bestowed upon us, the false representation of perfection in an imperfect world that the medium has helped cultivate and personify has bred a feeling of inadequacy and failure in many, lending to a demoralization of self.

“People generally only post the highlights of their lives on social media,” recognizes Stein. “But there is much more going on in the background of everyone’s ‘real’ life that nobody gets to see because those things never get posted. Everyone has a tough time getting out of bed some mornings. Everyone experiences difficulties maintaining friendships and relationships from time to time. Everyone struggles. Life isn’t perfect and has its ups and downs. We saw this as an opportunity to leverage social media to build a community with the message that ‘it’s ok NOT to be ok’ and to encourage the sharing of real moments that may not be our best.”

The Henry’s Foundation #uncapturedmoments campaign, launched in alignment with Canadian Mental Illness Awareness Week and World Mental Health Day, challenges people to use their photographic creativity to share their everyday moments, unfiltered, in an effort to shift the narrative and shatter the illusion of perfection that’s infiltrated social media. By uploading images of “uncaptured moments” to the Henry’s Foundation website, or by sharing them on Instagram with the hashtag #uncapturedmoments, anyone can participate in helping to eradicate the stigma of mental illness and show others that they are not alone. In addition, the campaign, which runs until Saturday, October 10, will generate a donation of 25 cents from Henry’s Camera for tags, comments or images submitted, with proceeds of the campaign going toward support of the services of its mental health organization partners. Donations can also be made online at henrysfoundation.com or by visiting any Henry’s retail location. A selection of images can be found on www.henrysfoundation.com/moments

Stein, who worked for Henry’s for 19 years serving in various roles on the corporate side of the company before starting Henry’s Foundation, also recognizes the ways in which the COVID-19 pandemic has highlighted mental health and the need to provide the right support for those affected. Mandatory health measures and precautions, which have been directed toward advising people to stay home and avoid contact with others when possible, have resulted in increased feelings of anxiety and stress for many. In fact, 50% of Canadians have reported that the current pandemic situation has negatively impacted their mental health with an alarming 80% of the country’s workforce reporting the same, exacerbating an already prevalent and widespread issue.

“The pandemic has significantly impacted everybody’s mental health to some degree,” says Stein. “I think that’s the understatement of the year. Disruptions to our families and daily lives, the economy, the way we work and interact with people, has impacted everyone. And I think the things we’ve all been going through collectively have really emphasized the importance of our mental health and the fact that it needs to be made a priority now and moving forward, perhaps more than ever before.”

The critical role retailers and businesses play in supporting the health of their employees is also something that Stein addresses, pointing out their responsibility to do so.

“All businesses need to take it upon themselves to support the mental health of their employees. Those working in frontline customer service roles are experiencing a lot of anxiety. Some of them might be dealing with personal issues that employers may not be aware of. Employers need to listen to their employees, building relationships with them that are authentic, ensuring that they maintain regular communication, providing access to support resources. As leaders, we need to set an example, making sure that our employees feel supported and appreciated, giving back to the people and communities who have always supported us as a business”

Stein admits that it’s always been a part of the Henry’s Camera philosophy to give back to the communities it serves, and that the work being done by Henry’s Foundation is just another representation of the company’s vision. However, it seems to serve as an extremely important extension of its philosophy and vision, filling a vital role in a time of dire need. And, listening to the Foundation’s Executive Director vocalize her plans for the future, it seems the role Henry’s plays in supporting mental health will only continue to grow in significance

“We want to continue supporting our employees and their families across the country. And we want to continue to integrate and nurture a culture of mental health into the day-to-day operations at Henry’s, making it a priority in everything that we do as a company. But we also want to take our work and the positive change that we can influence beyond retail to reach every Canadian in need, and to continue working with our partners to help amplify the amazing work that they do in an effort to support the mental health of everyone from coast-to-coast across the country.”

Complex Promotions Are Helping Retailers Drive Sales and Loyalty in an...