Walmart Announces 150,000 SF Supercentre at Kingsway Mall in Edmonton with Westmount Centre Walmart Store to Close as a Result 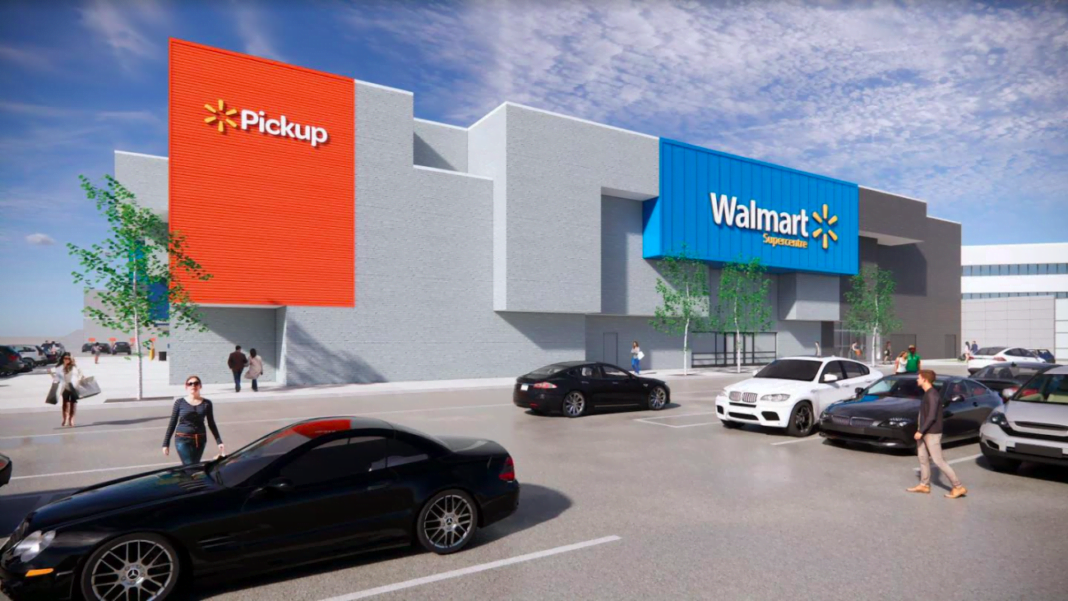 Walmart announced Thursday that it will open a 149,000 square foot Walmart Supercentre at the Kingsway Mall north of downtown Edmonton in the fall of 2022. The Walmart store will house general merchandise as well as provide an extensive grocery offering. It will replace a Walmart store currently located at the struggling Westmount Shopping Centre located about three kilometres to the west.

The Kingsway Mall Walmart store will be located in part of the mall’s former Sears space that has been vacant since early 2018 when Sears Canada shuttered all of its locations. The new Walmart will feature an ‘updated’ look and feel and will be considerably larger than the 91,500 square foot Walmart store at Westmount Centre. Twice as many employees will work at the new Walmart store — the retailer will be hiring 90 more associates with a total staff count for the Kingsway location expected to be at about 180. Several new licensees will be added to the Kingsway Walmart including a UPS Store. About 200 construction jobs will be created during the construction phase of the project.

“We are thrilled to be opening up a new Walmart store at Kingsway Mall as we aim to make the shopping experience simpler, faster and more convenient for our customers. Our customers will benefit from having an expanded assortment of products, including fresh groceries, at the new Supercentre,” said Derreck Cuschieri, Regional Vice President of Operations at Walmart Canada. “We’re excited about Kingsway Mall’s close proximity to the downtown core where customers can choose to shop in-store or online with in-store pickup or home delivery.”

“We’re experiencing significant momentum and consider the addition of Walmart a strong example of connecting our shoppers to a more convenient and seamless shopping experience within our community,” said Bradley Jones, Head of Retail at Oxford Properties which manages Kingsway Mall. “The retail momentum at Kingsway highlights the fact that it is a best-in-class shopping centre with a strong industry presence that continues to serve the community’s needs at large.”

The Kingsway redevelopment of the former Sears box features a total of more than 200,000 square feet of retail  space that will include future developed retail space in 2022. Several other retail openings at Kingsway Mall include Pür & Simple, Woodrack Café, Jollibee, Dollarama, and Osmows. Over twenty new stores have opened at Kingsway since the start of 2020, with more openings planned in 2021 according to Oxford Properties.

The resulting closure of Walmart at the Westmount Centre on Groat Road in Edmonton is bad news for the First Capital REIT-owned mall. The Walmart store, which opened in 2013 and replaced a Zellers location, anchors the north end of the mall in a space that was once occupied by a more upscale department store retailer Woodward’s. When it was built in 1955, Westmount Centre was a state-of-the-art mall and a draw for the region until larger and more popular malls were constructed in the city — the largest being West Edmonton Mall which opened in 1981.

Westmount Centre had been declining for years and is currently anchored by a Home Depot store, Safeway, Shoppers Drug Mart, Mark’s, and Dollarama. Many expect First Capital REIT to eventually redevelop and intensify the shopping centre property with multi-family residential given its location near several upscale neighbourhoods such as Glenora.