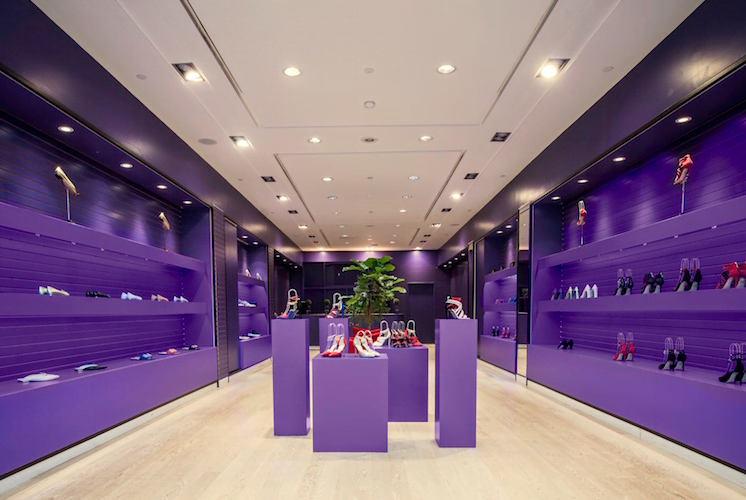 Toronto-based women’s footwear brand Zvelle has launched into the realm of brick-and-mortar retail, after previously selling exclusively online. Combining online with physical retail is a win-win strategy for the company, says Zvelle’s founder, and the next step could be permanent boutiques.

Entrepreneur Elle AyoubZadeh founded Zvelle in 2015 as a pure-play online retail venture, selling high quality, stylish and practical shoes at an accessible price point. She says that she’s always had a passion for shoes and luxury craftsmanship, and that she’s spent considerable time studying and working in luxury retail at university — not to mention, she specialized in luxury marketing while at business school.

After about a year of studying the industry and testing prototypes, she set out to create her own shoe business. Zvelle initially launched three shoe styles in a variety of colours, and has since expanded to 13, with more in the works. Her target customer is ‘global’ in nature and in many respects, Ms. AyoubZadeh would be considered part of Zvelle’s target market — she was born in Iran, grew up in Dubai, attended high school and university in New Zealand, and worked in Australia before moving to Canada several years ago to work in finance.

Zvelle began as an online-only brand, selling directly to consumers in order to keep costs down. The goal was always to expand so when a temporary retail opportunity became available at CF Toronto Eaton Centre in September of 2016, Ms. AyoubZadeh decided to test out brick-and-mortar sales for a period of about three weeks. The experience was positive, and Zvelle moved into another temporary retail space at Toronto’s CF Sherway Gardens in November of 2016.

Ms. AyoubZadeh quickly learnt that omnichannel retail has advantages. She said that she sees both the offline and online channel as part of Zvelle’s future growth. “We want to be where our customers want to shop, whether it is in store, online or via a text message,” she said. “The advantage of offline is the ability to create experience and bring the customer in to your world and to showcase all your merchandise under one roof.” Customer service is key to Zvelle, she noted, explaining how there’s a level of personalization in face-to-face interactions with customers — especially repeat clients for which Zvelle has access to their purchase behaviour and style preferences.

Recognizing the benefits of brick-and-mortar retail, Ms. AyoubZadeh opened another pop-up this month at Toronto’s Yorkdale Shopping Centre. The mall is Canada’s most productive, and it boasts exceptional foot traffic from a fashion-savvy clientele. Ms. AyoubZadeh says that she’s pleased with her space in the mall, which is in a central location and near a number of luxury brands.

Many experts agree that temporary retail space can benefit brands. “Pop-up retail is a brilliant move for online retailers to test the brick-and-mortar waters,” said Linda Farha, Founder and Chief Connector at pop-up go, an online platform that helps pair retailers with available temporary retail spaces, including a match service that provides access to the ever-growing pipeline of pop-up seekers. “Pop-ups allow retailers to try out new concepts, new neighbourhoods, and launch new products and build relationships with customers face-to-face  — when a consumer knows something is temporary, that scarcity will have them coming in to ‘get it before it’s gone’, be it a product or service”, Ms. Farha noted.

That scarcity could also include product exclusives — Zvelle’s Yorkdale location, for example, is the only place where consumers can buy its beautiful new Egyptian themed styles, as well as their iconic  ‘upside-down heart’ shaped designs (the ‘hearts’ are actually the Persian symbol for the number five).

Ms. AyoubZadeh explained that she’s pleased with her brick-and-mortar experiences so far, and is looking to take Zvelle to the next level. That could include permanent retail stores (in conjunction with expanded eCommerce) as the Zvelle brand expands into new styles, and potentially new product categories such as handbags. Ms. AyoubZadeh said that she has a vision of Zvelle becoming an international luxury lifestyle brand with permanent stores not only in Canada, but also globally.