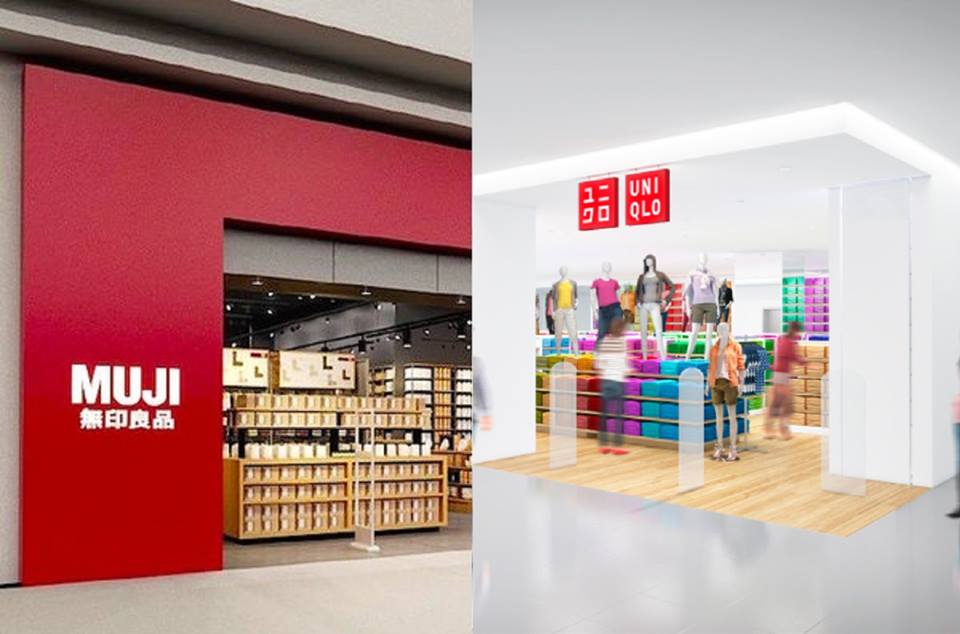 Japanese retailers continue to open stores in Canada. Over the weekend, Uniqlo and Muji each opened stores — Uniqlo opened its second location in suburban Vancouver, while Muji opened its fifth store in the Greater Toronto Area. Both companies have ambitious plans to continue opening stores in Canada.

Uniqlo opened its second Vancouver-area store in a 12,800 square foot space between The Gap and Old Navy at Guildford Town Centre in Surrey on Friday. There were lineups to get into the store despite the fact that Uniqlo also opened a 20,630 square foot store at Metropolis at Metrotown in nearby Burnaby in October of 2017. Uniqlo also recently announced that it would open an 8,010 square foot store at CF Richmond Centre this spring, making it a third for the Vancouver area.

Muji opened a 6,860 square foot store on Saturday at Scarborough Town Centre in Toronto, making it the largest in the city, at least for now. The store is located on the mall’s second-level next to Lululemon. Muji’s downtown Toronto location, which recently temporarily relocated, will see an expansion that some are saying could make it similar in size to the company’s impressive Vancouver Robson Street flagship that opened in December.

Both Japanese retailers are expanding aggressively across Canada, with plans for many more stores. In September of 2016, Uniqlo Founder and CEO Tadashi Yanai told Marina Strauss of the Globe & Mail that Uniqlo could eventually operate as many as 100 stores in Canada.

The company currently operates two stores in Toronto — a 33,400 square foot flagship at CF Toronto Eaton Centre opened in September of 2016 and a month later, a 30,000+ square foot unit opened at at the upscale Yorkdale Shopping Centre. A Uniqlo location on the west side of the GTA is expected to be announced shortly, and other locations are in discussion.

In an interview last year, MUJI’s Canadian President, Toru Akita, said that he expected MUJI to operate between 15 and 20 stores in Canada by the year 2020. The retailer will have eight stores in Canada by the spring, and the company is expected to soon branch out beyond the Toronto and Vancouver markets with new store locations — “Muji has a game plan and knows where it wants to be in Canada,” said a source at the company. Montreal is said to be a target and the company could see more flagships.

Japanese retailers continue to enter Canada — we’ll soon discuss a well-known variety retailer that will be opening more stores this spring. Last week, popular Japanese footwear brand ASICS opened its Canadian flagship on Queen Street West in Toronto, and more locations are expected to follow. One of the more aggressive retail expansions in the country is in the works at the moment for variety retailer Miniso, which plans to eventually operate about 500 stores in Canada — though in reality the retailer is Chinese and it positions itself as being a Japanese brand because of its styling and co-founder.

International brands continue to look to Canada and more retailers will be entering the market this year, including another Japanese footwear brand that we’ll discuss at a later date. Some homegrown retailers are seeing reduced sales as competition increases, and those that fail to innovate could meet their demise. Although some are saying that times are tough when it comes to leasing space to retailers in this country, it’s clear that some brands have plans to continue opening stores.