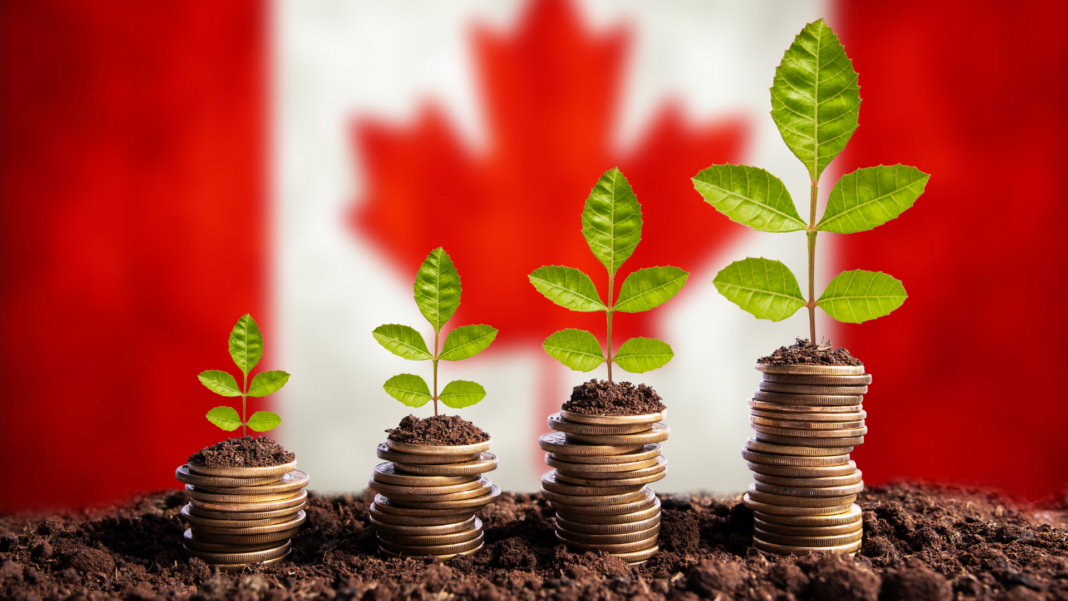 There’s no escaping the fact that the past 16 months or so have been incredibly challenging for most retailers operating across the country. Lockdowns and the persistence of social restrictions and protocols have hampered the efforts of brands, significantly limiting their potential to succeed and, subsequently, their ability to grow. However, as communities in provinces and territories from coast-to-coast gradually approach more favourable conditions, providing at least a meagre glimpse into a post-pandemic environment, experts are forecasting a return to consumer spending and a possible retail renaissance for those poised to capitalize on anticipated demand. In fact, according to Nathan Janzen, Senior Economist at Royal Bank of Canada, if the fourth wave of the pandemic can be contained, everything seems to be in place for a retail return.

“We’re fairly optimistic about retail over the coming months,” he says. “And optimism around retail performance continues to grow. The second half of the year is going to look a lot better for the economy than the first half. Right now, there’s really only one major headwind to growth, and it’s comprised of virus spread and containment measures. But, if impacts of the fourth wave of the virus can be minimized, we’ve perhaps seen the worst of the pandemic and associated lockdowns. And if we take away that headwind completely, it seems that there are opportunities for the industry to bounce back. Government supports have been larger than normal for households that have lost work, and spending options have been severely limited. As a result, households have accumulated a lot of savings. The spending power is already there. The only question is when households will feel comfortable going out and spending again.”

Recovery and a return to growth

Janzen goes on to explain that a full recovery of the industry is not expected to happen overnight and that there may be more time required for some given the sector and vertical that they operate within. He points to the high contact service sector – including hotel accommodation and food services – and fashion and apparel brands as those most heavily hit by impacts of the pandemic. Conversely, he recognizes sectors such as home improvement that have experienced success, despite lockdowns, as households have kept spending closer to home. In fact, he says that home renovation activity in Canada during the first quarter of 2021 was somewhere in the region of 16 percent above pre-pandemic levels. It all adds up to what he describes as a “different” kind of economic backdrop that’s highlighted by a disparity of challenges.

“There’s still a lot of weakness within different industries,” he says. “But they’re highly concentrated in the sectors that have been most dramatically impacted by lockdowns. And as provincial economies continue to open up, we’re expecting to see at least some kind of growth pretty much right across the board.”

Of course, physical lockdowns and social restrictions have not been the only impediments to success for the industry over the course of the past year-and-a-half. Disruptions to manufacturing and global supply chains have wreaked havoc on retailers as well, resulting in delayed shipments and inefficient inventory levels. And, fluctuations in vendor pricing and availability, combined with the plethora of other inconsistencies that the pandemic has brought about, have made forecasting next to an impossibility for many, resulting in a degree of uncertainty about the future. Despite these challenges, however, one area of the retail operation that has served to prop up otherwise pallid performance is ecommerce. In fact, according to retail consultant and expert, Ed Strapagiel, the digital channels have not only helped sustain sales, they’ve significantly changed the way the retail business operates.

“The economy at the moment isn’t too bad,” he says. “The unemployment rate is running a little high and the GDP growth rate is running a little low. But, for the most part, despite coming through a year-and-a-half of pandemic, the economy’s holding itself together reasonably well. During this time, the growth in ecommerce has gone a long way toward making up for at least some of the shortfall created by a lack of in-store sales. It’s representative of a digital transformation that’s accelerated by about 5 or 10 years. Many consumers switched to buying their products online, and in many cases, it was the only option that they had. And the impact has been profound, changing the economics of retail substantially. Now, brands need to figure in extra costs associated with order fulfillment, whether that’s curbside pickup or home delivery. It changes the profit equation of retailers who will be charged with figuring it out in order to succeed and maximize their profit going forward.”

Rise of a new normal

Figuring it out will not only mean optimizing revenue and growth, however, but will serve to address and appease a shift in consumer sentiment and preference when it comes to the digital channels. According to Statistics Canada, as a result of temporary store closures and physical distancing measures that took place in Spring 2020, online shopping immediately became a much more attractive proposition and alternative to the in-store experience. Many within the industry were quick to develop or enhance their ecommerce offering and capabilities – innovation and agility that resulted in an astounding 70.5 percent increase in retail ecommerce sales in 2020, accounting for 5.9 percent of total retail sales for the year, up from 3.5 percent in 2019. The explosion in online sales during the pandemic period has been remarkable. And it’s a change in consumer behaviour that Strapagiel doesn’t believe will ever recede completely.

“If the pandemic eases off, things will start heading back to where they used to be pre-pandemic,” he predicts. “But they’ll never get there. The genie’s out of the bottle. As a result, we’re going to have a new normal. But it’s really tough to judge exactly what that’s going to look like in such unique circumstances. In order to address this uncertainty, retailers have got to take a step back and really plan and strategize. Up to now, what’s happened to retailers in general has resulted in a scramble and a struggle to survive. They’ve got to take the time now to sort it all out. What ecommerce means for one type of retail business is entirely different for another kind of store. In the end, however, all of the rules of retail have changed seemingly overnight. Old adages like ‘we lose a bit on every sale but we make it up in volume’ just aren’t going to apply anymore in this new normal.”

Despite the challenges retailers across the country will face in adjusting to a new normal, both Strapagiel and Janzen agree that opportunities will also be presented in the form of renewed consumer confidence and spending. It’s a projection that bodes well for the industry whose players will be desperate to make up for a pandemic shortfall heading into the lucrative holiday shopping season. And, although much of the spending is expected to be directed toward the high contact sector as a result of pent-up consumer demand for experiences, Janzen says that it will also be reflected in retail sales, contributing toward a strengthened economy over the second half of the year.

“There’s normally a lot of concern coming out of a recession,” he points out. “There’s often a lot of structural damage that takes a long time for the economy to bounce back from. People have lost jobs and businesses have closed. It usually takes time for demand to recover and for businesses to reopen and rehire workers. However, I think that there’s some optimism this time around that the bounce-back could be faster, even for some of the hardest hit industries and sectors. So, it’s not so much whether or not there will be a recovery over the second half of the year, which is very much expected. It’s a question of whether the recovery might be too fast and too strong, which could then stoke some inflation pressures.”

Strapagiel also recognizes that recovery for the economy and the retail industry may be swift, adding that it’s obviously contingent on the severity of the impact of the fourth wave of the COVID-19 virus. However, he does point to the issue of the acquisition of physical human resources as one of the biggest challenges that retailers face over the few short months ahead as we approach the most critical period on the retail calendar.

“I suspect that spending levels will be strong,” he asserts. “But, will retailers and associated businesses be able to staff up appropriately? There’s a labour shortage at the moment, or so it seems. In fact, it may actually be a wage shortage as retail service workers are questioning whether or not they want to risk their lives for minimum wage. On the consumer side, they will revel in the opportunity to get out again, walk through stores to see what’s new and to spend. People are going to get out more, so they’re going to need more things. They’re going to let loose for a little while. It’ll likely result in some inflation, but the average consumer isn’t going to care. In the past, when we’ve experienced periods of high inflation, consumers just kept on buying.”

If fourth wave lockdowns can be avoided, we may be approaching the end of a very long period of restrictions and stagnated growth, as well as some reason for encouragement and optimism. A combination of consumer household savings accumulated during the pandemic and an increasing desire among consumers to spend and experience represents massive opportunities for retailers to capitalize on a possible boom that could teeter on something of a retail renaissance, at least for a short time. However, although this might be true, Strapagiel cautions retailers, suggesting that they proceed with focus and consideration.

“If you think back about a year-and-a-half ago, nobody had any idea at all as to how COVID was going to impact retail or any other industry. We all knew that it wasn’t going to be good. But we didn’t have enough specifics. Now, as we seem to be coming out on the other end of it, the pendulum is swinging the other way. We just don’t have a good handle on how far it’s swinging back. Therefore, it’s important not to overreact to what might look like an increase in sales. It’ll be dangerous to mistake the bounce-back for the return of good times. In order to optimize success through the next 6 to 12 months, retailers are going to really need to think things through and incorporate safety measures and backup plans into the business, taking their recovery in stride.”

Sean Tarry - November 30, 2021
Consumers are now expecting online experiences to be as good or better than those in store, and failure to live up could lead to loyalty shifting to other retail brands.

Holiday Shopping Season in Canada Expected to be Robust for Retailers...

Sean Tarry - November 29, 2021
Optimism around the upcoming holiday shopping season spreading across categories and channels according to experts.